Abraham, Great-Great Grandma Mary, And Me 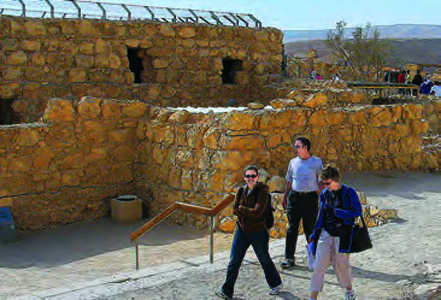 I can trace my family lineage to 1700s Europe. All of my ancestors were Jewish. Some were secular, not synagogue-goers. Some were religious, and would not understand a woman rabbi.

But my ancestry really dates back 4,000 years ago, when Abraham had an idea he passed along to his son Isaac, and his son Jacob, and his son Joseph, and so on down the line until my Great-Great Grandma Mary, whose observance looked almost nothing like Abraham and Sarah’s, passed it down to her daughter Great Grandma Rose, after whom I am named, who stopped keeping kosher in her generation, who passed it down to my Grandpa Bernie, who was born in the United States and led our family seders, who passed it down to my mother, who lit candles for the Sabbath and gave us a present on each night of Hanukkah, who passed it down to me, who, along with my husband, am passing it down to our daughters, who may not know the rituals of 100 or 1,500 years ago, but who do know that because we are Jews we must speak and act out against violence, hunger, and injustice in the world.

I represent the continuing development of Judaism. This I believe: My essence is not as an individual, autonomous human being living an isolated existence. My essence is a soul fashioned as a part of God’s creative expression. My soul is woven from the threads of the stories of all the people who came before me. I am a thread in the tapestry of the Jewish people, and the Jewish people is a panel in the tapestry of humanity.

How we treat each other affects the vibrancy of this tapestry. So Judaism teaches me to treat you with kindness and respect. Sometimes I fail. Then it teaches me how to repent and seek forgiveness. When I live according to Judaism, I live as a better neighbor and citizen and friend and relative and stranger.

My Judaism expands and contracts. It changes when I learn something new. When I first began living a consciously Jewish life, for instance, the official label of “kosher” was important to me. But after almost 20 years as a vegetarian, when I decided to begin eating meat again, I considered not only traditional but also spiritual teachings about kashrut—concluding that I could not personally consider the slaughter of animals pumped full of chemicals and treated cruelly throughout their lives as “kosher,” regardless of how “humanely” they were slaughtered.

My Judaism changes when my teachers learn something new and I am challenged to redefine my own thought and practice. Now I am reading Eboo Patel’s Acts of Faith, a reminder that my teachers are not limited to the Jewish people, but encompass luminaries from many religious traditions who guide our world towards peace.

My Judaism also changes when my students learn something new. In 2005, Diane, a congregant and fluent Spanish speaker, came to me wanting to learn to read Hebrew. She found the task daunting, but through much effort, learned some rudimentary Hebrew. I also taught her nuances of Israeli culture as we toured Israel on a congregational trip, and she enthusiastically delved into the culture, using her newly acquired Hebrew speaking and reading skills to order food and ask about items in local shops. Later, with my encouragement, she embarked on a medical mission to Guatemala as a translator. I saw these two experiences as interrelated—first she’d engaged with a new language as a first-timer in Israel; then she’d ventured abroad on a challenging assignment as a volunteer without a medical background. All of this helped me buoy the courage I myself needed to volunteer with American Jewish World Service in Muchucuxcah, a small village in Mexico, where I knew neither the language nor the culture. Our group of rabbis helped build fish tanks to serve as sustainable agricultural systems in people’s backyards. We also spoke with local villagers about their histories, concerns, and hopes. None of the rabbis spoke Mayan; a few conversed in Spanish, the villagers’ second language. My own reliance on translators limited the depth of my experience of global justice—and simultaneously renewed my appreciation for Diane, who learned Hebrew to deepen her experience of Judaism, as well as other adults like her.

After our Hebrew studies and Israel trip, Diane gave me a piece of art with this quote from the Mishnah: “Provide for yourself a teacher, and acquire a friend” (Avot 1:6). She thought I was her teacher, but it is I who have learned from her in striving to be a courageous person.

Our Judaism also changes when we allow ourselves to be renewed by our exploration of how-to-be-close-to-God-and-each-other-through-religion. This year, for the Pesach through Shavuot period of Counting the Omer, I asked congregants to commit to a mitzvah and consciously pursue it as a Jewish value. Just one day after accepting the challenge to engage in interfaith dialogue as an expression of v’ahavta l’rayacha kamocha (loving your neighbor as yourself), a recently widowed woman told me that her neighbor had brought her a meal from her family’s Easter dinner. The two women began to talk about their different faith backgrounds and what religion meant to each of them. At that moment the congregant became aware that through this conversation she was fulfilling a religious task. In reaching towards understanding someone with beliefs different from her own, she felt herself striving towards loving her neighbor as herself. Although this commandment has historically referred to Jews’ relationships with other Jews, for her, applying it to her neighbor heightened the meaning of the exchange.

My religious choices and changes humble me. They remind me that I do not live just for myself. God wants us, as God’s partners, to create justice and mercy and beauty in the world. My ancestor Abraham discovered a relationship with God, and now that relationship is, by inheritance, mine to continue to develop and convey to the next generation.