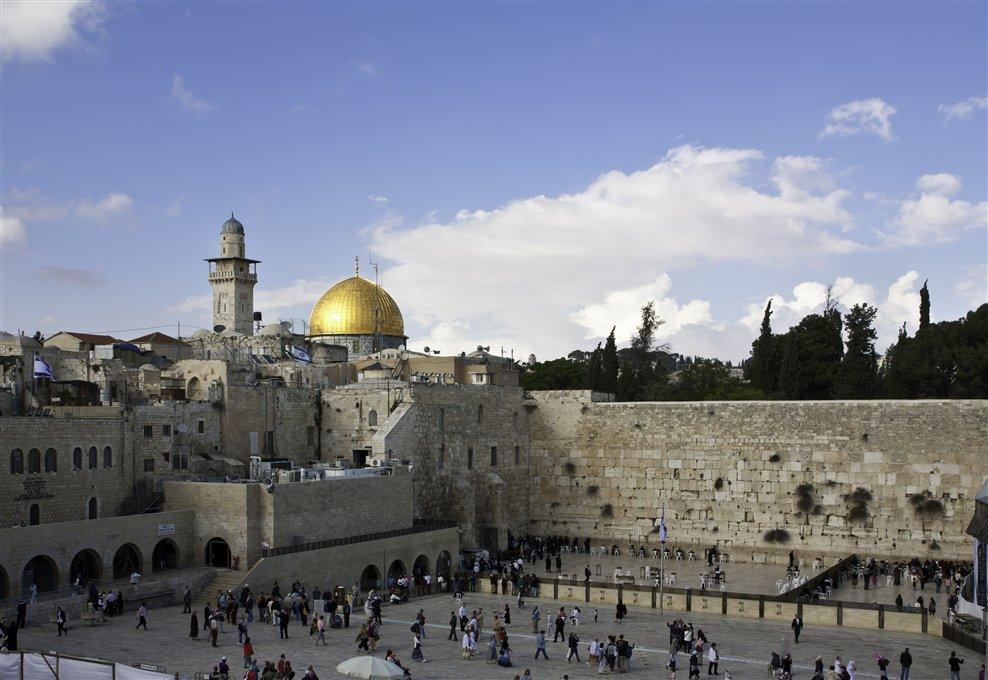 Jerusalem is a city alive with history. In fact, because of a municipal law that requires all buildings to be faced with Jerusalem stone, even the McDonald's looks ancient! For such an ancient and holy city, it's difficult to select just a few must-see historical attractions, but that is what we've attempted to do. Don't worry though; Jerusalem is small and you'll probably stumble across a few accidentally, especially if you get lost in its tangle of tiny streets.

The Western Wall (Kotel), perhaps Israel's most well known historical site, sits at the heart of Jerualem's Old City. For thousands of centuries, Jews have come to pray at the Western Wall, believing that God's spirit loomed large over this place where the great temple once stood. The age-old custom of inserting notes written with wishes and prayers into the crevices of the Wall is one that children and adults both enjoy. As many visitors to the Western Wall have commented, you don't have to be religious to feel the mystical powers of this ancient structure and be deeply moved by it.

The Ein Yael Open Museum is the closest you'll get to time traveling in Jerusalem. Ancient terraces, orchards, patches of agricultural land, and agricultural tools appear throughout the site, ushering visitors into the world of those who lived in the Land of Israel during the times of the Bible and Mishnah. Visitors are invited to get acquainted with daily life in this period, by using methods and materials from throughout history.

The Church of the Holy Sepulcher is the site of Jesus' burial and crucifixion, and is one of the holiest places in Christianity. Six different religious authorities control the church, with separate prayer times for each denomination. For non-Christians, it is a fascinating and unique historical site providing insight into the Christian religion.

The Jewish Quarter is located in Jerusalem's Old City and houses the remains of Jewish life from various times in history, including mansions from the time of King Herod; the Ramban Synagogue, founded in the Middle Ages; and remnants of Jerusalem's walls from the time of the First Temple.

Ein Kerem, one of Jerusalem's most picturesque neighborhoods, is an historic village thought to be the site of John the Baptist's birth. It has been the site of Christian pilgrimages for many years, and boasts beautiful churches and monasteries in addition to charming stone houses and cobblestone streets.

The Gates of Jerusalem, built in the 16th century by Turkish Sultan Suleiman the Magnificent, still serve as entryways into the Old City. There are a total of eight different gates: The Zion Gate, The Dung Gate, Gate of Mercy, Lion's Gate, Herod's Gate, Damascus Gate, The New Gate, and The Jaffa Gate.

The Kotel Tunnels showcase remains of Jerusalem from the first century C.E. Archaeologists found the Herodian road that ran alongside the Temple Mount, along with ancient cisterns, an aqueduct, and more. Excavations are ongoing, but what has been discovered thus far already provides visitors with a true sense of Jerusalem during its heyday.