An interview with Mitchell Reiss 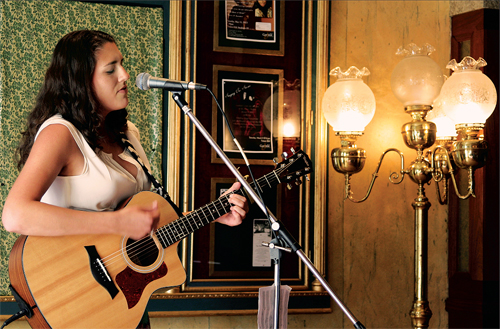 What is the best advice you can give a high school student who's deciding on a college and a career?

You're not going to be very successful or very happy unless you're really enthusiastic about what you're doing.

If you don't yet know where your passion lies, take a cue from the French, who have the expression, "The appetite comes with the eating." In other words, in higher education you can sometimes find your passion by taking a variety of different courses. This is one of the great advantages of a liberal arts education: it allows you to try different courses and see if you might like something you don't imagine you would.

Finding your purpose in life is what a great undergraduate experience is all about. The best colleges help students find that passion. I believe a liberal arts institution can do this better than any other model on the planet.

About a third of young people are getting jobs in industries that didn't exist 10 years ago. How do you educate students for jobs that don't yet exist?

You teach them transcendent skill sets, the most important of which is how to think critically, dissect, and analyze situations. Communicating effectively both in writing and in speech is another essential skill we emphasize. We also stress that possessing these skills is necessary but not sufficient; students also need to develop the moral courage to speak up when they believe something is wrong. Take some of the great mistakes over the last decade-the BP oil disaster, the Penn State sex scandal, the presumption of WMDs in Iraq-in each instance, individuals knew that something wasn't right or that misstatements were being made, but nobody spoke up and it led to disaster. In teaching the importance of ethics, integrity, and character, we hope that our graduates will go out into the world with the discernment to make judgments for themselves and the moral courage to act on them by speaking up even when it's unpopular to do so.

Graduates of art-focused schools rack up the most debt. Should students choose a more marketable career option?

As I said, students should follow their passion, but they also need to think practically. A great way to do this is a double major, with one major in the arts and a second in a more commercially attractive field. So be a music major, for example, but also study business or economics or biology. At Washington College, we've put more resources into career counseling and services, helping students map out their years with externships and summer internships, and connecting them with devoted alumni, so they become highly competitive on the job market. It's paying off: More than 90% of the students in our last two graduating classes who were seeking work have found jobs.

I also think it is wrong for schools to burden families and students with more debt than they can manage. To help our students graduate with as little debt as possible, we provide generous financial aid packages wherever possible and advise families about state and federal funding sources. Our track record is extremely good; over the past decade, only one student has defaulted on a loan.

Since becoming president in 2010, you've taken significant steps to make Washington College an inviting place for Jewish students. What prompted you to expand the Jewish presence on campus?

My aim has been to make the college a more inviting and welcoming place for all students regardless of background, ethnicity, or religious tradition. Perhaps, though, it was a little easier for me, given my own Jewish background, to move quickly in rolling out programs that would attract Jewish students. And even before I arrived on campus, a number of Jewish alums who knew I was Jewish urged me to make the college more welcoming to Jewish students than it was in the in the 1950s and 60s, when there were very few Jews and those who were on campus felt isolated. We talked about starting a Hillel House, and within a very short period of time we were able to raise the money. It opened in spring 2012 and has been a great success. Also, a dynamic young faculty member took the lead on developing our study abroad program in Israel-and our students got to hear the candidates for prime minister debate in Jerusalem this past January. A Jewish alum, Roy Ans, has also underwritten a fellowship that provides funds for a student research project related to the Jewish-American experience. I believe these are among the reasons why about 10% of our 1,450 students are Jewish.

Your Hillel House makes a big point of inviting non-Jews to events.

Yes. The goal is to encourage students to get to know, talk about, and appreciate each other's cultures and traditions. I know of at least one Muslim student and several Christians, some of a mixed religious background, who are regulars at Hillel events.

How do Jewish values influence your thought and work?

I grew up in a Jewish home that revered learning, knowledge and social justice, and I carry forth these ideals. My conviction that we must all stand up against injustice has been shaped by ethical Jewish principles. And I bring my Jewish heritage into my life and work in other ways. For example, one of the great benefits of being president of Washington College is getting to live with my family in a grand old president's house built in 1743. On its front door is a mezuzah I bought at the Yad Vashem gift shop in Jerusalem. I'm reasonably certain that the house never had a mezuzah on the front door until Elisabeth and I got here.

In 1783, George Washington made a donation to the college bearing his name. How do you think he'd react if he came back and saw the mezuzah on your door?

I think he'd approve. After all, in his famous 1790 letter promising sanctuary to the Jews of Newport, Rhode Island, President Washington proclaimed: "To bigotry no sanction, to persecution no assistance…." Those values resonate as much in the 21st century as they did in the 18th century, and they provide a beacon for the College and our students to this day.