What's Jewish About the Jewish Wedding? 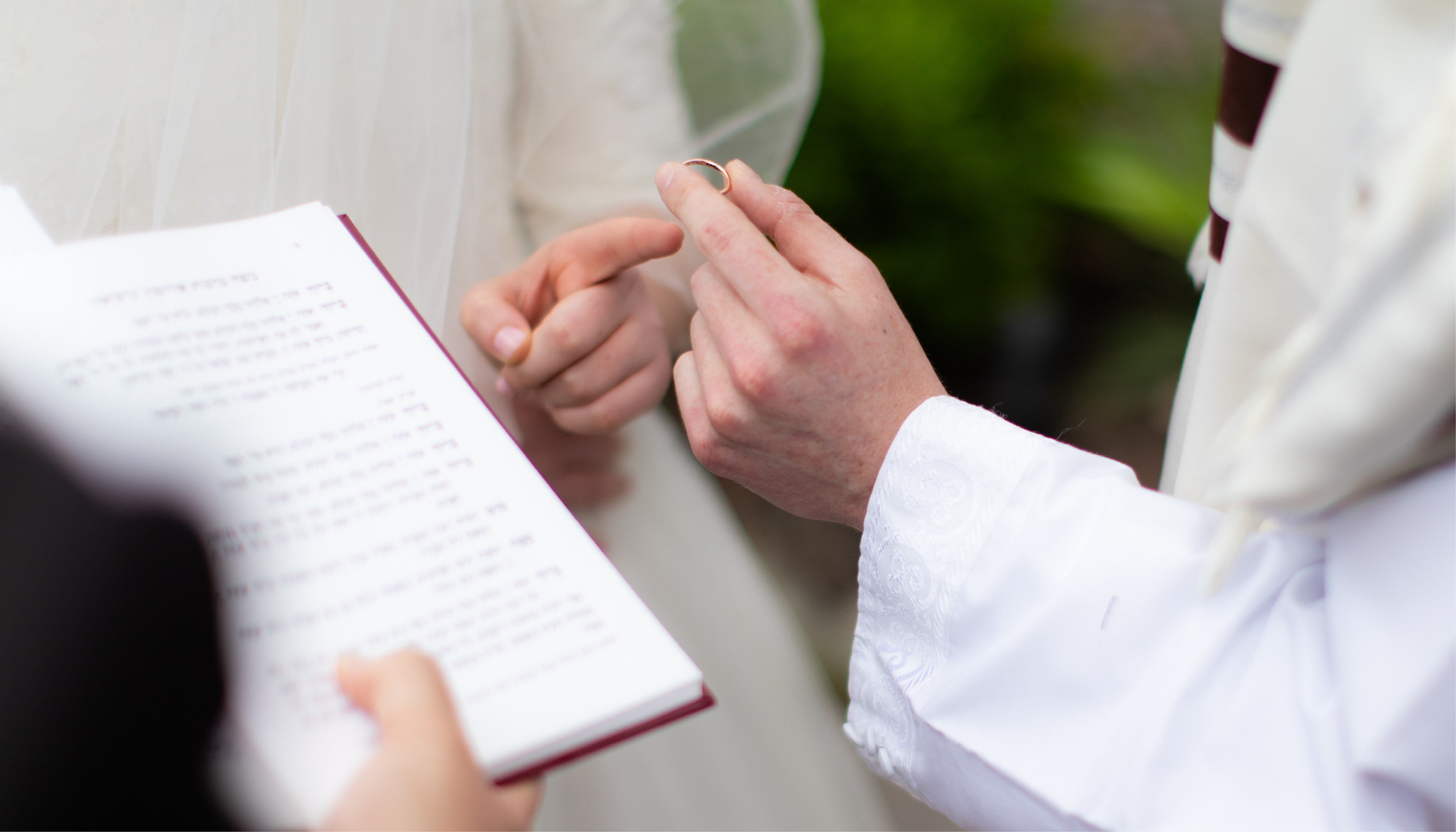 The most difficult issues in contemporary Judaism revolve around life-cycle events. With the exception of the Days of Awe, Jewish spirituality has shifted from the festivals to the life cycle. Congregants rarely ask their rabbis questions about Passover protocol or the intricacies of building a sukkah. The common queries are these: "Does my son really have to be circumcised?" "Why should my daughter attend religious school for five years in order to become bat mitzvah?" Do you perform intermarriages?" "Is there anything that remains of us after death?" Such moments often compel us to confront the big issues of life and to clarify our beliefs and commitments.

These days, no life-cycle ceremony causes as much concern among Jews as the wedding, for more than any other ritual, it reflects the sacred flow of Jewish history, tradition, and theology.

On one level, the Jewish wedding signifies a new partnership between two people and two families. On another, it is a sacred drama-an allegory of the covenantal relationship between God and the Jewish people. The Jewish imagination deliberately merges those two covenants-husband and wife, Israel and God-each mirroring the other.

The purpose of both covenants is to create and celebrate kedusha, which comes from the same Hebrew root as the word for marriage, kiddushin, meaning to be sanctified, set apart, lifted above the animal-like and mundane, touched by God.

For Jews, kedusha means that something has been invested with Jewish value and meaning. Judaism presents us with a living vocabulary and grammar of holy places (Eretz Yisrael, Jerusalem, the home, the synagogue); holy times (life-cycle ceremonies, festivals); and holy relationships (God and the Jewish people, parent/child, and marriage-the "holy of holies" of human relationships). Kiddushin, the Jewish wedding, affirms that we are created in God's image, and the act of marriage endows the husband/wife relationship with holiness.

The recitation of psalms is followed by the Shehecheyanu, giving thanks to God for bringing us to this sacred point in time. This blessing, which is not included in traditional weddings, underscores the crucial importance of the sanctity of this moment in the life of the couple, the family, and, by extension, the Jewish people.

The birchot erusin begins with the blessing over the wine, followed by: "We praise you, Adonai our God, Ruler of the Universe, who hallows us with mitzvot and consecrates this marriage." The Hebrew, which translates, "God has permitted us to marry certain people through chupah and kiddushin," reminds us that there are both permitted and forbidden sexual relationships (adultery, incest, and those who are already engaged to someone else).

The couple then declares that each is holy to the other with the central statement of the wedding ceremony and the exchanging of rings: Hare at mekudeshet (attah mekudash) li betaba'at zo k'dat Moshe v'Yisrael, "With this ring you are consecrated to me as my wife (or husband) in accordance with the law (more accurately, religious teaching) of Moses and the people Israel." This statement has two functions. First, it declares that husband and wife are holy to each other. It is as if they were saying, "As Shabbat is to Jewish time and as Jerusalem is to Jewish space, you will be to me." Second, it affirms that the wedding occurs with the blessing of Jewish tradition. Hare at confers the seal of Jewish authenticity.

That authenticity is as primal as God's love for Israel, for, at this point (in one version of the Reform wedding ceremony), the bride and groom echo God's covenantal words to the Jewish people through the text of the prophet Hosea: "I betroth you to me forever; I betroth you to me with steadfast love and compassion; I betroth you to me in faithfulness." (Hosea 2:21-22) These are the same words that a pious Jew recites when putting on tefillin. God and Israel, husband and wife-all are part of the same sacred reality.

The ceremony then turns to the birchot nisuin or wedding blessings. The sheva berachot (seven blessings) form the liturgical centerpiece of the wedding ceremony, reflecting the essence of Judaism from creation to redemption.

Thus, the seven blessings contain almost everything one needs to know about Judaism. There is creation and redemption-a symbolic return to the Garden of Eden, the closest thing to perfection humanity has ever known; and there is the return to Zion. The sheva berachot bring us from the beginning to the end of time.

The Promise of Tikkun

The final act of the traditional wedding ceremony is shattering the glass, a custom with many interpretations including to scare off demons who frequent celebrations, to bring revelers back to the reality of daily living, and to recall the destruction of the Temples in Jerusalem. It also reminds us of tikkun olam-that it is our task to repair this shattered world.

The Jewish wedding ceremony is far more than a mere "celebration" in which two Jews declare their love for one another. It is Judaism in miniature-a cavalcade of Jewish meanings, images, theological notions, and historical memories.

We tamper with these meanings at our peril.