A Blessing for Voting – and Why It Matters So Much 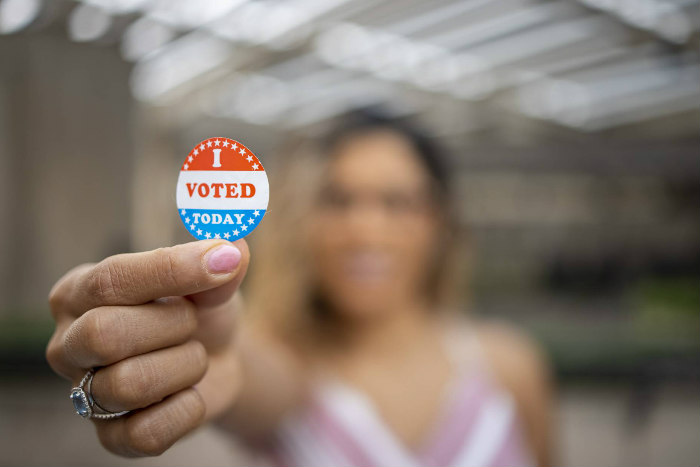 As a regular respondent in Moment Magazine’s Ask the Rabbi column, I once responded, when asked, that yes, indeed, it is a mitzvahmitzvahמִצְוָהLiterally, “commandment." A sacred obligation. Jewish tradition says the Torah contains 613 mitzvot Mitzvot refer to both religious and ethical obligations. to vote. While not commanded in Torah, I wrote,

…voting is so important that one should sell one’s tefillintefillinתְּפִלִּין"Phylacteries." Leather boxes and straps worn by religious Jews daily except on Shabbat, holidays, and fast days. "Laying tefillin" is the expression commonly used for putting them on.  – a symbol of one’s commitment to observing the mitzvot – in order to do so. I would suggest that for us, today, voting is more than a right or a privilege. It is an obligation incumbent upon us as equal citizens in a democratic society.

During election season, I work hard to get out the vote, making phone calls to registered voters and encouraging them to exercise their right to vote. I receive a plethora of responses to my calls, but among the most distressing are those from people who tell me they do not plan to vote. I tell them, “Regardless of who you select, you must vote. It is your right, your obligation as a citizen of this country. If we really believe in democracy, it is incumbent upon each of us to let our voices be heard. We do that through our electoral process. Vote!”

The most pride-filled moments of these calls come when I speak with young adults, 18- or 19-year-olds for whom I know this will be their first time voting in a presidential election. I ask, “Are you excited about this opportunity to help select our next president?” I encourage them to take that responsibility seriously. I want to say, “Mazel tovmazel tovמַזָּל טוֹבLit. "a good star." Colloquially, "congratulations." !”

My instinctual “Mazel tov” response triggered something for me: I, as a voter, view this civic obligation also as a sacred act. It is worthy of congratulations! In the same vein, perhaps it is worthy of a blessing, as well.

Others have written kavanotKavanahכַּוָּנָהOne’s personal intention or direction of the heart when praying or performing mitzvot; the intentions and devotions individuals bring to their own prayer; often juxtaposed with keva.  to be read before voting. Rabbi David Seidenberg wrote a Voting Prayer, and Rabbi Michael Lerner has written a meditation before going to vote, yet neither of these is constructed as a blessing in accordance with Jewish tradition, which should start with these words:

Baruch atah Adonai Eloheinu, melech ha-olam…
Blessed are you, Adonai our God, Sovereign of the Universe…

Our Jewish tradition helps us mark many sacred acts with blessings. We say blessings for both ritual experiences as well as for day-to-day occurrences which are worthy of being elevated to and set in a sacred frame, such as seeing a rainbow, eating a first fruit of the harvest, or meeting a wise scholar. Why not a blessing for voting?

So, I offer up this blessing:

Baruch Atah Adonai, Eloheinu melech haolam,
she–me׳tzapeh me’itanu l’asok b’avodat ezrachut ha’medina.
Blessed are you, Adonai our God, Sovereign of the Universe,
who expects us to engage as citizens in our country.

When you step into the voting booth, or before you seal the envelope on that vote-by-mail ballot, consider sanctifying the moment. We are blessed to live in a time and a place in which we as Jews can freely vote. Treat that obligation with the reverence such an act deserves – with a blessing.

Not sure of your polling place? Visit vote.org to determine where and how to vote. 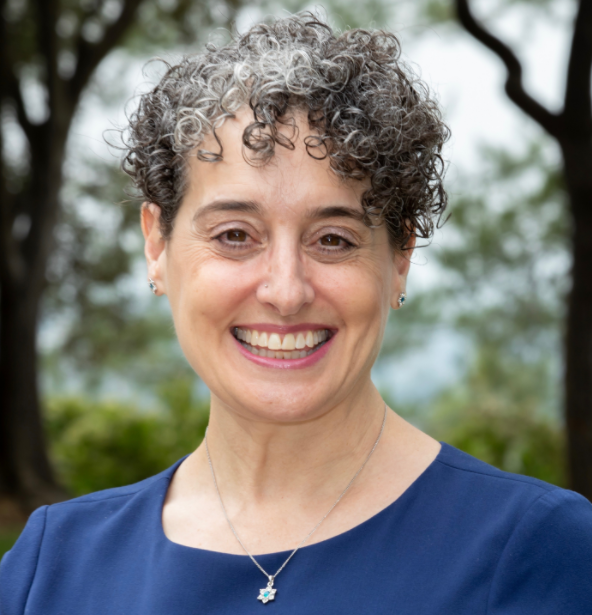 Rabbi Dr. Laura Novak Winer, RJE is the director of clinical education at the Hebrew Union College's Rhea Hirsch School of Education in Los Angeles. She has worked in and with a variety of afternoon school settings and her current research foci are Israel education and the supplementary school. She is a former president of the Association of Reform Jewish Educators and blogs at Rabbi Laura.