3 Radical Facts About Martin Luther King Jr. and How to Honor His Full Legacy 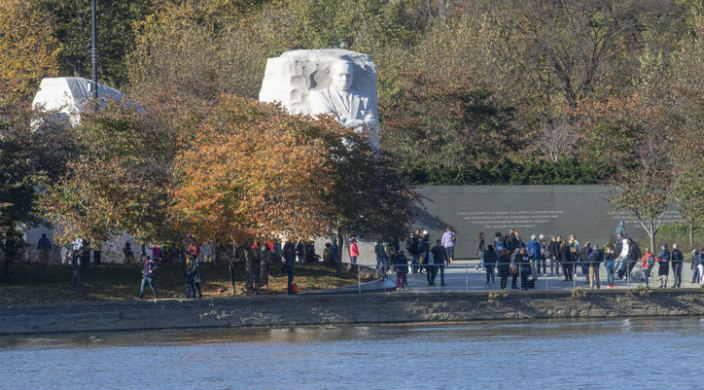 However, we are often presented with a sanitized, nonconfrontational version of Dr. King that is a far cry from the radical activist who was reviled for his justice work. Whether these misconceptions are promoted by those who are genuinely unfamiliar with Dr. King’s true history or by those who seek to silence today’s black activists with his more “acceptable” example, one thing is clear: there is a whole lot more to Dr. Martin Luther King Jr.’s inspiring legacy than we are taught in school.

In fact, if he were alive today, I think he would he be just as reviled as he was back then. Here's why.

Because he preached and practiced nonviolence, many showcase Dr. King as an advocate of sociopolitical centrism, always seeking a middle ground. The reality, however, is far different. While Dr. King preached peaceful methods of creating change, he abhorred the notions of “playing nice” and remaining neutral.

“…Over the past few years, I have been gravely disappointed with the white moderate,” he wrote in his 1963 "Letter from a Birmingham Jail." He chastised the white citizen who was “‘more devoted to order’ than to justice…who constantly says: ‘I agree with you in the goal you seek, but I cannot agree with your methods of direct action’…who constantly advises the Negro to wait for a ‘more convenient season.’”

Although Dr. King called out acts of blatant racism, he had come to expect them from those who openly despised him and his work. What truly unnerved him were those who claimed to be his allies while policing his methods. We should not ignore Dr. King’s message about “the white moderate.”  His quote forces us to ask of ourselves whether we are truly listening. If not, how can we, as Jewish activists, be better allies to those whose causes we claim to champion?

Dr. King did not, as some like to believe, have an unconditional love for “law and order.” Although he did say, “One has not only a legal but a moral responsibility to obey just laws,” he continued, “conversely, one has a moral responsibility to disobey unjust laws. I would agree with St. Augustine that 'an unjust law is no law at all.’” He had a criminal record; he was arrested repeatedly for bus boycotts, participating in a sit-in, protesting without permits, and holding a prayer vigil, among other things.

Although King conceded that riots “merely intensif[y] the fears of the white community while relieving the guilt,” he acknowledged them as “the language of the unheard.” When people condemn black activists and claim they should be more like Dr. King…well, they already are. While obeying just laws is obviously important, history has proven that questioning and protesting unjust laws is an intrinsically Jewish value that we cannot ignore. We are obliged to follow Dr. King’s footsteps by exposing legalized oppression.

3. He had radical views about American poverty.

On numerous occasions, Dr. King’s social and political views have been distorted to benefit others’ agendas.

In a 1952 letter to his future wife, Coretta Scott, Dr. King stated, “I imagine you already know that I am much more socialistic in my economic theory than capitalistic…[Capitalism] started out with a noble and high motive…but like most human systems, it fell victim to the very thing it was revolting against.” Two weeks before his assassination in 1968, in arguably his most direct and damning takedown of oppressive economic power structures, he told a crowd at Bishop Charles Mason Temple of the Church of God in Christ: “If America does not use her vast resources of wealth to end poverty and make it possible for all of God’s children to have the basic necessities of life, she too will go to hell.”

Fifty years later, have we taken Dr. King’s advice to heart? Have we used our nation’s “vast resources of wealth” to eradicate poverty and establish an equitable society? Sadly, we have not.

On this upcoming Shabbat Tzedek, I encourage you to study the life and work of Dr. Martin Luther King Jr. All of it. Not just his palatable “I Have a Dream” side and not only the side on which Rabbi Abraham Joshua Heschel stands beside him. Study and emulate the parts of his work that may make you uncomfortable. Only then can we truly follow our sacred tradition’s imperative to pursue justice. Only then will we make Dr. King’s vision a reality.