How is this box different from all other boxes?

How is this box different from all other boxes?

Ask anyone in humanitarian aid circles what is the most useful tool for fundraising and the answer will almost always be “the camera.” Whether or not it is possible to raise funds without taking photos of people in often desperate situations is the question that now rocks the Israeli NGO community. Moshe Kahlon, Israel’s Minister of Welfare, announced that his ministry will no longer support NGOs who distribute food in public allocation centers where photographs are taken. He said recently on the radio, “It robs people of their basic dignity, and I won't have it."

The NGOs, in response, are attacking him for focusing on how the aid is being distributed instead of on why NGOs in Israel must supply basic needs to over a million Israelis living in desperate conditions while much of Israel prospers.

While this argument is raging in the Israeli press, IRAC’s own Keren B’Kavod packed and distributed food without taking one photograph of the recipients and received thousands of dollars in donations from Diaspora and Israeli donors. We discovered that a self-imposed ban on taking photographs of recipients forced us to come up with creative solutions based on Jewish texts and tradition. After all, the highest level of tzedakah is to give without knowing who receives and for the recipient to not from where it comes.

In that spirit, instead of taking pictures of poor people standing in line for a package, we photograph the line of people who are packing the packages. Our volunteers are people who received assistance in the past and now want to give back to others. The 25 items in the package include olives, pickles, tuna, potato flower, cookies, legumes, toothpaste, shampoo, a white tablecloth, chocolate and a 200-shekel clothing coupon. 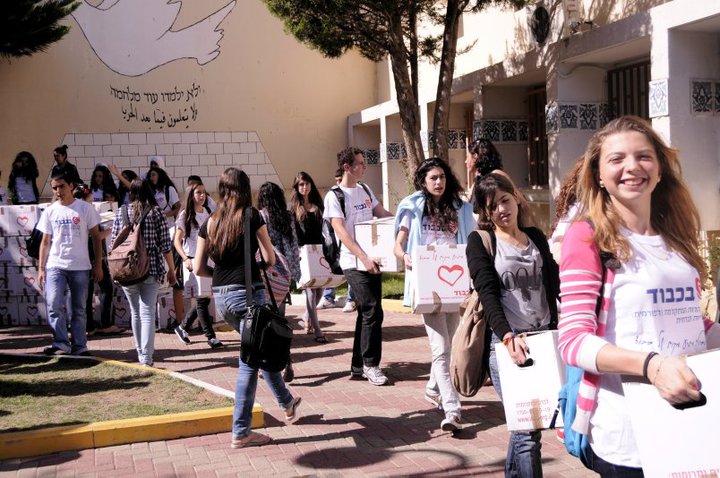 Our packers are usually not the same religion as the recipients and include all of Israel’s diverse communities. We focused on groups that are overlooked by other organizations. In addition to Israel’s poorer Jewish communities, we aid groups such as Druze, Gypsies, African refugees, and the Arab-Muslim and Christian communities. We also help ultra-Orthodox youth who left that life and have nobody else to help them because of social marginalization from their family and former friends.

In order help make our work more tangible to Diaspora Jews, we send them items that have become “new Judaica.” These include sandals that had walked all the way from Darfur to Israel and a soup ladle that served one thousand of meals in a soup kitchen. Congregations donated $10,000 for these sandals. The owners even wrote testimonies about the journey. The ladles have the Hebrew inscription that says, "Open your hand and satisfy all living needs." The 14 ladles we have sent are used to motivate and inspire Diaspora communities, and have even raised over $60,000 - without taking one picture of a person.

We discovered a new way to communicate human hardship without exploiting the suffering of those in need.

This post first appeared in IRAC's weekly newsletter, The Pluralist.

On June 5, We Wear Orange to Raise Awareness about Gun Violence
May 27, 2020|Katie Wysong