Why Interfaith Relations Are in the DNA of Reform Judaism

Why Interfaith Relations Are in the DNA of Reform Judaism 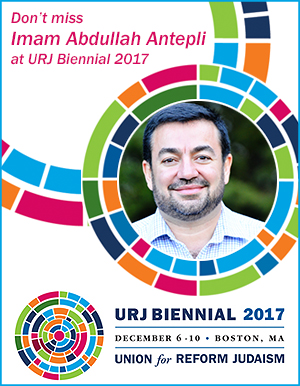 A conversation with Rabbi A. James Rudin, former head of the American Jewish Committee’s Department of Interreligious Affairs and author of seven books, most recently, Pillar of Fire: A Biography of Stephen S. Wise.

ReformJudaism.org: When did interfaith relations first become a priority of Reform Judaism?

It was in Reform Judaism’s “DNA” from the very beginning. In 1801, Israel Jacobson established an innovative religious school in Sessen, Germany that included 40 Jewish and 20 Christian students. His “mixed” student policy reflected his hopes, at the dawn of the so-called “Age of Enlightenment,” of a radiant future between Jews and Christians.

Did Reform Jewish leaders who immigrated to the United States in the mid-19th century share Jacobson’s optimism?

Yes. Rabbi Isaac Mayer Wise, who would emerge as the acknowledged leader of Reform Judaism, published a series of public lectures in 1883 entitled “Judaism and Christianity: Their Agreements and Disagreements.” While forcefully defending the fundamental authenticity and eternal validity of Judaism, Wise never denigrated Christianity in any of its myriad forms of belief or practice; rather, he focused on the centrality of the biblical Sinai revelation that he believed linked the two religions in an inextricable theological and human bond.

Two years later, Wise participated in promulgating the Pittsburgh Platform, which would guide Reform Judaism for more than 50 years. Section six includes the words: “…Christianity and Islam, being daughter religions of Judaism, we appreciate their providential mission to aid in the spreading of monotheistic and moral truth.”

How did Reform Jewish clergy talk about Jesus in their interfaith dialogues with Christians?

The subject became a flashpoint, when on December 20, 1925, Rabbi Stephen S. Wise (no relation to Isaac Mayer Wise), preached a sermon in Carnegie Hall on the book, Jesus of Nazareth: His Life, Times, and Teaching, by Joseph Klausner of the Hebrew University.

Wise made four points that remain relevant for many Jewish participants in interreligious relations today:

Many Orthodox rabbis publicly attacked Wise, but he retained the public support of most Reform rabbis.

Needless to say, Jews never can and never will accept Jesus as the Messiah or as the Son of God, but, despite this constant reality, there is room for improved understanding and openness to change in interpreting Jesus as a positive and prophetic spirit in the stream of the Jewish tradition….

Do you recall any significant rifts separating Jewish and Christian clergy?

One in particular comes to mind. In 1945, Rabbi Roland Gittelsohn, a U.S. Navy chaplain who served with the Marines during the battle of Iwo Jima, was asked to deliver the main memorial address at an interreligious dedication of the military cemetery on the island. Several Christian chaplains objected to a Jew delivering a eulogy over Christian graves, though at least 150 Jewish soldiers died in battle.

As a result, Rabbi Gittelsohn spoke at a Jewish service. In a show of solidarity several of his Christian clergy colleagues attended. Ironically, the powerful eulogy he had originally written for the aborted interreligious service became the best-known sermon of World War II, and is still recited at Memorial and Veterans Day events. An excerpt:

Here lie officers and men, Negroes and Whites, rich men and poor, together. Here are Protestants, Catholics, and Jews together. Here no man prefers another because of his faith or despises him because of his color. Here there are no quotas of how many from each group are admitted or allowed. Among these men there is no discrimination. No prejudices. No hatred. Theirs is the highest and purest democracy...

Whosoever of us lifts his hand in hate against a brother, or who thinks himself superior to those who happen to be in the minority, makes of this ceremony and the bloody sacrifice it commemorates, an empty, hollow mockery….

How has interreligious relations changed in recent decades?

Once limited to Christians and Jews, it now includes Muslims, Hindus, Buddhists, and members of other faith communities. What has remained constant is the Reform Movement’s commitment to positive engagement across religious lines.

Imam Abdullah Antepli will be a featured speaker at the Union for Reform Judaism's 2017 Biennial in Boston, December 6-10, 2017.

A Jewish Risk Assessment Expert Weighs In: How to Make Smart Decisions Time of COVID-19

A Jewish Risk Assessment Expert Weighs In: How to Make Smart Decisions Time of COVID-19
May 27, 2020|Aron Hirt-Manheimer