How Ritual Got a Bad Rap

How Ritual Got a Bad Rap

A Conversation with Professor Lawrence A. Hoffman 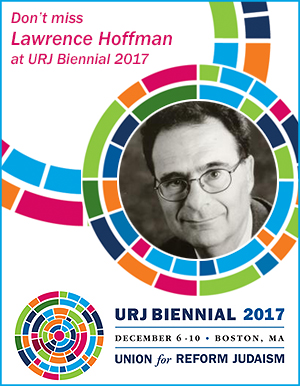 Dr. Lawrence A. Hoffman is the Barbara and Stephen Friedman Professor of Liturgy, Worship, and Ritual at the Hebrew Union College - Jewish Institute of Religion in New York. He’s written or edited more than 40 books; travels widely as teacher, lecturer, and consultant to synagogues, and writes a blog titled Life and a Little Liturgy.

ReformJudaism.org: You’ve pointed to the irony that Jews of antiquity invented public prayer, yet more than anyone else, Jews in modernity distrust it. What is the source of this negative attitude toward ritual?

Popularly, it seems to have taken hold early on in North America: George Gallup, Jr., once told me that Jews attend worship at less than half the rate of Protestants. That is partly because Judaism has focused more on study and paid too little attention to the ways worship can be compelling. To be honest, our worship is frequently done poorly; it lasts far too long; and is often boring, although none of that need necessarily be the case.

Marx famously described religion as “the sigh of the oppressed and the opiate of the masses.” He himself had little to say directly about ritual but his followers who did derided ritual as the way the wealthy oppressor class keeps the masses busy praying rather than rising up against social inequality. Freud saw ritual as an actual sickness, an obsessive-compulsive neurosis. Durkheim, the modern-day founder of sociology, and both son and grandson of rabbis, valued ritual as a means of social cohesion among “primitive” societies, but thought we moderns would replace religion with nationalism.

Were there also influential thinkers of that period who recognized the positive attributes of religion for modern living?

The most significant was Ludwig Wittgenstein (1889-1951), also of Jewish descent, and perhaps the most influential philosopher of the twentieth century. He made his name by discussing the limits of language, and dismissed religion as being utterly meaningless. He concludes his book however, by saying that the real problems of life “cannot be put into words.” They can only be shown.

That insight has led me to see ritual as a kind of showing, an avenue to truth beyond the ability of language to impart.

How does religious truth differ from scientific truth?

We correctly think of truth as something that can be proven scientifically. But some truths are known in other ways: cartoons, for example.  How many times have you looked at a cartoon and thought, “Yes, that’s true.” If I were to ask, “What’s true?” you might try to explain it but your explanation would miss the point because cartoons get at realities in ways that cannot be reduced to words.

People similarly experience truths through great art or music. Listen to the last movement of Beethoven’s 9th Symphony, and you know what freedom is in a way that you cannot get at through scientific description.

When I listen to “HaTikvah” (“The Hope,” Israel’s national anthem), I have a sense of what hope means to Jews and the spiritual uplift we as a people experienced upon the founding of the Jewish state. Reading a sentence about that momentous event doesn’t come close to capturing what I get from listening to “HaTikvah,” unless, of course, it is a line from a poem or literary memoir, which are artistic in themselves.

There are cartoon truths, musical truths, literary truths, theatrical truths, and so on – all of them avenues toward understanding what cannot be expressed in declarative sentences.

At its finest, ritual is a drama in which all who attend have parts. Jewish worship is the ongoing drama of Jewish existence, played out before our very eyes, and by us, the observers and the players. It is especially effective because it combines narrative with music, drama, movement, poetry, and a visual environment outfitted with symbols.

I say, “at its finest.” Ritual must be done well, and all too often, it is not.

Yes, but in a way beyond what you probably have in mind. Those who attend must give themselves over to the experience; they must suspend their disbelief, the way they do for a great book or opera. When Hamlet’s murdered father appears on stage as a ghost, no one objects that they don’t believe in ghosts! So too in worship, we must go along with the plot, so to speak, expecting that at the end, we will have experienced an aspect of human depth available nowhere else.

Rabbi Lawrence Hoffman will be a featured speaker at the Union for Reform Judaism's 2017 Biennial in Boston, December 6-10, 2017.