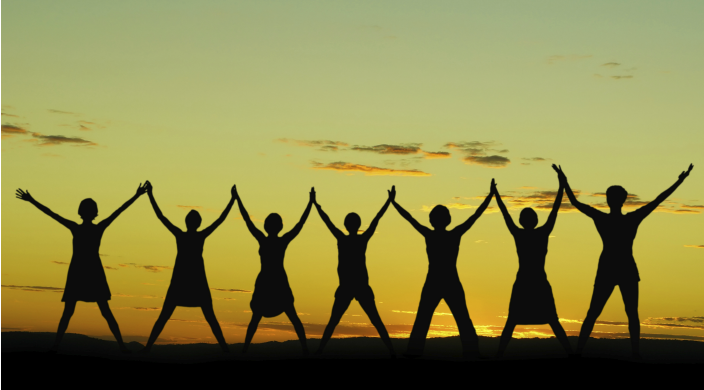 This Shabbat, as we slow down, disconnect and enjoy the day of rest with family and friends, we also have the opportunity to spend some time to reflect on the status of women at home and abroad.

International Women’s Day asks us not only to consider broad issues of women’s equality around the world, such as access to education, freedom from coercion, abuse and sexual violence, but also to reflect on our own lives – those of our mothers, sisters, daughters, spouses, cousins, and friends.

“Individually, we're all responsible for our own thoughts and actions - all day, every day.  We can actively choose to challenge stereotypes, fight bias, broaden perceptions, improve situations and celebrate women's achievements.”

Jewish tradition teaches us that “You shall have one law for the stranger and the citizen alike: for I the Lord am your God” (Leviticus 24:22). Any disparity based on race, gender or sexual orientation violates this concept. Only when we work together, hand in hand, can we ensure that women are paid fairly, treated justly, and have equal access to opportunities.

Here are three ways to commemorate International Women’s Day and to fight for women’s equality all year long.

1. Learn about policy issues through a Reform Jewish lens.

There are many important policy angles through which we can address women’s equality, as outlined by the Religious Action Center of Reform Judaism (RAC). From pay equity, reproductive rights, paid sick days or gender-based violence, the Reform Jewish community prioritizes women’s rights.

Want to stay involved? Follow the RAC on social media and subscribe to their emails for ongoing updates on the issues that matter most to you – including ways to take direct action.

2. Raise your voice for survivors of gender-based violence.

Use the RAC’s easy, pre-written action alert template to urge your elected officials to reauthorize the Violence Against Women Act (VAWA). Writing to Congress is as easy as typing in your name and address… and then clicking “send”!

VAWA is the United States' most comprehensive resource for survivors of domestic violence, dating violence, sexual assault, and stalking. Reauthorization provides the opportunity to enhance these safeguards and ensure that all survivors of gender-based violence have access to the resources and protections they need. Unfortunately, VAWA has been unauthorized for over a year, meaning survivors are left without the crucial enhancements reauthorization would provide.

Women of Reform Judaism (WRJ) has long been a powerful guiding force behind the Reform Jewish community’s dedication to equality in Jewish life and in our secular lives.

In “From Suffrage to Hobby Lobby,” WRJ President Rabbi Marla Feldman writes, “As Jewish women deeply committed to the values of Judaism, we have played a critical role as agents of progress and change.” To lend your support to WRJ’s vital work, you can become a member or donate now.

How are you commemorating International Women’s Day? Leave a comment or find us on social media to let us know!