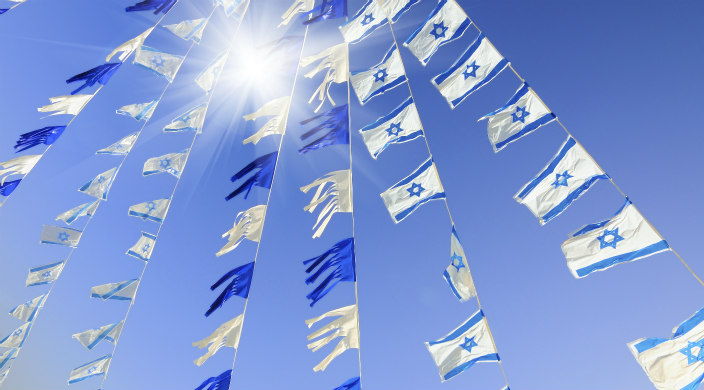 Seventy-one years ago today, David Ben Gurion stood on a dais on Rothschild Boulevard in Tel Aviv and proclaimed independence for a modern Jewish State, the State of Israel. At the time, the borders and the place of religion in the new country were unresolved; other weighty issues – a constitution, a legal system, and the name of the country – had only been decided in the days preceding independence.

Seven decades and one year later, some of those questions have been resolved, but several still linger.

In its 71 years of existence, the State of Israel has been an unparalleled success story. It has survived numerous wars and existential threats, absorbed hundreds of thousands of immigrants, revived a Hebrew culture, and contributed greatly to the world community in the arts, science, medicine, technology, and, of course, in Jewish creativity and innovation. Israelis have developed tremendous, game-changing inventions, cured disease, and provide critical disaster relief around the world, to name just a few.

At the same time, like any country, it’s made its share of mistakes and struggles constantly to overcome troubles and challenges. Poverty, racism, and issues of equality are present, as are, of course, an ongoing conflict with neighboring countries and existential threats from the surrounding region.

Yom HaAtzmaut (Israel Independence Day) affords us an opportunity to celebrate and reflect on the incredible accomplishment that is the modern Jewish State.

I would like to suggest that all discourse around Israel can be boiled down to three questions that can help us frame our approach to Israel as we celebrate its independence.

1. What does it mean for Jews to have power?

If anything, the Zionist movement succeeded in creating Jewish sovereignty which makes Jews responsible for their own self-defense and act as the powerful majority. The modern state invented a new reality, which presents new and interesting questions of morality and sovereignty for which most of our canon of Jewish law and text was previously unprepared. The question of power and powerlessness, for example, has been central to this conversation – and greatly debated as Israel maintains its military edge.

2. What does it mean to be Jewish in the Jewish State?

The secular nature of Zionism was a revolution that created the “New Jew: who left behind the throes of the Diaspora and with it the binds of halachahhalachahהֲלָכָהLiterally, “walking, “way,” or “path;” refers specifically to a body of Jewish law governing all aspects of life; includes the 613 mitzvot (commandments) and ongoing interpretation over many centuries. and Jewish ritual. However, 71 years after the establishment of the State, many Israelis realize that having a Jewish State does not necessarily mean having a Jewish community. What’s more, the polarizing dichotomy between “religious” (read Orthodox) and “secular” no longer answers the needs of the mainstream. Indeed, Reform Judaism is leading the way in creating a Jewish renaissance by providing thousands of Israelis with an inclusive, authentic, and modern Jewish expression; creating community; and advancing and upholding the ideal of a Jewish and a democratic state.

3. How should Jewish communities outside the State of Israel relate to one another?

The time has come for a paradigm shift in the relationship between Israel and the Jewish community outside the State of Israel. Many Israelis see living in Israel as the only authentic, legitimate expression of Jewish life. However, all Jewish communities must examine our collective experience to determine what each has to offer the other as a first step in changing that paradigm. As we glean from Israel’s experience as a sovereign nation that exists in Jewish time, let us aim to build a global Jewish community, as well as vibrant and growing Jewish communities in countries where religion is completely privatized. We have so much to offer one another; our challenge is to create opportunities for a healthy exchange of ideas and an exploration of each other’s experience.

As we celebrate Yom HaAtzmaut and take great pride in all that Israel has accomplished join us in supporting our movement in Israel as the key change agent in shaping the future of Israel as a Jewish, democratic, moral, and innovative society.