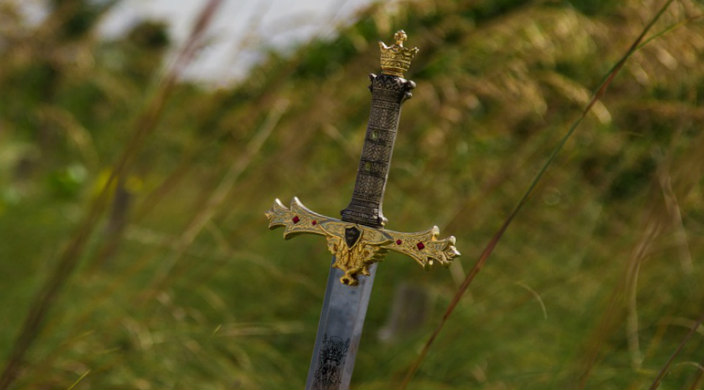 With the arrival of the much-anticipated final season of the acclaimed television series Game of Thrones, people are tuning in on a weekly basis with as much zeal as we do to our Torah. Just as our Hebrew Bible offers new surprises with every reading, Game of Thrones reveals new plot twists and revelations with each weekly episode. I wrote about some of these similarities when season seven of Game of Thrones was released; now, as we near the end of the episodes of Westeros, here are a few more commonalities to consider.

In the Book of Genesis, Abraham disavows his marriage to Sarah, claiming instead that he is her sibling, to protect himself from the violence he may suffer at the hands of those who want to possess her.

In Game of Thrones, the “secret” coupling of twins Cersei and Jaime Lannister is joined by the innocent pairing of Jon Snow and Daenerys, who discover after the fact that they are, in fact, aunt and nephew. Rather than regretting this familial union, Daenerys’ chief concern is which of them will inherit the Iron Throne.

Our Bible begins with a tale of extraordinary trees of life (etz hachayim) and of knowledge (etz hada-at, see Gen. 2:9), with the fruit of the latter forbidden to man (2:17). Later, etz chayim appears as a metaphor for Torah (Prov. 3:18) and, later still, becomes the culmination the Torah service with the phrase, Etz chayim hi lamachzikim bah, “She is a tree of life to those who grasp her” (see also, Prov. 11:30, 13:12, 15:4).

In Game of Thrones, a mysterious weirwood tree figures prominently in the life of Bran Stark, magically enabling him to see secrets of the past and present with the guidance of the three-eyed raven.

In Exodus, Bezalel is endowed with a “divine spirit of skill, ability, and knowledge in every kind of craft, and inspiring him to make designs for work in gold, silver, and copper” (Ex. 35:30-32), all toward the making of holy instruments for the Tabernacle.

In Game of Thrones, the blacksmith Gendry uses his considerable metallurgic skills to forge instruments of destruction from metals, including the prized Valyrian steel, in advance of Winterfell’s showdown with the White Walkers.

The Bible offers numerous accounts of political disputes, not the least of which is the splitting of the Israelite people into two kingdoms, Israel in the north and Judah in the south. Game of Thrones, by definition, is a tale of seven kingdoms with occasional transitory alliances.

In the final season, such alliances take on huge importance as the living band together for a massive battle with the White Walkers. Alas, for the ancient Israelites, nationhood fell victim to a series of invasions by one foreign power after another.

The Bible tells of numerous individuals who defy death: the prophet Elisha cures a boy who had seemingly taken his last breath (II Kings 4:32-37); Elijah skirts his demise entirely and ascends to heaven in a chariot of flames (II Kings 2:11-13); and Ezekiel has a strange vision of bones coming to life (Eze. 37).

Game of Thrones presents the White Walkers – predatory, zombie-like creatures whose victims reanimate upon dying and join the clan of the dead.

From the sojourns of Abraham to Moses and the prophets, the Bible chronicles numerous stories of individuals who set out on divinely inspired journeys in search of truth. In Game of Thrones, Arya travels across continents to Braavos, braving many obstacles in her quest to find the faceless man, Jaqen H'ghar, so she may learn the secrets of “the many-faced god.” While Arya does not ultimately give up her identity, as required to attain the secrets, she becomes a skilled warrior and develops self-confidence along the way.

Other Game of Thrones characters follow a trajectory of personal growth, too, among them Jaime (from Cersei-absorbed King Slayer to honorable knight) and Tyrion (from drunken philanderer to respected statesman).

Both the Bible and Game of Thrones contain riveting accounts of conflict and enigmatic dramatic twists and turns that keep us coming back. The difference? Through our continuing engagement with Torah, the Bible lives on – with no final season in sight.