All Aboard the Peace Train! 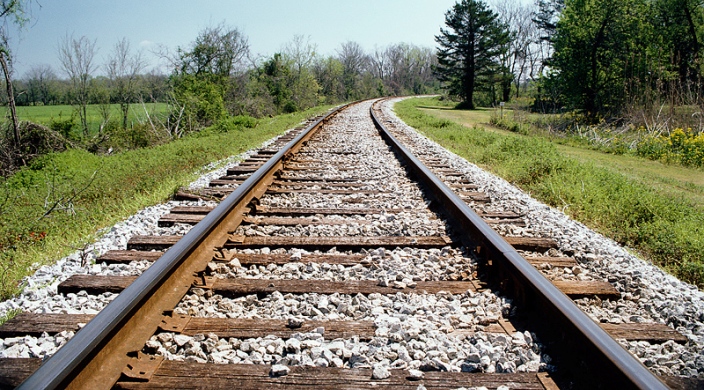 Now I’ve been happy lately, thinking about the good things to come,
And I believe it could be, something good has begun.

Oh, I’ve been smiling lately, dreaming about the world as one,
And I believe it could be, some day it’s going to come.

‘Cause out on the edge of darkness, there rides a peace train,
Oh, peace train, take this county, come take me home again….

These are the words to the song “Peace Train” by Cat Stevens, who, by the way, is not actually a Jewish man named Steven Katz. In fact, his birth name was Steven Demetre Georgiou; he briefly performed under the name Steve Adams and became Yusuf Islam when he converted to Islam in 1977.

There is a peace train. It is a juggernaut, an unstoppable force, fired up by the civil rights movement in 1964 and steadily picking up speed. Now, it veritably roars down the tracks, toward a golden future for humankind.

I first encountered the word “xenophobia” some years ago, in a High Holy Days prayer book. Because we were acknowledging – and, thereby, repenting – of this sin, I thought it best to look up the meaning before committing myself to be absolved from it. Merriam Webster (who is not actually a Jewish woman named Miriam Wasserman!) told me xenophobia means “fear and hatred of strangers or foreigners or of anything that is strange or foreign.”

There were no black students in my Phoenix, AZ, grade school. The first person of color I ever met was an exchange student from India, who appeared in my seventh grade class. The “n-word” was commonly used on the play yard, and we thought nothing of it – but nor was it just the word, being used in a vacuum of youthful, non-comprehending imitation. We knew what it meant, and by using it, we embraced the idea that white people were superior to these “others.” In other words, we were a bunch of racists-in-training.

In retrospect, the reason it was so easy to embrace hatred was that we did not have any contact with the object of our denigration. So long as black people were the unknown, there were no real-world examples to contradict us.

How often we see similar examples on the national stage.

In my opinion, proposals to outlaw or confiscate guns are simply unrealistic panacea…[The Second Amendment] leaves little, if any, leeway for the gun control advocate…[and] “the right of the citizen to keep and bear arms must not be infringed if liberty in America is to survive.”

Then he got shot and subsequently became an ardent support of the Brady Bill, which mandated national background check and mandatory waiting period for handgun purchases. In 1991, he opined that the 1981 assassination attempt might have never happened if the Brady Bill had been law.

On March 15, 2013, Republican Senator Rob Portman announce that he had changed his views regarding same-sex marriage, stating,

I’ve come to the conclusion that for me, personally, I think this is something that we should allow people to do, to get married, and to have the joy and stability of marriage that I’ve had for over 26 years, that I want all of my children to have, including our son, who is gay.

It’s easy to hold opinions when they are merely ideas. It’s not so easy when the ideas move into your home and sit down at your table for Sunday dinner.

So President Reagan and Senator Portman got on the peace train. Who else is riding on it? Everything and everyone that you fear; the persons of color, the gay, lesbian, and transgender individuals, and every idea that you decried for its strangeness and its conflict with the “values” you learned on the grade school play yard.

This month, the Boy Scouts of America got aboard the peace train when 61% of its voting members voted to allow openly gay youth to participate in scouting. It is not hyperbole to label this historical and monumental – and if you think that was monumental, guess who else was on the train? Would you believe it was the proponents of Prop 8, the so-called “Defense of Marriage Act?” Yes, the Church of Jesus Christ of Latter Day Saints said it appreciated the "positive things contained in this current proposal [to allow gay Scouts] that will help build and strengthen the moral character and leadership skills of youth as we work together in the future."

Our peace train is beginning to look as diverse as Noah’s Ark!

Oh, I’ve been smiling lately, dreaming about the world as one,
And I believe it could be, some day it’s going to come.

Michael Anatole is an attorney in Ventura, CA, and member of Temple Beth Torah.