And You Shall Teach All Your Children

This past weekend, between all of our friendly banter, there were three current event topics that dominated our Shabbat table conversation - the passing of Debbie Friedman, the gun control debate, and, wait for it: our kids' tuition bills for the 2011-2012 year. The reactions around the table on all 3 topics were predictable: (on Debbie) sadness and a sense of loss, (on gun control) mixed and (on tuition) once we all picked our jaws up off the floor: a collective OMG. But the conversation on the last topic took at turn I wasn't prepared for.

We all send our kids to the same Orthodox day school, and to give you a sense of what we'll be spending, for the coming year, our tuition bills range between 30K and 50K. The range is based on the number of children we each have, and whether our kids are going into pre, lower or middle school.  (None of us have high school aged children - a whole other level of tuition - yikes!)

We talked about moving to Israel, where tuition is virtually non-existent. We explored the possibility of what it would be like to be able to send our children to Hebrew charter schools (which do not yet exist in Maryland). And then we questioned why exactly our tuition is so high. After blaming over-paid administrators and ineffective spending, someone pointed out the other obvious factor - that people who pay full tuition end up subsidizing (in part) those families who cannot otherwise afford to send their kids to school.

And then, in my opinion, the conversation took an ugly turn.

Someone made a comment that it is irresponsible of parents to have (more) children knowing that they have to rely on tuition assistance - and that it places an additional burden on the Jewish community.

I told my friend that I disagreed with that line of thinking.  First, as we have seen from a downturn in the economy, people lose their jobs and financial circumstances change. When that happens, families can no longer afford private school tuition - and that's not a reason to deny a child a Jewish education. Second, some of us make the choice to go into professions that serve the Jewish community - whether we are educators or work for a Jewish non-profit. And while we are not necessarily underpaid, we are certainly not making as much money as those who are doctors or lawyers or who own their own businesses. Should our children be penalized?

I remarked that there is a huge problem when, as a Jewish community, we criticize those with larger families. After all, our Torah tells us to be fruitful and multiply. For others, our consciences dictate that we need to replace the generations that were lost in the Holocaust. And what about those with smaller families? I have a friend who told me in confidence that though she wants more children, she can barely afford to pay tuition on the two she already has and so has put off having a third. As a Jewish community, can we afford to limit the growth of families?

Being able to send children to Jewish schools is a privilege. But for those of us around the table, sending our kids to public school is out of the question. So, while it's a privilege, it is not a choice - it's a necessity of our Orthodox Jewish lifestyle. With the additional costs of keeping kosher, paying synagogue dues and supporting other charitable Jewish causes, we are committing ourselves not only emotionally and personally to the Jewish community, but financially as well. These are choices that we make, and we make them because we think it's important to support the Jewish community and to help it grow. As a result, we have to make sacrifices. But we do no service to ourselves or our future when the financial cost of being part of the Jewish community leads parents to limit the number of children they have.

Daphne Lazar Price (she/her) is the Executive Director of the Jewish Orthodox Feminist Alliance. She is also an adjunct professor of Jewish Law at the Georgetown University Law Center.

END_OF_DOCUMENT_TOKEN_TO_BE_REPLACED 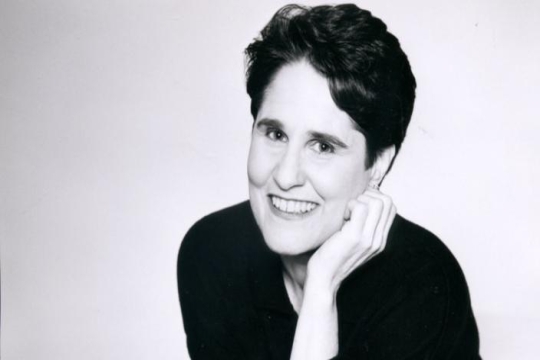 A Tribute to Debbie Friedman, Who Helped Me Understand and Love Judaism

Editor's Note: This piece was originally published on January 13, 2011, immedately following the death of beloved Jewish musician Debbie Friedman, z"l. How did Debbie Friedman's music impact your life? We'd love to hear from you in the comment section below. Singer Debbie Friedman helped me find...
Debbie Friedman

The Voice of a Woman Singing: Debbie Friedman

Abraham Joshua Heschel, in his writings just after the 1967 Day War asked “What part did the State of Israel play in the day-to-day life of the Jews outside the land until recent events?” It was an appropriate question for the times.
View More