Applying the Lessons of the Exodus to Community Organizing 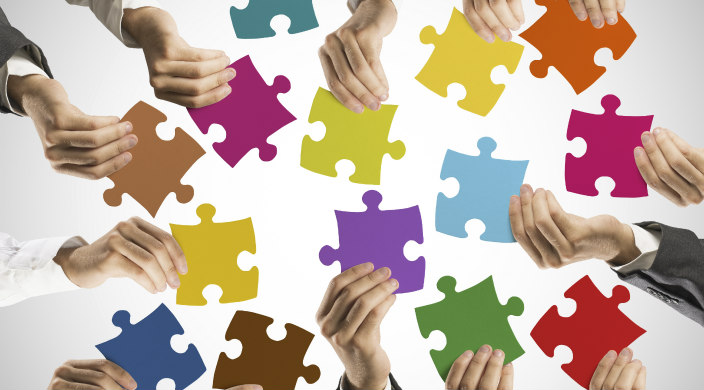 One of the most resonant prayers in the new Reform prayer book, Mishkan T’filah, didn’t start out as a prayer at all.

Standing on the parted shores of history
we still believe what we were taught
before ever we stood at Sinai’s foot;
that wherever we go, it is eternally Egypt
that there is a better place, a promised land;
that the winding way to that promise passes through the wilderness.
That there is no way to get from here to there
except by joining hands, marching
together.

This prayer is a close adaptation of the closing words of Michael Walzer’s Exodus and Revolution. This week, when many of us are busy clearing the chametz (leavened food) from our houses, rolling matzah balls, and deciding which new symbol to add to the traditional six on our Passover seder plates (An orange? A banana? A pine cone?), it’s worth taking a few minutes to think about the implications of the story that underpins all our festive rejoicing.

Exodus’ core idea, according to Walzer, is the deliverance of people from suffering and oppression: this-worldly redemption, liberation, revolution. The Exodus story provides a road map, of sorts, a “program for revolution.” It reminds us that revolution, the radical effort to alleviate suffering and oppression, is the sacred work of every generation. It is our work, if we choose to take it up, in partnership with the Holy One.

Community organizing principles provide a clear blueprint for how this works. First, the cries of suffering people must be so loud and compelling that they are no longer isolated. Individuals, connected to their own deep pain, recognize suffering in others and begin to take collective responsibility, creating an “us” from many “ones.” Energetic, talented, creative, brave people like Moses, Aaron, and Miriam begin to imagine that a different future is possible for the group, and develop a plan to make it happen. These leaders identify (a) who has the power either to bring about or stop real change (in the Exodus, God and Pharaoh), and (b) what tactics will create the leverage to compel those with power to make the change the suffering people need. Together, they pursue those tactics relentlessly, iterating novel solutions whenever they hit a dead-end. Appealing to Pharaoh’s conscience not sufficient? Let’s try blood, locusts, darkness. What could break open a heart so hard? Push your fight all the way to the knife’s edge with the death of the first born. Trapped between the army and the sea? Have the courage and faith to wade all the way in, singing praises to build each other up as you move into the terrifying unknown.

If you read the text carefully, you also see that this story is not just about what the leaders in front do. The Exodus is not Moses’ triumph alone. The people play a crucial role. It is their cries that finally reach and reengage God – their baking of matzah, their painting of doorframes, and their courage to mobilize when the moment comes. The Exodus is a story of us and who we can be when we bind all our individual power together, united in a shared purpose.

In Dr. Martin Luther King Jr.’s speech, given the day before his death in Memphis on April 3, 1968, King reminded those who were listening:

Dr. King might be the closest our society has come to producing a Moses, and even for him it was clear that no one does the work of revolutionary transformation alone. Together with others – household names and ordinary people – Dr. King built a movement that changed America. We do a disservice to ourselves and our history when we see great moments as the triumphs of individuals – they are collective fights, collective victories, leading to collective liberation. Drum majors or foot soldiers, every person has a role to play. That is part of the enduring power of this story.

Retelling the Exodus from Egypt is one of our great acts of collective imagination. We stretch ourselves back into our ancient past, remembering the mythic as a personal experience, and in so doing, pull the story and all it can teach us into the very present moment. An ordinary miracle is one each one of us can effect, together.