Applying Lessons from the Talmud to the Kotel 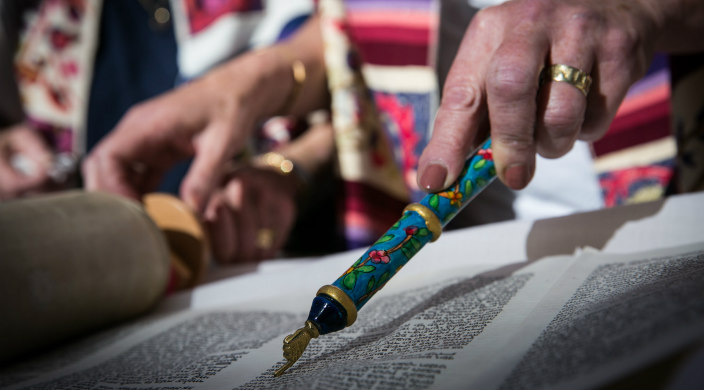 “Aren’t you afraid of God?” a secular Israeli asked recently. “That God will strike you for your sins?” A fascinating query, since this man wasn’t religiously observant at all. Yet he was afraid of the Jewish God he’d been taught. He’d been misinformed.

Fear of God isn’t mortal fear. It’s yirat Adonai, which means to be astoundingly in awe of God. A passage from Shabbat 31ab in the Talmud, a record of rabbinic teachings, affirms such awe as our highest aspiration. How could one be afraid of this God?

Last week, as I joined with a contingent from Women of the Wall to pray and sing at the Kotel (the Western Wall) to celebrate Rosh Chodesh Tammuz (the beginning of the Hebrew month of Tammuz), Jewish fundamentalists – men and women – screamed and blew whistles to drown out our sweet, joyful song and prayer. In months past, we had been kicked and punched by these men and women. Their fear incites violence.

Have you seen images of the Kotel that predate 1967? For hundreds of years, artists and photographers witnessed women, children, and men peacefully praying together. Yirat Adonai (in awe of God).

The Kotel mechitza (divider between the men’s and women’s prayer areas) was introduced just 50 years ago, after east and west Jerusalem were united. Our movement’s president, Rabbi Alexander Schindler, z”l, brought a large contingent of Reform Jews to the Kotel, demonstrating our love of Zion. The Israeli Orthodox chief rabbi responded, not with yirat Adonai, but with the first mechitza. He split the Jewish people.

Yet after decades of struggle for an egalitarian prayer space at the Kotel, in January 2016 an agreement was reached. So, too, was there support for conversions and marriages performed outside the chief rabbi’s purview. The tide seemed to be shifting.

Until last Sunday afternoon. That’s when the prime minister upended both agreements because of powerful political pressure from the fundamentalists.

The following morning, Anat Hoffman, executive director of the Israel Religious Action Center (IRAC), and I shared breakfast. Our conversation would be interrupted by a radio interview of her about the reneging on the egalitarian plaza agreement. Unbeknownst to Anat, the journalist also invited a vitriolic ultra-Orthodox rabbi. That rabbi referenced Women of the Wall with a Talmudic quote about “prostitutes who put makeup on each other,” (Shabbat 34a). He implied that the Women of the Wall were whores!

Talmud is a repository of layers of conversations over centuries, never edited quite enough. When we live by its wisdom, we shine. When we quote what never should have been recorded, we are diminished.

So now to the wonderful, fruit-bearing context of the Talmudic quote about prostitutes. From Shabbat 34a: Rabbi Shimon bar Yohai was called upon to determine whether or not a particular plot of land had corpses buried therein. Based on where the soil was soft or hard, he ruled which sections were cemetery and which were not. His opinion was affirmed. Except right after the ruling, a certain Elder challenged the decision. Rabbi Shimon was startled then furious. The Elder had been there all along, and the proceedings had been completely transparent. He could have objected any time before the decision was reached.

Said Rabbi Shimon, “You will cause people to say that Sages are unwilling to cooperate with one another! They will say: If competing prostitutes still apply makeup to each other to help one another look beautiful, all the more so that Torah scholars should cooperate with each other.”

Cooperation relies on what was agreed upon! The Orthodox rabbi of the Kotel, Shmuel Rabinowitz, agreed in January 2016 to allow for the egalitarian plaza. Reneging, he pressured the prime minister to suspend the agreement. One can imagine Rabbi Shimon bar Yohai’s anger with Rabbi Rabinowitz (and the radio rabbi)!

It is the nature of fundamentalism to view rigidly, and the nature of liberal vision to be expansive. The orthodox cannot be generous. Generosity, then, becomes the essential responsibility of the broader state – to affirm the rights of all its citizens.

Only then, in this 21st century, will we attain the real unification of Jerusalem – Yerushalayim shel ma’alah v’shel matah (the heavenly Jerusalem [that lives in our souls] and the earthly Jerusalem [with its challenges and realities, knit together as one.]).

Adapted from an essay written in response to ongoing events in Israel.