Are We Right to Blend Hanukkah and Thanksgiving This Year? 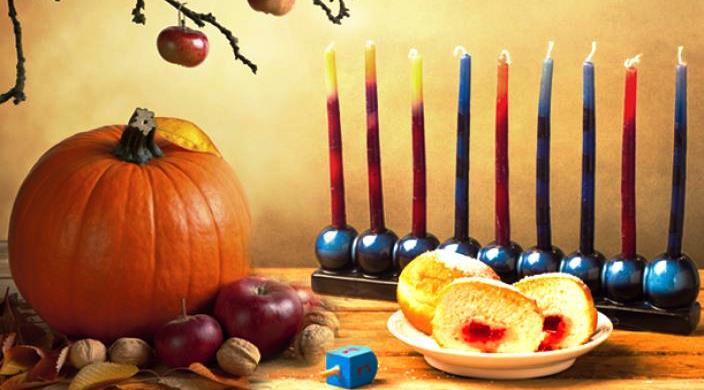 As you’ve undoubtedly heard, the Jewish calendar and the secular calendar offer a strange convergence in the United States this year as Hanukkah and Thanksgiving coincide. The Jewish media has been full of humorous articles about combined menus (like this one from Jewish cooking expert Tina Wasserman) featuring foods like latkes with cranberry sauce, and the term “Thanksgivukkah” has been coined to describe the merged holiday.

While this is all in good fun, perhaps we should take another look at the two holidays to determine whether they ought to be merged – or if this mixing of celebrations will result in something unpalatable or perhaps even treyf (heaven forfend!), like mixing meat and milk in a single dish!

The old adage says, “Age before beauty," so Hanukkah clearly takes historical precedence over Thanksgiving. The origins of Hanukkah are actually a bit murky. The sages of old were uncomfortable with the historical elements of the holiday, so they just emphasized the miracle of the lights that burned for eight days – an amazing feat of energy efficiency that we would do well to emulate today. But the facts of the event survived in various historical works outside the Jewish bible, especially in the Books of 1 and 2 Maccabees in the Apocrypha.

What we know is that the Jewish fighters under the leadership of the Hasmoneans fought long and hard to win their religious freedom and regain a measure of independence from the Syrian-Greek overlords. For two and a half years, the Jews were unable to celebrate the harvest festival of Sukkot. When the Maccabees were finally victorious and the temple was re-sanctified, it was the middle of December, the Hebrew month of Kislev. According to the ancient dictum “Better late than never,” the Maccabees combined the celebration of Sukkot with the winter solstice observance that was evidently known as “Lights.” This was a celebration of Thanksgiving – a harvest not only of bounty from the field, but also of an end to bloodshed and return to the values that had sustained Judaism throughout the ages.

Just as the rabbis of the Talmud asked, “Mai Chanukah?” or “What is Hanukkah?” (a strange question for those who should not need to ask), we should also now ask, “Mai Thanksgiving?” What is Thanksgiving?

In truth, it was only sporadically observed by the Pilgrims in colonial times after the first Thanksgiving in 1621. But the model was also Biblical, a festival of Thanksgiving like the festival of Sukkot! The pilgrims feasted and feted their survival through a very harsh winter, with the assistance of their neighbors of the Wampanoag tribe. Our modern American observance of Thanksgiving is loosely based on this older tradition, but it was established as a one-time event by President George Washington, and then instituted as an annual observance by President Lincoln in his 1863 Thanksgiving Proclamation, during the thick of the Civil War. It was to be a national day of prayer to God, to “commend to his tender care all those who have become widows, orphans, mourners or sufferers in the lamentable civil strife” and was seen as a gesture to promote healing.

President Lincoln was persuaded to establish the holiday through the powerful writing and indefatigable campaigning of one remarkable woman, Sarah Josepha Hale (best known today for creating the nursery rhyme “Mary had a Little Lamb”). Hale began her quest to establish a national holiday of Thanksgiving in 1827, and for 36 years, she lobbied politicians and the public until her goal was achieved. It was a classic example of the victory of the few over the many, and a demonstration of the power of persistence and dedication to the cause of justice and goodness. “Not by might nor by power, but by my spirit alone.” wrote the prophet Zechariah in the Haftarah we read on Shabbat Hanukkah. Hale expressed with perfection the spirit of the Maccabees in fighting for her beliefs and working tirelessly toward her worthy goal.

What are we to think of Thanksgivukkah? After a bit of reflection, we can conclude that there is nothing unsavory in celebrating Hanukkah and Thanksgiving together. In a fascinating way, the idea of Thanksgivukkah is not such a stretch, as both are Thanksgiving festivals based on the biblical festival. Both are related to the desire to heal from a devastating war and to express gratitude for having survived, to promote a vision of a future time when peace will reign once more. Both tell us that we should take the long view – that good will triumph over evil. Both festivals express our faith that even a tiny flame can illuminate a place of darkness.

So let’s put the right spin on this unique collision of celebrations: Perhaps we should regard Thanksgivukkah as “A great miracle that happens here.” Only in America! 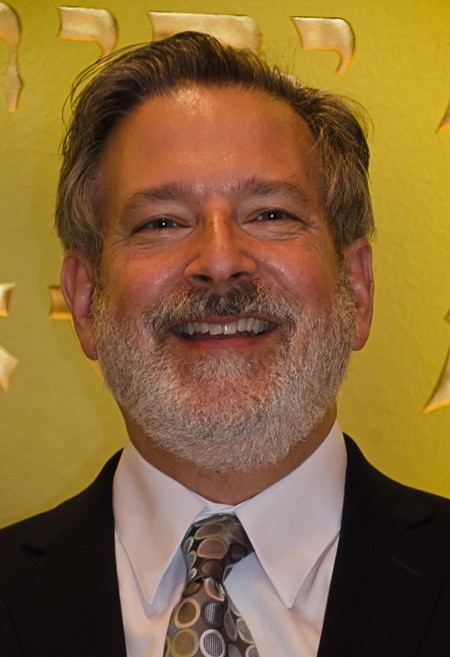 Rabbi David Kudan has been the rabbi at Temple Tifereth Israel in Malden, MA since 2009. He also serves as rabbi of Congregation Agudas Achim - Ezrath Israel, an Independent/Conservative synagogue in the same community. He is a graduate of Hampshire College and holds graduate degrees from Hebrew Union College and Harvard University. He was ordained a rabbi in 1987.