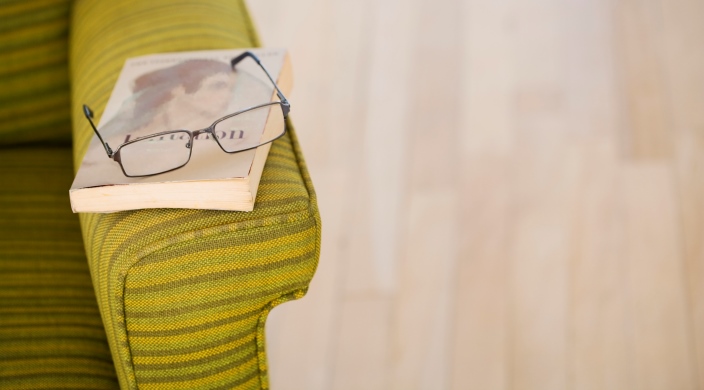 Someone new recently joined my weekly atheist meet-up group, so the subject came up again: What was your former religion? When and why did you stop believing?

Many of our members reminisced fondly, even wistfully, when it came to favorite religious practices of their childhood. I was taken aback, though, when one guy – a fellow “member of the tribe" – said that he'd never had much to do with religion and that his entire Jewish experience had consisted of spending Sunday afternoons at a Chinese restaurant. It was said in both jest and truth.

His comment made me grateful for having been raised in a more observant tradition. I went on to describe my favorite holiday, one that could be counted on each week: Shabbat. From sunset on Friday night to when three stars appeared in the night sky on Saturday, all work – including housework and schoolwork – were banished from our home.

Our group began considering that maybe this ancient day-of-rest tradition would be a good idea for today's ever-faster-paced society. I explained how healthy – both physically and mentally – it had been to spend an enforced day of rest one day a week, every week, without personal guilt of laziness or societal admonitions. "I could really use such a day!" a formerly Catholic woman exclaimed, pointing to the ever-present business and social demands of her iPhone and other devices. "I have to force myself not to look at a text while driving. Still, both work and my family and friends expect me to respond immediately."

In my Sabbath days of yore, we were forbidden to answer the phone – but because it was that blissful era before telemarketing, there were no calls anyway. We didn’t watch TV or listen to the radio, and lights were set on a timer to go off at night (so I could happily read Nancy Drew before bed). We had leisurely family meals on Friday night and Saturday noon, where we discussed ideas and philosophies in-depth (remember: no aggravating practical business allowed!) and afterward sang endless rounds of zmirot (Jewish folk tunes). These were happy family times.

During Sabbath afternoons, after a stuporic lie-in from our three-course Sabbath midday meal, we'd go to the local park. From ages 8 to 12 – when my friends and I were considered old enough to be left to our own devices – six to a dozen of us Hebrew school girls would spend the afternoon devising creative games for our entertainment. Sometimes, we split into teams, presenting original songs, comedy sketches and plays to each other or before an appointed judge or judges who'd decide the day's "winner." But winning hardly mattered. It was all the fun of coming up with new ideas and challenges that counted the most.

Recent neurological studies endorse the significance of unorganized play for a child's developing brain, which promotes the growth of neural networks and social skills. Banned as we were from viewing movies, television, and other electronic devices during our weekly Sabbath, free playtime was all we had – and it fostered original thinking and cooperative skills aplenty.

Perhaps my creative sensibility harkens back to those early play-in-the-park days. I credit Jewish education for my inquiring mind (when it comes to nurturing a love of the Socratic approach and mean debate skills, nothing beats Talmudic scholarship), but most of all, I'm grateful for 23 years of weekly training in shutting out the world. Nowadays, especially when I feel a migraine coming on (my body's sign that I'm overdoing it), I know it's time for a "Sabbath" day off.

I've read of electronics-free spas where people spend a fortune to be forced to disconnect from their laptops and cell phones, all in the quest for peace and quiet. Some even resort to locking their overstressed bodies in pseudo-jails or sparse monk-cell habitats to experience a few moments of silent contemplation. I take myself a Sabbath – no electronics, no driving, and so on.

In the old days, people could simply stroll to visit friends on the Sabbath, whereas now, most friends and family are spread far and wide, so sometimes I cheat and call an old friend for a long heartfelt chat (though still no texting allowed!). But other than that single concession, I remain true to – and thankful for – the strict training of my early years in religion. Though I agree with my fellow atheists that there's plenty of ignorance to fight against and that much evil has resulted from religious indoctrination, I'm still not willing to throw out the baby with the bathwater.

Ironically, my religious tradition of inquiry eventually led me to leave observant Judaism behind. But all that training did improve my mind both intellectually and in a way that gives me strength to deal with life's inevitable stresses and disappointments. Meditation is often prescribed for the depressed and anxious, as are ever-increasing doses of pharmaceuticals. Personally, I think I'll stick with my weekly training of tuning out life's troubles on the Sabbath. 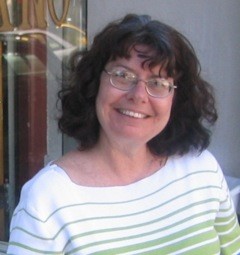 Mindy Leaf, originally from New York City and currently based in Fort Lauderdale, has worked as a professional writer and editor for more than 30 years. Her byline has appeared both in national and international magazines, including Fine Dining, Omni, Showboats International, Power & Motoryacht, Yachting, Jewish Monthly, and various literary publications. She is the author of The Working Mom's Handbook and the children's book Things That Count! and served as series editor for Commuter Press. Most recently, she's worked as a restaurant critic for Florida's MyCity magazine network and is senior staff writer at Artblend, an international fine-art quarterly. Follow Mindy's weekly essays of biting social commentary and life advice.