Bearing Witness: Why I Traveled to Montgomery, AL 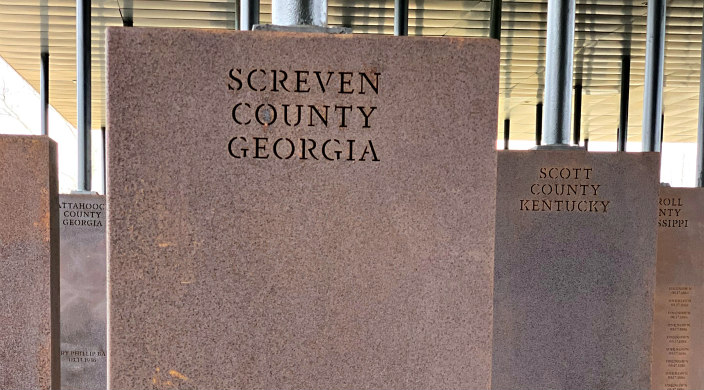 On the eve of a pilgrimage, I gathered in Montgomery, AL, with a group from T’ruah, an organization that trains and mobilizes clergy and their communities to advance human rights in North America, Israel, and the occupied territories. The next day, we would be going to the Legacy Museum and the National Memorial for Peace and Justice, a place dedicated to the legacy of enslaved Black people, people terrorized by lynching, African Americans humiliated by racial segregation and Jim Crow, and people of color burdened with contemporary presumptions of guilt and police violence.

It so happened that I had recently attended the Union for Reform Judaism Biennial Convention in Chicago, where the Reform Jewish Movement voted to approve a resolution supporting the study of proposals for U.S. slavery reparations.

In visiting Montgomery, my intention was not only to bear witness to the violence imposed on people of Color, but to understand and come to terms with my own responsibility and duty as a white Jewish person to fight the racist hatred that still plagues our nation.

In preparing ourselves for the museum visit, we held a training session in a Montgomery hotel. The facilitator asked us to tell our dialogue partner: “Who is the invisible companion accompanying you on this trip?” Sometimes a well-asked and well-timed question can bring clarity to a moment.

The first person who came to mind was my dad. When I decided to tell my parents that I wanted to go to rabbinical school, I was anxious, particularly about how my father would react. How would he feel about his eldest child entering into the religious leadership of a community he had tried so hard to run from? Would he be concerned that I was not following his path into public service?

He responded to my news with a story.

As a young professional, my father had pursued a career with the United Nations Development Program. His job took him primarily to Lesotho, Nigeria, and other African countries. While visiting his native Montreal, he attended a Shabbat lunch at the home of his brother, the patriarch of the family.

Among the guests was a local rabbi. When he heard that my father worked on U.N. development programs in Africa, the rabbi turned to him and said, “Why aren’t you in our homeland of Israel helping the Jewish people? Why are you helping those….” – and then he used the derogatory Yiddish term that refers to people with dark skin.

My father didn’t need to explain why he felt compelled to tell me this story when I announced my intention to become a rabbi. I knew. I hugged him and said, “Dad, that will never be the kind of rabbi I will be. Your grandchildren will tell different stories about rabbis.”

Back in present-day Montgomery, I then pictured my 8-year-old son and 6-year-old daughter, who were at home in Virginia. What would I tell them, I wondered, about what I was about to experience? I knew only that they would be in my heart when I stood witness at the nation’s memorial for more than 4,000 lynching victims.

We no longer see ads that read “Slaves for sale” on the front pages of our newspapers, and public hangings of African Americans have disappeared from the American landscape. But we have a long way to go before people of Color in our country feel safe and are treated equally under the law.

We cannot erase the original sin of slavery, but we can do something about the heavy toll of racial hatred on our society and conscience. My prayer is that the Jewish community, in solidarity and action with other faith communities, can begin to restore and repair the damage that has been done. It won’t be easy, but, still, it must be done.

These days, my father can no longer remember who I am – but before his illness, he recognized with pride the rabbi I had become. 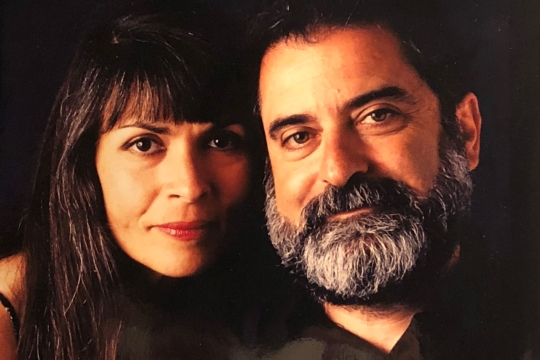 It has been almost 50 years since I met my wife Judy in Jerusalem. She came into my life like the Sabbath queen about to enter the synagogue, with everyone rising and turning toward the door to welcome her in.
Travel
Image 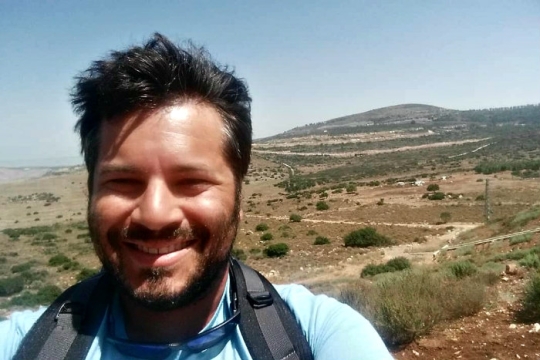 Building Bridges Through Language and Culture: A Gay Jew Discovers Israel in Arabic

Matt Adler, who speaks eight languages, detailed his experiences living in Israel in his new book. We spoke to him about his life in Israel and how his intersecting identities impacted his time there.
Travel
Image 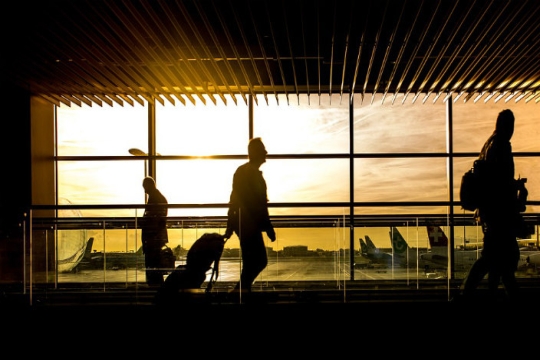 When you travel abroad, do you try to incorporate Judaism into your visits to other countries? There a myriad ways to experience Jewish life, culture, and, especially, history while traveling outside North America.
View More