Carrying the Spirit of Sukkot Into the Rest of the Year 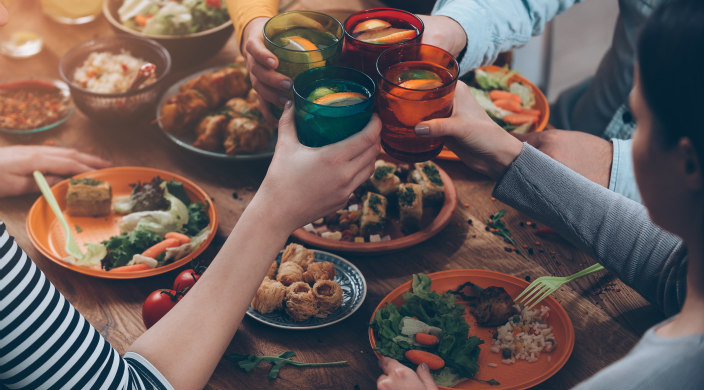 Although I have been living in Jerusalem since August, only in this past week has my schedule achieved some semblance of normalcy. This is because the fall holidays do not simply affect one day at a time in Israel, rather they impact entire weeks.

There are plenty of similarities in religious observances for Jews around the world – on Rosh HaShanah we eat apples and honey, on Yom Kippur we fast, on Simchat Torah we dance – but here the whole atmosphere of the city changes as life slows down to make room for reflection and celebration.

During Sukkot, the final push in this marathon of a holiday season, even the architecture of the city changes. The sidewalks fill with sukkot, erected outside nearly every restaurant so patrons can fulfill the commandment to eat in this structure. Stands are set up all around to sell lulav and etrogs of varying prices and qualities. Tinsel and other decorations most Americans would associate with the Christmas season fill stores as people compete to have the most festive sukkah.

This holiday encourages togetherness, as we are instructed to welcome ushpizin, or guests, into the sukkah. These temporary homes can also create a deeper charge to break down our walls and welcome in people who are different or unknown. This year in Israel, I was provided the opportunity to do just that.

On the Friday evening in the middle of Sukkot, a close friend and I decided to take a break from big communal meals and hang out, just the two of us. She bought salatim (a variety of small Israeli salads) and bread, I brought a side dish and dessert, and we were all set for a low-key night. We moved her dining room table out to the patio, said the blessings over our food, and began eating. Part way through the meal, a man sitting on his own patio called out to us and asked in Hebrew if we had food for Shabbat. We replied that we had plenty and he was welcome to come eat with us.

In the intervening minutes between telling the man from across the street our apartment number and waiting for him to ring the bell, my friend and I grew nervous. Who was this person? What if conversation ended up being awkward? Would there be language barriers? Are there safety issues we did not consider? Before coming up with conclusive answers to any of these questions, there was a knock at the door.

Our guest entered smiling and proudly announced that he had brought a bottle of homemade beer to contribute to the meal. As we poured three glasses and filled his plate, we learned that our guest grew up in Israel’s first religious kibbutz and came from a religious family. He worked in the U.S. at an Orthodox summer camp, so patching together a conversation with our Hebrew and his English proved easy. We discussed religion and gender, American politics and the Supreme Court hearings, his graduate school, and my rabbinical studies. We each listened carefully and worked to communicate our thoughts and feelings around all these complex subjects. Ultimately, it was a lovely Shabbat meal.

Looking at the news, it is easy to believe that average people cannot touch controversial topics at all. It is easy to believe that a female Reform rabbinical student cannot sit down with an Israeli man raised in a traditionally religious home, break bread together, and have a genuinely nice time. But this country is more than what makes the headlines. It is also filled with people who will reach across the divide, whether it be political, social, or just the road separating your two patios, and give you the opportunity to be in community together.

As our schedules return to normal, it is my sincere hope that we all will bring the spirit of Sukkot into the rest of our year. I hope to continue to welcome in guests and to trust that we are one people with the ability to see past difference – or at least to sit together and enjoy some homemade beer.