Channeling Elie Wiesel: Words from the Past Bring Comfort in the Present 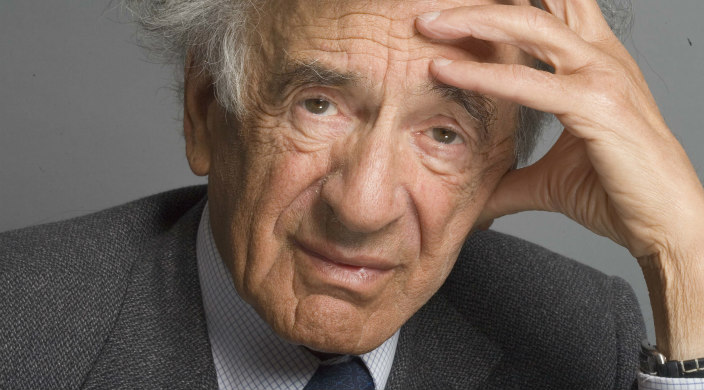 Holocaust survivor, author, and Nobel Laureate Elie Wiesel, who died on July 2, 2016, spoke with a moral authority rarely matched in his lifetime. We long to hear his soft yet powerful voice at this moment – a time when the evils of racism and anti-Semitism, and division have erupted in ways not seen in decades.

Upon awarding him the 1986 Nobel Peace Prize, Chairman Egil Aarvik described Wiesel as “a messenger to mankind” who felt compelled “to awaken our conscience, because our indifference to evil makes us partners in the crime.” I sat down with Wiesel in 2005 to discuss what conscience demands of us in confronting evil, and what had kept him from losing hope. In this critical time, we return to that conversation.

ReformJudaism.org: In your thinking, how pivotal is fighting indifference to evil?

Elie Wiesel, z”l: One of the central tenets of my life is the teaching in Leviticus (19:16): “Lo ta’amod al dam reakha, Do not be indifferent to the bloodshed inflicted on your fellow man.” Also in the Bible, Moses rediscovers himself as a Jew and as a man when he defends a Hebrew beaten by an Egyptian and then one beaten by another Hebrew. Had he remained a neutral spectator, he would not have become God’s prophet and the leader of his people. Albert Camus expressed this idea eloquently: “Not to take a stand is in itself to take a stand.”

You have not only been an outspoken supporter of Israel and Soviet Jewry, but also of victims of injustice, famine, and genocide throughout the world from the Miskito Indians in Nicaraqua to the Sudanese in Darfur. What compels you to take up these causes?

How can I criticize those who were indifferent to Jewish suffering during the Shoah, if I do nothing when confronted with the suffering of innocent people today? We Jews suffered not only from the cruelty of killers, but also from the indifference of bystanders. I believe that a person who is indifferent to the suffering of others is complicit in the crime. And that I cannot allow, at least not for myself.

You have often reflected on the disillusionment of Holocaust survivors, as in the speech you delivered at the closing ceremony of the first World Gathering of Jewish Holocaust Survivors on June 18, 1981 at the Western Wall in Jerusalem:

“…We must ask ourselves the painful questions: ‘Have we survivors done our duty?’ ‘Has our warning been properly articulated? It is with fear and trembling that we often reach the conclusion: something went wrong with our testimony; it was not received. Otherwise, things would have been different. Look at the world around us: suspicion again, violence everywhere, hatred everywhere, state-sponsored terror, racism, fascism, fanaticism, anti-Semitism.

Had anyone told us when we were liberated that we would be compelled in our lifetime to fight anti-Semitism once more, or, worse, that we would have to prove that our suffering was genuine, that our victims had indeed perished, we would have had no strength to lift our eyes from the ruins. If only we could tell the tale, we thought, the world would change. Well, we have told the tale, and the world has remained the same….

And yet, we shall not give up, we shall not give in. It may be too late for the victims and even for the survivors—but not for our children, not for mankind. Yes, in an age tainted by violence, we must teach coming generations of the origins and consequences of violence. In a society of bigotry and indifference, we must tell our contemporaries that whatever the answer, it must grow out of human compassion and reflect man’s relentless quest for justice and memory.”

How, despite your disappointment and bouts of pessimism, have you been able to cling to hopefulness?

One must wager on the future. I believe it is possible, in spite of everything, to believe in friendship in a world without friendship, and even to believe in God in a world where there has been an eclipse of God’s face. Above all, we must not give in to cynicism. To save the life of a single child no effort is too much. To make a tired old man smile is to perform an essential task. To defeat injustice and misfortune, if only for one instant, for a single victim, is to invent a new reason to hope.

Do you still have faith in God as the ultimate redeemer?

I would be within my rights to give up faith in God, and I could invoke six million reasons to justify such a decision. But I don’t.

I am incapable of straying from the path charted by my fathers and forefathers, who felt duty-bound to live for God. Without the faith of my ancestors, my own faith in humanity would be diminished. So my faith, wounded as it is, endures.

END_OF_DOCUMENT_TOKEN_TO_BE_REPLACED

While Juneteenth marks an incredibly important step in Black American rights, it was just that – one step. Juneteenth celebrated slavery becoming illegal, but it did not do away with racism; not even close. And yet, the history and spirit of Juneteenth make me hopeful.
Israeli History
Image

When the State of Israel was established in 1948, its secular founders envisioned a nation that would be both Jewish and attuned to the values of liberal democracy. They were confident that a country with an overwhelming Jewish majority could maintain a Jewish character and ensure civic equality for all its inhabitants.
Racial Justice
Image 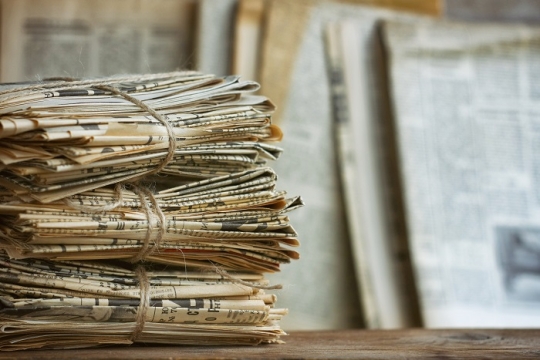 The Tulsa Massacre in the Yiddish Press

On June 2nd, 1921, when news of the Tulsa massacre reached New York, Yiddish newspapers in the city were unified in their impassioned coverage of the events.
View More