Chicago in the Jewish Limelight 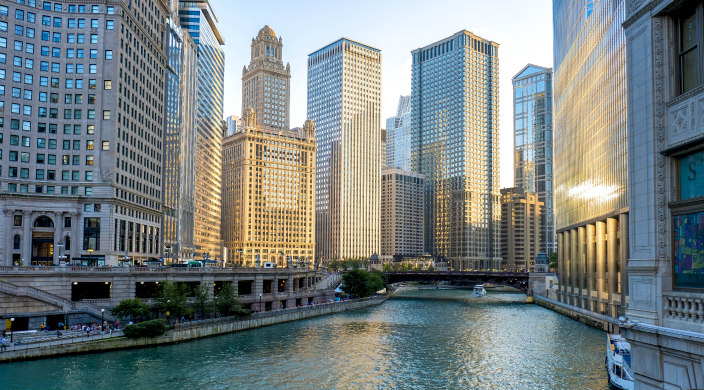 When the Union for Reform Judaism (URJ) convenes its 2019 Biennial this December in Chicago, it will shine the spotlight on a city with a rich Jewish heritage.

The city’s first congregation, Kehilath Anshe Mayriv (KAM, and known today as KAM Isaiah Israel) established in 1847, was a founding member of the Union of American Hebrew Congregations (now the URJ), and four of its rabbis have served as president of the Reform Movement’s rabbinical arm, the Central Conference of American Rabbis.

No author has portrayed Jewish life in Chicago during the two decades before WWII better than has its native son, journalist-turned-novelist Meyer Levin (1905-1981). His autobiographical narrative, The Old Bunch (1937), follows the lives of 19 young Chicago Jews – 11 boys and eight girls – beginning with their high school graduations in 1921 and concluding with the Chicago World’s Fair in 1934.

I rank The Old Bunch as the greatest American novel of the first half of the 20th century, and I am not alone in my assessment. Both Ernest Hemingway and Norman Mailer have publicly praised Levin’s writing, and some critics have compared The Old Bunch to the works of Leo Tolstoy and John Steinbeck. Fellow Chicago novelist, James T. Farrell, wrote that Levin had written "one of the most serious and ambitious novels yet produced by the current generation of American novelists."

Levin’s characters are children of Yiddish-speaking immigrant parents and live in close proximity on Chicago’s West Side. In the 1920s and 1930s, Maxwell Street was teeming with a myriad of peddlers, small shops, and open markets – picture scenes from the Eastern European shtetl (small village), only on a much larger scale.

Levin’s youthful characters, in their quest to “find themselves” as Americans, were often embarrassed by their parents’ accents and ghetto mentality steeped in suspicion. They desperately sought to become part of the popular culture, pushing against the headwinds of anti-Semitism at every turn.

Like the author himself, the novel’s characters graduate from Ogden High School and many attend the University of Chicago. We watch them as they get married (sometimes to one another) and divorce; become doctors, lawyers, and criminals; and search for religious faith and meaning in their lives, as epitomized by Levin’s alter ego, Joe Freedman, a troubled artist in search of sexual, artistic, and spiritual fulfillment.

Against the tumultuous backdrop of Chicago gangster Al Capone and the corruption of Mayor “Big Bill” Thompson, Levin captures the sense of optimism and innocence that characterized American Jewish life before the Holocaust and the creation of the State of Israel. Though various members of his crowd visit pre-World II Poland, defend a kibbutz from an Arab attack in Mandatory Palestine, and experiment with a mystical form of Roman Catholicism in Paris, they always return to their constant physical and emotional anchor in a changing world – Chicago.

I first read Levin’s ode to Chicago when I was 20 years old, and it had a profound impact upon me. Though I was raised in Alexandria, Virginia, I was fascinated by how the 19 Jews from Chicago’s West Side became “...a new young generation capable of facing the serious things in life.”

My parents were similar in age and background to Levin’s “Old Bunch,” and my dentist-father grew up in a smaller version of Chicago’s West Side: Pittsburgh’s “Hill District.”  Levin’s book provided a deeper understanding of how precarious and painful the characters’ quest was to break free of the dark shadows of their immigrant parents’ grip and live the seductive “American Dream” that promised acceptance, opportunity, and freedom. Levin made me realize how difficult that transition was, the price they were forced to pay, and the courage required to enter into the often-hostile alien American mainstream.

Unlike Levin’s adaptation for the stage and screen of his bestselling 1956 novel, Compulsion, a fictionalized account of the infamous Leopold and Loeb Chicago child murder case, The Old Bunch has not been so adapted and, inexplicably, is barely remembered today. Yet it is worth searching out, for it offers an unparalleled glimpse into one of North America’s most vibrant Jewish communities.

Join us at the Union for Reform Judaism Biennial in Chicago, December 11-15, 2019. Register now for the largest Jewish gathering in North America.

END_OF_DOCUMENT_TOKEN_TO_BE_REPLACED 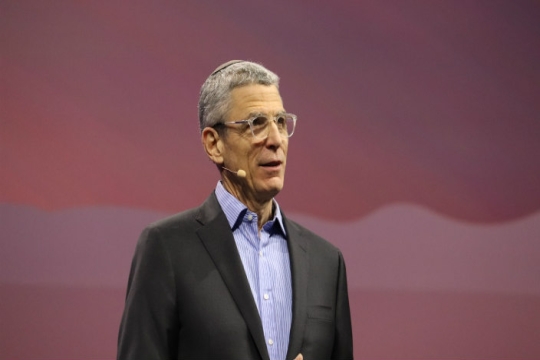 As Numerous as the Stars of Heaven

Did you ever wonder what happened to the 10 Lost Tribes of ancient Israel? In 721 B.C.E., they disappeared. Poof. Gone. Imagine if we could find them today? Our Jewish community could increase to as many as 85 million worldwide.
URJ Biennial
Image 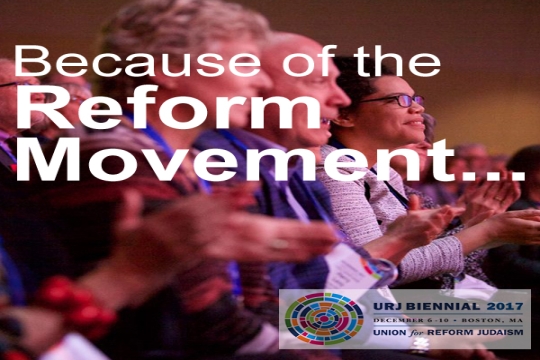 Because of the Reform Movement...

Union for Reform Judaism Board Chair Daryl Messinger asked her audience to finish the sentence: "Because of the Reform Movement..." This is how Twitter responded.
URJ Biennial
Image 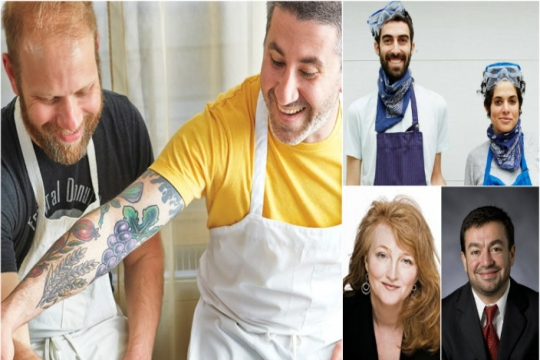 In anticipation of the upcoming URJ Biennial, we’re sharing 14 interviews that have appeared on our site in the past few months, highlighting the work and worldviews of Jewish personalities worth knowing.
View More