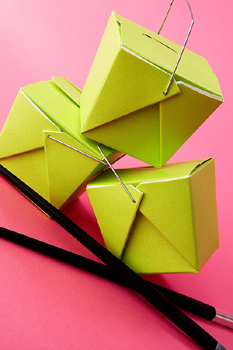 Until 2008, one of the most popular foods served in Beijing restaurants was known in English as “saliva chicken.” This was actually a literal translation of the dish’s traditional name in Mandarin—which could also be translated as “chicken that makes your mouth water.” In advance of that year’s Olympic games, however, the Chinese government demanded restaurants revise their menus. Eager to be taken seriously as a world power, China feared literal translations like this one would besmirch its image and so, “saliva chicken” became “steamed chicken with chili sauce.”

This linguistic metamorphosis illustrates how literal translations are often problematic. They aren’t always the most accurate, or the most comprehensible, or the most likely to make you salivate. When I’m teaching, I regularly use this story as an example of the relationship between text and interpretation, Scripture and midrash.Jewish tradition testifies to the fact that sacred texts contain a plurality of meanings and that “literal” interpretations are often deceptive; they bear the patina of “objective truth” but often lack coherence, relevance and inspirational power.

This message, however, runs against the grain of contemporary American culture.

We live in an age of literalism. Politicians regularly proclaim: “The Bible says this...” or “The Constitution says that....” Schools encourage students to read and think with the goal of divining the single answer deemed correct by test-makers. My students (adults and children alike) routinely ask me to explain what a text “really means.” These are all examples of a craving for literalism, a desire for singular, unequivocal answers—answers that does not exist.

As the Reform Movement stands at an historic crossroads, it is important to recognize that one of the significant challenges we face is the pervasiveness of this literalism in American culture and its negative effects.

Above all, the literalism of texts leads to the literalism of lives. We’ve all heard slogans like these: “There’s a simple way to lose weight and live a healthy life;” “There’s a key to being successful;” “There’s a sure way to be happy.” Yet, despite this popular “wisdom,” the most important questions in our lives—the questions that involve our social relations, our life choices, our identities and our spiritualities—don’t often have singular answers. For young people, this culture of literalism imposes a cruel pressure to make the “right” choices—as determined by some external source of authority—at a young age and without second thoughts. In this way, it forecloses opportunities and restricts imagination and experimentation.

Jewish tradition rejects literalism outright, and even possesses the resources to help us overcome it and fashion Jewish communities that value creativity, nuance and dissent.

How can we, as Jewish professionals, do this? We can begin by changing our ways of thinking, our ways of speaking and our ways of acting.

Ways of thinking. My teacher Rabbi Shira Milgrom challenges her students to think of Torah “as if it were a dream”—meaning that like our dreams, its content and meaning are difficult to pin down definitively; to understand it, we must make an interpretive leap. Like our dreams, Torah too is best understood as a reflection of our lives, our fears and our concerns. We need new similes and analogies like this one—new ways of thinking about Torah—if we are to embody an alternative to the literalism of popular culture.

Ways of speaking. Several years ago, I stopped speaking about “the story of Hanukkah.” I stopped because after reading the Books of Maccabees, Josephus, BT Shabbat 21b, Elias Bickerman and Victor Tcherikover, I realized that there are many stories of Hanukkah, each with its own particular relevance for us today. Now, every fall, I teach “the stories of Hanukkah.” This routinely provokes the question, “but rabbi, what’s the true story?” to which I respond, “they’re all true”—an answer which is never satisfactory but a step in the right direction.

Ways of acting. In the last decade, Reform congregations, with the URJ’s leadership, have made great strides in exposing our youth to the richness of Jewish sacred texts. In the future, we can focus-in on the contentiousness of our interpretive tradition, the fact that our literature relishes creativity, contradiction and dissent. As a teacher, one of my proudest moments was a lengthy discussion among my high school students about what they thought Isaac did in the fields after Sarah died (the text is unclear, see Gen. 24). We then compared their answers to those of the traditional commentators. We can fight literalism by highlighting the ambiguities and contradictions inherent in our texts and our interpretive tradition.

These three approaches, none of them especially novel or radical, are necessary in this age of literalism. Frequently, texts place ambiguities before us in order to remind us that words are never self-evident. The literalmeaning of a sentence or a passage isn’t always the most comprehensible, or the most accurate, or the most relevant. It takes our effort, our careful sorting through various interpretations, to determine what a text really means to us.

So too in our own lives. Our tradition’s resistance to literalism can give us, and especially our young people, the courage to stake out our own claims to truth, to strike out on our own creative paths, and to resist others who seek to impose their views. Our lives are filled with many mouth-watering possibilities—just like our Torah—and that’s what makes them beautiful and sacred.

Rabbi Joseph A. Skloot is completing his doctorate in Jewish cultural history at Columbia University. He teaches students of all ages at congregations across the New York-area.

Rabbi Joseph A. Skloot is an assistant rabbi at Washington Hebrew Congregation in Washington D.C. and a Ph.D. candidate at the Department of History at Columbia University.