Countdown to Tishah B'Av: A Primer on the Three Weeks 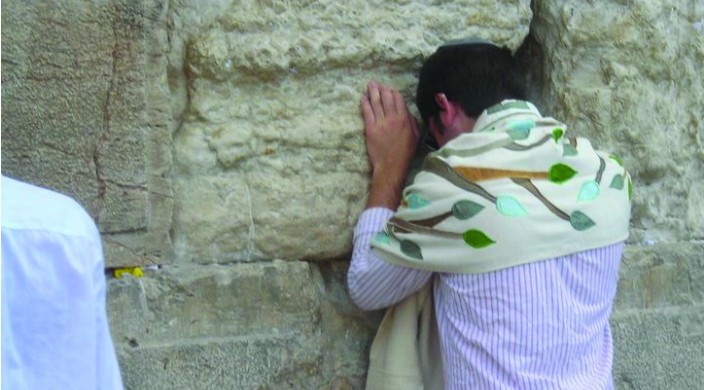 If you use a Jewish calendar, you may have noticed this notation last week on June 30: “Tzom Tammuz.” The phrase translates to “Fast of Tammuz” which isn’t terribly enlightening, so I thought you might like to have a bit more information.

Soon, beginning in the evening on July 21 and continuing throughout the day on July 22, we will observe the somber day known as Tishah B’Av (literally, the 9th of the Hebrew month of Av). The day is set aside to remember the destruction of the Second Temple along with other disasters in Jewish history. Tzom Tammuz is a dawn-to-dusk fast that is part of the preparation for Tishah B’Av. It recalls the day the Romans breached the city wall of Jerusalem before the destruction of the Temple in 70 C.E. It falls exactly three weeks before Tishah B’Av, and that three-week period marks a time of special mourning and attention. (Tammuz and Av are months in the Jewish year, both of which fall during the summer.)

Tzom Tammuz is a “minor fast,” kept only from sunrise to sunset. It applies only to eating and drinking, unlike the major fasts of Tisha B’Av and Yom Kippur, on which we refrain not only from eating and drinking, but also from other activities related to our bodies, including washing and anointing our bodies, wearing leather, and sexual relations. Major fasts last 25 hours, from sunset one day until three stars appear in the sky on the next.

The destruction of the Temple was one of the watershed moments in Jewish history, the end of one age and the beginning of another. Biblical Judaism effectively ended then, because without the Temple, the sacrificial cult and everything that went with it was no longer possible. Rabbinic Judaism – the dominant form of Judaism in the world today – had not yet been born. That would happen in the following months, as Rabbi Yochanan ben Zakkai moved his students to the academy at Yavneh.

Although there are some people who look forward to rebuilding the Temple someday, Reform Judaism holds that the time for it is past. With the destruction of the Temple, God moved us into a new period of history, one in which our sacrifices would be made of prayers and song, rather than of animal gore.

I personally do not fast on Tzom Tammuz, but I keep it as a quiet day of reflection and study. The three-week period from the Fast of Tammuz until Tishah B’Av is a time to reflect on sinat chinam, baseless hatred, which the rabbis of the Talmud consider to be the cause of the Temple’s destruction – and sadly, is a topic that is all too pertinent today’s. Let us know in the comments whether you observe any major or minor fasts on the Jewish calendar? Why or why not?