Discovering Israel Beyond Its Borders 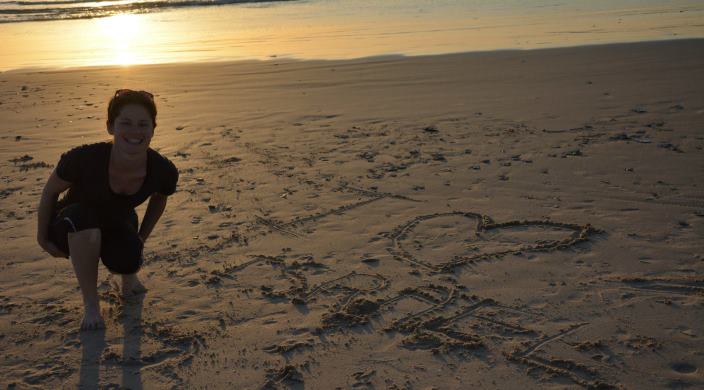 Growing up in rural Massachusetts, Judaism held a much different context in my life than it does now. Until college, I did Judaism, mimicking the motions of being a "good Jew." I didn't combine milk and meat in my house because my father told me not to. We attended High Holiday services because...well...that's what we did every year. We cooked latkes for my peers on Hanukkah and explained the seder plate on Passover because if we hadn't, Judaism wouldn't have had a voice in my second-grade classroom. Judaism, in my predominantly-Christian town of 2,000, felt isolating.

To me, Israel was also just another country in the world. No one challenged me to talk about what Israel meant to me as a Jew, and I wouldn't have known what to say. It wasn't until I visited Israel for the first time, in 2007, that I truly felt my Judaism. I experienced a robust and welcoming Jewish community that I'd never known before, and I was proud to be Jewish among my new Israeli friends.

I returned to Israel numerous times after that, including a six-month stint at the Overseas School at Tel Aviv University. During those months, on one particular Yom Kippur eve, my friends and I arrived at our hostel in Jerusalem to find they had overbooked for the night. They turned us away to the street, which had already fallen silent in anticipation of the holiday. With nowhere else to go, we set off into the Jewish quarter of the Old City, hoping for a miracle to emerge from the winding white stone streets. Metal grates solemnly guarded the storefronts, and just as we had resigned ourselves to sleeping on a park bench, we spotted a lingering business owner. Donning a kippah and tzizit, (fringes) and wearing peyot, (sidelocks worn by some Orthodox men) but stripped of any skepticism or hesitation at our jeans or exposed elbows, he immediately approached us. He found a place for us to stay with a group of Orthodox women, who not only fed us pre-fast and gave us beds to sleep in free of charge, but also invited us to their evening service. Despite our differences, they provided warmth and shelter to their fellow Jews, with unfaltering grace and acceptance.

Through this audacious hospitality, I continued to more deeply feel my Judaism, but only in the physical land of Israel. My Judaism was still defined by those borders. Klal Yisrael (the community of Israel) seemed a distant term, some "mumbo jumbo" I'd heard in my Jewish studies courses in Tel Aviv.

I was fortunate to travel during my study abroad in Israel. During a weekend trip to Rome, I attended a Shabbat service in the first shul we happened upon, a gathering off a quaint cobblestone side street. Afterwards, as our Italian brethren poured out of the doors in Shabbat merriment, a local woman asked us to join her family for Shabbat dinner. With nothing to lose, we eagerly accepted her offer. She whisked us away, along with 20 of her closest friends and family, to her bountiful meal. Everyone engaged in exuberant conversation, a mix of Italian, Hebrew, and English. They asked about studying in Israel, our home, and our Judaism. We left with full stomachs and full hearts, reinvigorated by Jewish oneness outside of Israel.

From this moment forward, I experienced a wealth of Klal Yisrael moments, and I realized that Israel could not be confined to its borders. Israel is learning Hebrew in my Ulpan (instruction) on the Upper East Side. Israel is in attending the Israel parade down Fifth Avenue with thousands of other Israel supporters. Israel is in my job at the Union for Reform Judaism, working with young Progressive Jewish leaders from across the globe. As a part of Klal Yisrael, I'll never feel isolated in my Judaism again.

Rachael Brill is the Roswell Project Manager at the Union for Reform Judaism. Rachael has worked in Jewish non-profits for over four years. She graduated from Tufts University, where she studied Political Science with a focus on Middle Eastern politics. She currently lives in Brooklyn, NY. 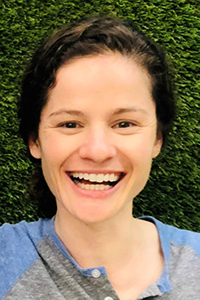 Rachael Brill (she/her) has worked at the URJ since 2012 and is currently the Director of North American Operations & Growth, Israel Immersives. In this role, Rachael oversees recruitment and growth strategy for the URJ’s teen Israel programs. She previously served as the URJ’s Associate Director of Camping, helping to oversee 15 overnight camps across North America. Prior to coming to the URJ, Rachael worked as the U.S. Manager of Recruitment and Community Outreach at the Nesiya Institute, a six-week Jewish teen summer program in Israel. She has a deep love for Israel and studied for a semester in Tel Aviv during college, staffed multiple Birthright trips, and has returned over a dozen times for both work and pleasure. Rachael grew up in Massachusetts and received her B.A. in political science from Tufts University. After living in New York City for nearly a decade, Rachael recently relocated to Memphis with her husband and their goldendoodle, Abbey Road. In her spare time, Rachael is a competitive sailor, avid rock climber, runner, and hiker.