According to the National Coalition for the Homeless, 20% of homeless youth are LGBT (even though only 10% of the entire youth population is LGBT).

In recent years, many campaigns have been devoted to the basic civil rights denied to lesbian, gay, bisexual, and transgender (LGBT) people, as well as the prejudice that LGBT individuals face on a daily basis. The result of this discrimination and prejudice has bred yet another injustice: despair among LGBT youth at the prospect of a life of difficulty and victimization. However, what is often overlooked is the economic impact that accompanies, and is often the result of, discrimination and bigotry. At a time when the Joint Select Committee on Deficit Reduction (aka the "supercommittee") could cut social safety net programs, we would be remiss if we ignored an important population - LGBT youth and families - that relies on these programs much more than some might realize. This is especially true in recent years, as new measures reveal that a higher percent of Americans live in poverty than previously thought.
According to the National Coalition for the Homeless, 20% of homeless youth are LGBT (even though only 10% of the entire youth population is LGBT), and homeless LGBT youth commit suicide at a significantly higher rate (62%) than heterosexual homeless youth (29%). A National Gay and Lesbian Task Forcereport estimates that the numbers may be even worse; according to the report, up to 40% of homeless youth are LGBT. The report explains: "...familial conflict over a youth's sexual orientation or gender identity is a significant factor that leads to homelessness," and "26% [of gay teens] were kicked out of their homes [for being gay]." In other words: They were rejected by their parents, merely for being who they are.LGBT youth also face significant victimization from their peers and others, including at school. According to the Gay, Lesbian & Straight Education Network (GLSEN) 2009 National School Climate Survey, 84.6% of LGBT students had been verbally harassed, including 18.8% who said that they had been physically assaulted at school. The result of this harassment is significant: 30% of LGBT youth said they had skipped at least one day of school because they did not feel safe (compared to 6.7% of all students), and these students' grade point averages were nearly a half grade lower than those who weren't harassed. The result is that LGBT students are half as likely to finish high school or go to collegecompared to the national average.Poverty and homeless is not limited to youth, however. A recent report released by the Center for American Progress, Movement Advancement Project, Family Equality Council, and other groupsrevealed that same-sex couples with children are more than twice as likely to live in poverty compared to their heterosexual counterparts.
This poverty is the product of a variety of factors: For example, because many federal and state anti-poverty programs use restrictive definitions of "family," same-sex couples and their children are often ineligible. Similarly, as a result of the so-called "Defense of Marriage Act," LGBT families face a much higher tax burden than heterosexual families. A hypothetical same-sex couple with a $45,000 household income would owe the federal government an additional $2,165, whereas a married heterosexual couple would receive a $50 tax refund.The problems extend to the workplace and the quest for home ownership. A study by Harvard researcher Andras Tilcsik discovered that "gay men encounter significant barriers in the hiring process because...employers more readily disqualify [them]...than equally qualified heterosexual applicants." Moreover, because transgender Americans are frequently excluded from anti-discrimination laws, 19% reported being refused a home, and 11% reported being evicted, because of their gender identity. These are only some of the many economic disadvantagesimposed upon LGBT people because of discriminatory laws.
These problems and economic injustices highlight the importance of not only protecting the social safety net, but also eliminating the discrimination faced by LGBT Americans on a daily basis. Click here to urge the supercommittee to protect social safety net programs. To learn more about economic justice, click here. To learn more about how to put an end to anti-LGBT discrimination, click here. Photo courtesy of the Advocate. 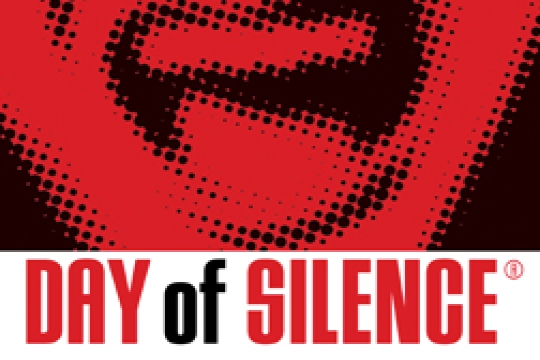 Today, millions of students are taking a stand in their schools against anti-LGBT bigotry. They are participating in the National Day of Silence, which calls attention to the effects of bullying and harassment in schools.
Bullying
Image 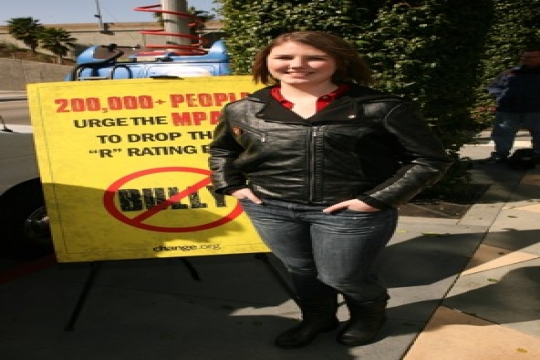 Recently, the movie Bully became the center of a controversy when the Motion Picture Association of America (MPAA) announced that it intended to rate the documentary “R,” thereby preventing the vast majority of American teenagers from being able to view the film. The MPAA was concerned about...
View More