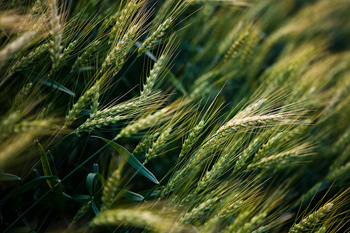 In the world of nutrition and health today, there is a lot of talk about the difference between whole and processed foods.

In case you are unfamiliar with these terms, a “whole food” is basically in its natural, unaltered state – a.k.a., human hands haven’t monkeyed with it all that much, other than harvesting it, butchering it, maybe grinding or mushing it up. A processed food, on the other hand, involves combining more than one ingredient in a process (sometimes other foodstuffs or sometimes additives, preservatives, chemicals) to form a different food product; put simply, to be processed, human hands necessarily are more involved. And generally speaking, a whole food is a better nutritional bet than a processed food; better to eat an apple than Apple Jacks Cereal, for example.

While we may believe that differentiating between whole and processed foods is modern reality, Judaism has been talking about it for a long time, and not just in relation to the condition of our bodies, but in relation to how we use whole or processed foods as a means to connect with the earth, our communities, our rituals, and the Divine. I am writing this piece on the 45th day of the counting of the Omer – the period of time between Passover and Shavuot.

As modern Jews, we likely understand this time primarily as the spiritual re-enactment of the 50 day journey our ancestors took from their Redemption from Egypt to Divine Revelation at Sinai. We can generally credit the rabbis of the Talmud for our modern spiritual-historical understanding. But if we look to Torah, we find this period originally entailed a spiritual-agricultural orientating, linking the early spring barley harvest to the late spring wheat harvest. Beginning the second day of Pesach, our ancestors would bring an Omer offering, which consisted of newly harvested barley rudimentarily beaten into a form of barley flour, then waved (along with a few other foods) above the community as an offering to God. It was, for all intents, a "whole food" offering of barley in a relatively pure state, as a means of thanking God for providing the fresh grain. No one in the community could consume newly baked bread until this offering was made. They would then count 49 days – the course of the 7 weeks from the barley to wheat harvest, leading up to Shavuot.

On Shavuot, however, instead of bringing another Omer, our ancestors would instead bring the first fruits of the wheat harvest as an offering. But rather than bringing the sheaf in the form of newly ground flour, the people were commanded to offer it in the form of the very first "processed food" - as baked and leavened bread. (See Vayikra 23:15-23) Here, their offering marking the wheat harvest was not a presentation of a pure foodstuff, but rather, something whose individual ingredients (wheat, oil, etc) started out as sourced directly from God but whose resulting form (bread) required human hands to create.

As we know, God did not make the bread, humans did. So why the difference in grain offerings from one observance to the other? If the point of harvest-time offerings  was to credit God as the provider of food and thus sustainer of life, it would make the most sense to offer “whole” offerings, certainly not processed ones, right? Why not just repeat the exact same ritual with the wheat as they did with the barley? One reason may very well have to do not only with the evolution of the harvest season, but also with the evolution of our ancestors' relationship with the Divine, as seen over the arc of Passover to Shavuot. At Passover, God redeemed our people through great signs and miracles. The Jewish people's role was simply to trust in God and walk out of Egypt. God really did all the work. This very much refects the direct nature of the Omer offering - the barley in its pure form clearly represents a direct gift from God - with notably minimal human involvement. On Shavuot, however, something different happens.

There were still, of course, great signs and wonders at Mt. Sinai as God gave "Torah." But there, the people had a direct role as well: they had to receive it. Very much like harvesting wheat and processing it into bread, the Torah could not be made real in the world unless and until the people took it in, processed it, and enacted it.

At the same time, because the people are commanded to offer to God the first fruits of the wheat harvest in the form of bread, they are, at once, reminded that even when they create something themselves, it is never a result of their actions alone. God still remains the ultimate provider, however, the vision at Shavuot, is one of Divine/human partnership, and not solely Divine power alone. The bread offering becomes a consumable symbol of the covanental, two-part relationship between us and God in making the Divine vision manifest in the world. As such, it is notable that of the Omer and Shavuot offerings, Torah only designates the Shavuot offering of bread as "holy" (see Lev. 23:20).

So as far as modern day health is concerned, go ahead and consume the whole food. But on this Shavuot, before your blintzes and cheesecake, say haMotzi and eat some bread! Let it connect you to our past, our present, and our future as the Jewish people, to the land from which it came, to the Divine provider of it all!