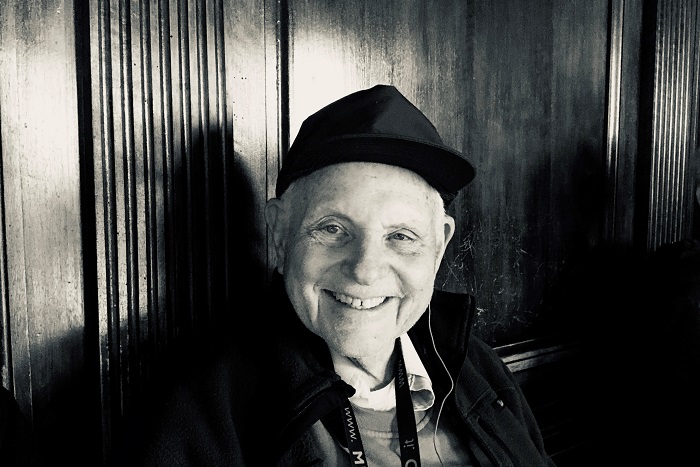 Meet 88-year-old Murray, an astounding man. Quiet, sometimes reserved, Murray became my father-in-law 31 years ago, when God softly whispered to me, “Don’t wait.” I confess I didn’t appreciate him fully until recently.

Murray grew up in Brooklyn as the only child of a father who died so young that Murray has few memories of him, and a mother, Ethel, who had the incredible strength to clean floors to make a living and keep a roof over their heads. His family had so little that on a trip to revisit the Brooklyn of his childhood, he told us he needed only to visit a few places, as his family never had the means to go anywhere that far from their home.

Yet Murray wasn’t destined to remain in that circumscribed life too long. He joined the army, serving on bases in New Jersey, Texas, and Washington. The army was his ticket out into the greater world that he couldn’t wait to see. There, as a medic, he first learned to drive – would you believe, practicing in ambulances.

Then, on a weekend trip to Los Angeles, he was introduced to Teri. Teri quickly became his girlfriend and when he returned to his base, he wrote her letters every day. She did the same. To read their letters is to witness a love story that wouldn’t wait. They made plans… until their next letter… until their next visit.

How’d it turn out? Together they raised 3 children, who made them grandparents five times over, and they shared responsibility for their retail craft store, Arts N Crafts N things in Orange County.

As Teri’s world shrunk – first from agoraphobia, a pervasive anxiety disorder, and later from Multiple Sclerosis, Murray simultaneously took care of her and found ways to explore the world around him. On days when Teri’s discomfort kept her home, Murray was both by her side and out in the world. He did the grocery shopping and the driving, yet followed her lead. Or rather she took the lead, and he just followed.

As Teri’s MS progressed, from needing a walker to being confined in a wheelchair, Murray was by her side at every point. Together they transitioned through various stages of her illness, always sharing an abiding love. Teri insisted that Murray not wait behind. She told him to keep going, keep deep-sea fishing, keep up as a Century City realtor, keep shooting photos at the zoo and at Descanso Gardens, keep exploring his love for nature’s beauty.

For some, life might shrink and expand for them, life expanded and sometimes shrunk. But this once poor Brooklyn boy kept going. He didn’t wait for everything to fall perfectly into place. He adapted to new circumstances, living and loving as best he could.

And then, Teri died.

Sometimes widowers shut down, closing themselves off. But not Murray. Heartbroken though he was, Murray fell back into the healthy habits he developed over the years. He continued to take walks. He continued to hang out with the group of guys for breakfast. He continued sharing life with his children. He doubled down on his photography, an energizing hobby he picked up later in life.

Soon after his beloved died, Murray accepted an invitation to join his daughter Michelle and me, and 28 others, on Congregation Or Ami’s trip to Italy. We wanted to stay by his side, and we hoped that on the trip he would find some comfort. But what happened was amazing beyond our wildest dreams.

We were a group of empty nesters – all experienced travelers, and as we made our way through Italy, Murray emerged as our rock and our inspiration. When the early mornings and long bus trips began to fray our nerves, he remained patient and resolute. When walking over city cobblestones tired us out, he kept going, motivated by the desire to capture every new sight on his camera. When the staircases ascended too steeply, he put one foot in front of the other, until high above the city, where he marveled at the views. And then he called down to us to join him at the top. When we wanted to kvetch (complain), he continued to kvell (to express delight). Why?

Somewhere over the course of his 88 years, Murray made a choice. Instead of succumbing to the sadness of limitations and loss, he chose hope and the promise of a new day. He refused to stop and wait for things to get better.

Un’taneh Tokef, the stirring prayer synagogues will sing on the High Holy Days, about who shall live and who shall die, propels us to follow Murray’s lead. It says that in the face of all the challenges in life – broken relationships, illness, financial stress, death, loss – don’t stop to wait for it all to get better. Instead, do t’shuvah,T'shuvahתְּשׁוּבָה"Return;" The concept of repentance and new beginnings, which is a continuous theme throughout the High Holidays. t’filah,t'filahתִּפְלָה"Prayer." and tzedakahtzedakahצְדָקָהFrom the Hebrew word for “justice,” or “righteousness;” refers to charity or charitable giving. May also be translated as “righteous giving.”  : Repair your relationships. Build up your spiritual core strength. Give to others to lift them up.

Or as Murray taught us in Italy and taught our family throughout his life: it means “Don’t wait.”

You’ve been given a gift, Murray shows us. It’s called “your life.” You only get one. Don’t waste it by waiting. Instead, redirect your life so that you can celebrate it.

After a particularly long day in Rome, as we shared a glass of wine over dinner, our teacher, Reb Murray, waxed philosophical. Reviewing the pictures he had taken, this Brooklyn boy – who hadn’t been on a plane in over 6 years – exclaimed in wonder: “It’s a miracle! Maybe I’m already in heaven. I’ve got three wonderful kids and five beautiful grandkids. I had 60 years waking up next to my beloved wife Teri. I’ve got my health. I get to travel. God did a good job. God shared goodness with me. Maybe this is a sample of heaven.”

This, from a man who buried his wife just six weeks before.

The High Holidays are coming. There’s work to be done. Don’t wait.