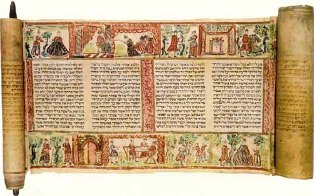 While I don’t have much experience studying Torah or examining each week’s parsha, I try to pay special attention to the stories that I loved as a child. Each year, based on where I am in my life, I find that these familiar stories both give me a sense of consistency and also teach me something very different each time I read them. This year, as we celebrate Purim, which happens to fall on International Women’s Day, I can’t help but be affected by my work at the RAC. This year I’ve spent my time advocating on behalf of the Reform Movement for the rights of women, both in North America and in Israel, so I take special interest in the portrayal of the two women in the Purim story and the ways in which their portrayal relates to the status and treatment of women in both parts of the world. Esther and Vashti (one portrayed as a heroine and the other as a mere footnote) are both married to King Ahasverus, who treats his wives as property. At the beginning of the story, the King calls for Vashti to entertain his guests wearing only a crown. Valuing her dignity, Vashti refuses and is banished. While the story does not follow Vashti once she leaves the kingdom, we must assume she is left without assets, homeless, without a supportive community and without the resources to re-establish herself. Vashti, like too many victims of domestic violence throughout the world, is helpless. Esther, on the other hand, remains docile and continues to obey her husband. Eventually she admits her secret (her Jewish identity) and famously saves the Jews from extermination at the hands of Haman, but she remains in this emotionally abusive relationship. Although, according to most interpretations, Esther is considered the more successful of the two women, I sympathize with both. When reading about Vashti, I think of those women who bravely leave abusive relationships with no resources at their disposal, while Esther reminds me of those who are still stuck within the confines of their abusers’ homes. About 1.3 million women are victims of physical assault by an intimate partner each year, and one in four women in the US has experienced domestic violence in her lifetime. Although 85% of spouse abuse victims are women, domestic violence against men is a serious and under-discussed issue (approximately 2.9 million men are victims of intimate partner assault each year). Between 2000 and 2009, there were 738 spousal homicides in Canada, representing 16% of all solved homicides and nearly half (47%) of all family-related homicides.The Jewish community is not immune either: As many as 7,500 Jewish women may be victims of domestic violence, and Jewish women tend to stay in abusive relationships two to three times longer than those in the general population (non-Jewish women stay for three to five years, compared with Jewish women, who stay for seven to 13 years). Yet these statistics present only part of the picture because they are specific to North America. Partially because of my work on Israel issues this year and partially because of the intersection of Purim and International Women’s Day, I can’t help but take some time to reflect on the treatment of women in Israel. The story of Purim, which extols two examples of brave and independent women, is read from the same Megillah that the haredim in Israel read. Yet this year, light has been shed on the treatment of some ultra-Orthodox women in Israel, who have faced physical and emotional discrimination from their families and communities. It can be hard to think of ways to make a concrete difference in problems that are so great. The plight of victims of domestic violence can feel overwhelming, but there are ways that we can help. On an individual level, we can donate food, clothes and money to local emergency shelters.  We can donate our old cell phones to the National Coalition Against Domestic Violence, so they can be recycled and the proceeds used to fund services for victims of domestic violence. We can host a workshop about violence against women at our synagogues or collaborate with other local faith groups to host an interfaith event. To help on a more system-wide level, we can urge the Senate to quickly and effectively reauthorize the Violence Against Women Act (VAWA). This year’s reauthorization of VAWA seeks to strengthen the bill by: improving tools to prevent domestic violence homicides by training law enforcement, victim service providers, and court personnel on identifying and managing high risk offenders and connecting high risk victims to crisis intervention services; strengthening concurrent tribal criminal jurisdiction over perpetrators who assault Indian spouses and dating partners in Indian country; and strengthening housing protections for victims by applying existing housing protections to nine additional federal housing programs. Celebrate Purim and International Women’s Day by taking action and urging your Senators to reauthorize VAWA. Photo courtesy of Jewish Virtual Library.