Every Day is Labor Day 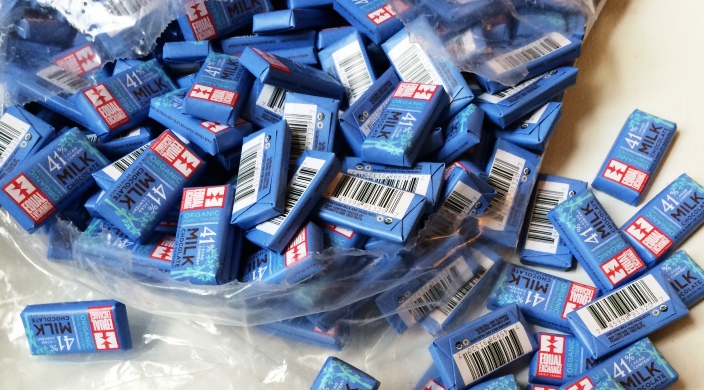 Every day is Labor Day. Jewish tradition expounds the importance of work and those who do it. Even God worked for six days and then rested on Shabbat. The Jewish vision of the messianic era is not an age of idleness, but rather one in which swords become plowshares. Ideals for fair and dignified treatment of workers, economic justice, and trafficking may be found in the resolutions of the Union for Reform Judaism and Central Conference of American Rabbis​. The recent book, The Sacred Table: Creating a Jewish Food Ethic, explores this and other food related topics in a modern Jewish context

Chocolate is one medium for uncovering themes of worker equity, food justice, and ethical kashrut. Many cacao farmers who tend cacao trees and harvest the beans, never taste chocolate, the final product.

Worse, thousands of children, some of them slaves, work in dangerous cacao harvesting in West Africa's Ivory Coast or Ghana, the primary market for much of the world's cacao beans. Unfortunately, in this regard, chocolate does not always mix well with Judaism's concept of oshek, honest and fair labor practices.

The Harkin-Engel Protocol, also known as the Cocoa Protocol, sought to eliminate the worst forms of child labor in the chocolate industry. Although at least eight multinational chocolate producers, including Guittard, Nestle, Hershey, M&M/Mars, and Callebaut signed onto the Protocol, it has not been fully implemented.

In an effort to provide fair compensation to cacao farmers, several fair trade certification systems seek to establish a minimum price above market value for the beans. Chocolate companies such as Equal Exchange and Divine Chocolate select third party Fair Trade certification to support farmers and to avert child labor. Other chocolate makers prefer to sidestep that formal certification, claiming that their farmers benefit more from their direct trade and financial arrangements. Sean Askinosie of Askinosie Chocolate and Taza Chocolate, identify as such direct trade companies.

In the Jewish world, ethical oversight for producers and purveyors of kosher food other than chocolate has taken the form of initiatives such as:

This Labor Day weekend, may we choose foods, including chocolate, that honor these daily Jewish values, enhance our precious energy, and sustain our work and our rest.