The Exile of Tishah B’Av: What Is It We're Mourning? 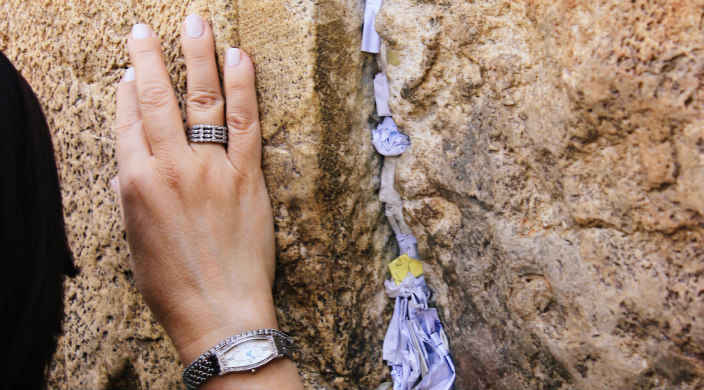 Exile is one of the preeminent themes of the Torah. From the outset of Genesis, Adam and Eve are exiled from the Garden of Eden. Abraham is called by God to “the land I will show you” but famine forces him to seek refuge in Egypt. Joseph is sold off to Egypt, where, at the end of his life, he makes his family promise, “When God has taken notice of you, carry up my bones from here” (Gen. 50:25). The remainder of the Torah – all of Exodus, Leviticus, Numbers, and Deuteronomy – charts Israel’s pursuit of a path back home.

Jewish history works in similar cycles of dispersion and return. David and Solomon established a kingdom and a Temple in Jerusalem, but these were demolished in 586 B.C.E. and the survivors of Judah were deported eastward. They longed for Zion by the rivers of Babylon. A generation later, a remnant returned and rebuilt the kingdom and its Temple in Jerusalem. The Second Temple was destroyed by the Romans in 70 C.E., and again the Jews became a people in exile. For centuries, Jews built Diaspora communities even as stragglers returned to the Land, to pray or to die there. The advent of Zionism in the 19th century marked our most dramatic effort since the days of the Bible to return home.

The fast of the 9th of Av – “Tishah B’Av” – is devoted to reflection on what it means to live in exile. The shorthand is that it is the date when both the First and Second Temples were destroyed.

But Tishah B’Av isn’t only about history, just as Passover and Hanukkah are not “only” about history. The genius of the rabbis who shaped Judaism is in the way they spiritualized history and filled it with religious meaning for subsequent generations.

Thus, the events of Tishah B’Av aren’t simply understood as historical calamities. After all, catastrophes have befallen the Jewish people on every day of the calendar year. But they are signposts for a religious condition:

This is the great secret of Tishah B’Av: The last two are really one. Because in Judaism’s religious humanism (or humanistic religion?), distance from other people necessarily results in distance from God:

Why was the First Temple destroyed?
Because of three things: idolatry, sexual immorality, and bloodshed….
But the Second Temple – when people were occupied with Torah, mitzvot, and gemilut chasadim (acts of lovingkindness) –
Why was it destroyed?
Because of senseless hatred (sinat chinam).
(Talmud, Yoma 9b)

Consider the theological outlook the Talmud is teaching. The First Temple stood at a time of rampant perversion and hypocrisy, so naturally (in the rabbinic mindset) it was lost. But the Second Temple stood during centuries that were recalled for Torah and adherence to mitzvot (commandments). Why would God allow it to be destroyed?

The answer, says the Talmud, is because of rampant hatred that existed among the Jews – even as they were living according to the letter of the Law. Service to God in the Temple was not meant to be performed with hate in their hearts.

The Temple was designed to be a place of intimacy – between God and the People, and between and among the people who gathered there. As people became estranged from one another – when they could no longer see the image of God in the face of the person opposite them – then their worship and the Temple itself became hollow. An institution based on lies and hypocrisies cannot stand. Made as inconsequential as a piece of tissue paper, it is as if God thoughtlessly crumpled it up and tossed it aside – because, spiritually speaking, it was already destroyed. The assault of the Romans was just a final punctuation mark.

The astonishing lesson of the Torah is that only one creation is made “in the image of God” – human beings. To treat other people with contempt or disgust or hate is to treat God’s only image that way. As a result, estrangement from one another and estrangement from God are intertwined.

The Tishah B’Av fast marks a sad reality: this is the world in which we live, each in our own isolated cones with our own preoccupations and nursing our own hurts. This scenario illustrates what it means to live in exile; exile is the metaphysical sense of being alone, and it is our own doing.

If we find it hard to mourn the loss of “The Temple” on Tishah B’Av, no matter; mourn for something else.

Mourn for our distance from God.

Mourn for our distance from each other.