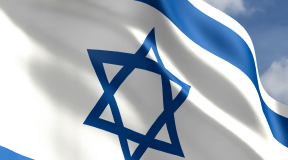 If you need a hammer, I will be a hammer, if you need a nail, I will be the nail… We are as bars of iron, elastic but iron. Metal that can be forged to whatever is needed for the national machine.  A wheel?  I am the wheel. If a nail, a screw or a flying wheel are needed – take me!  Is there a need to dig the earth? I dig.  Is there a need to shoot, to be a soldier? I am a soldier… - Yosef Trumpeldor (paraphrased)

Yosef Trumpeldor (1880-1920), soldier, symbol of pioneering and armed defense in Eretz Yisrael, became a symbol to pioneer youth from all parts of the Diaspora. His concept of Zionism was intertwined with the establishment of agricultural communes in Israel, which, if necessary, would be defended by armed force.

For Reform Jews, “obligation” can be a funny thing. Our movement champions individual autonomy and encourages each of us to seek out meaning in personal mitzvot, leaving much to choice and often little to obligation. So what, if anything, are we obligated to do? Are we obligated to: give tzedakah? keep some form of kashrut? observe Shabbat? provide our children with a Jewish education? The topic of many books and dissertations, these questions require a much longer discussion. Specifically now the question arises regarding our obligation to Israel.

Do we have an obligation whatsoever to the State of Israel? Does Israel’s current crisis increase our responsibility towards it?  Not surprisingly, few American Reform Jews would identify with Trumpeldor’s sentiment, and some find themselves ambivalent about how to feel or act regarding Israel. During the past month, while our Reform Movement in Israel has stepped in to fill an important role in Israeli society — providing support, care, and respite — many American Reform Jews see it as obligatory to go to Israel now to help.

If we are part of the Jewish people, then we unequivocally have an obligation to the largest Jewish community in the world and the only sovereign Jewish political entity. As Shmuel Rosner recently penned in The New York Times,

If all Jews are a family, it would be natural for Israelis to expect the unconditional love of their non-Israeli Jewish kin. If Jews aren’t a family, and their support can be withdrawn, then Israelis have no reason to pay special attention to the complaints of non-Israeli Jews.

It was the late philosopher Rabbi Joseph Soloveitchik who most clearly articulated the notion that as Jews we all must share a common fate and a common destiny. He enumerated four positive consequences of the awareness of a shared fate. He stated, that as Jews, we share historical circumstances, suffering, responsibility and liability, and activity.

While it is beyond us to change or control our fate, we can and are obligated to alter and influence our destiny. Soloveitchik explains,

Destiny in the life of a people, as in the life of an individual, signifies a deliberate and conscious existence that the people has chosen out of its own free will and in which it finds the full realization of its historical being.

It is our common destiny that we must join together and work hard to change.

Having just returned from a week in Israel, I felt the effects of the current war on the state of Israeli society. I felt the trauma of soldiers, the exhaustion of volunteers, and the deep sigh of those who know that the results of the most recent violence will last for months to come. The message from Israelis was clear — they are fighting a war of ein breirah (no choice), and we as Jews must also see our role as an obligation for which we have no choice.

How do we translate our obligation to support Israel? Here are just a few suggestions:

While living outside the land of Israel affords us the choice to participate in Israel’s fate, we must now affirm our Jewish peoplehood and recognize our obligation to do what we can for our Israeli brethren. Together, we must work to ensure the sanctity and security of our joint destiny.

For more on our recent mission and how to travel to Israel, visit ARZA.org.

END_OF_DOCUMENT_TOKEN_TO_BE_REPLACED

In meetings with the President of Israel, Isaac Herzog, Defense Minister Benny Gantz, Finance Minister Avigdor Lieberman, Transportation Minister Merav Michaeli, and Foreign Minister and Alternate Prime Minister Yair Lapid, we discussed the crisis in Ukraine, the future of the Kotel, ensuring more funding and rights for non-Orthodox Jews, combatting racism, and stopping extremist violence against Palestinians, in addition to other pressing issues.
Israel and Its Neighbors
Image