Our hope is not lost, the hope of two thousand yearsTo be a free people in our land, the land of Zion and Jerusalem.-Hatikvah, Israeli national anthem

This year's observance of Yom Ha'atzma'ut was particularly interesting and thought-provoking for me; here are some hightlights:

At mid-day on Tuesday, Memorial Day, almost the entire population of Shorashim, a few hundred people, set forth in a bus and a caravan of cars toward the Bet Shean valley. Every year we do an educational excursion on the afternoon of Memorial Day, to a historical site connected with the creation of the state. This year, we explored the area settled by Orthodox kibbutzim in the late 30s and early 40s. A highlight of the afternoon was a meeting with Jonathan Bassi, whose parents were among the founders of one of these kibbutzim. Bassi, who was a baby in 1948, recently got interested in researching a pivotal battle from 1948 that helped set the borders in the area, in which several of his parents' close friends and comrades were killed. He discovered a fascinating history of silence, regret, and guilt - that generation didn't discuss their feelings, and when he probed, fifty years later, it all came out - the one who was passed over in making up that morning's patrol because he was needed on the farm, the one who still feels guilty that he didn't clean the machine gun - and it jammed in battle, the young widow who only knew her husband had been killed when he didn't come back with all the others (no one would tell her)... etc. It was interesting to contrast that almost pathological restraint with our present invasive media culture, which would not have let any intimate detail escape the public spotlight. We complain about that sensationalistic, prying scrutiny - but it does have its advantages.

Bassi didn't talk about himself. A recognized and respected community leader, he was appointed in 2005 to supervise the resettlement of the settlers evacuated from Gaza. He became a lightning rod for the strident public controversy over that evacuation, and ultimately was hounded out of his kibbutz by a vocal minority. But we all knew his story (from the media), as we listened to him speak so eloquently about the battles of sixty years ago, and their meaning for him.

We went on to a nearby park, where at sundown we held a brief ceremony - including the sounding of the shofar - to mark the transition from Memorial Day to Independence Day, and a picnic and campfire. Baked potatoes in the fire for the native Israelis; toasted marshmallows for the immigrants.

The next day, Independence Day, we set out to brave the crowds at the Air Force training base near Haifa, where the Galilee Jewish-Arab Youth Circus had been invited to perform at the traditional Independence Day open house (held at many army bases, all over the country). We had wondered how the parents of the Arab kids would feel about this invitation. There was no hesitation; they were proud and supportive. We had actually been a bit surprised at the invitation, and indeed a few days before, a clueless army bureaucrat tried to cancel it, as it was "not possible for Arabs to visit the base;" but ultimately he got it - that these are citizens - and relented. So there they were, Jews and Arabs, in the shade of a Patriot anti-missile missile launcher, launching balls, rings, and each other into the air, to the enthusiastic applause of hundreds of who had come out to show their children Israel's military might and eat ice cream.

Hopefully some of them got the message - that it takes different types of might to survive as a state, and that the courage to let the Other stand on your shoulders may be at least as important as the courage to fly an F-16.

The Jewish people have been welcoming people in for thousands of years, and this ruling takes a tremendous step forward in proving that Israel is the Jewish State for all Jews.
Education
Image 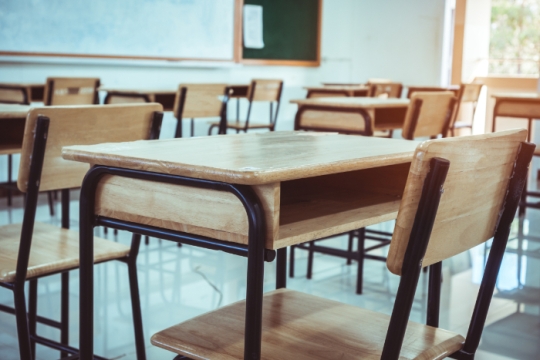 This year, because of the COVID-19 pandemic, nearly all schools in Israel have been closed for most of the year, leaving students stuck at home and trying to complete their studies remotely. All of them are hurting – emotionally and socially.
Experiencing Israel
Image