The Gay Synagogue I Didn’t Know I Needed 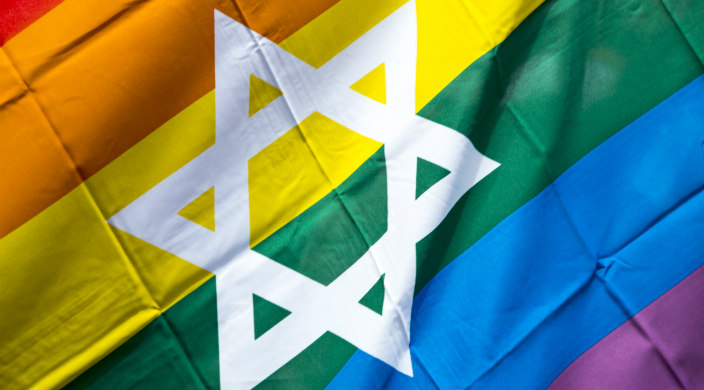 If you had asked me when I graduated from college in 2009 whether there was a need for predominantly LGBTQ+ synagogues, I probably would have said “not really, not anymore.”

If you had asked me again, before I started my rabbinical studies in 2013, I probably would have doubled down on that sentiment. I likely would have responded with an argument like this:

“Historically, LGBTQ+ Jews founded their own synagogues because mainstream synagogue life was not welcoming and accepting of LGBTQ+ folks. But we’ve come a long way, and given the progress we’ve made, especially in the Reform Movement, LGBTQ+ synagogues aren’t really so necessary anymore.”

Today, my own experience becoming a part of a predominantly LGBTQ+ synagogue has taught me just how wrong I was. Of course, I’m glad that acceptance has increasingly become the norm within the Reform movement. Even within other streams of Jewish life, LGBTQ+ folks have found increasing levels of acceptance and community. But there is a wide gulf between acceptance or inclusion and getting to learn from and be welcomed into a community that has decades of lived, queer experience.

Until I became part of the community at Congregation Kol Ami in West Hollywood, CA, I never realized I was missing the light and love that a generation of queer folks would offer me. I hadn’t really given much thought to the struggles that they endured throughout their lives, or how their experience had helped shape the possibilities for my life. Yet by hearing their stories, I started to recognize the ways that predominantly LGBTQ+ communities of all faiths (and no faith) had lit the path through the darkness of homophobia, transphobia, and hatred.

Kol Ami, the name of our congregation, means “voice of my people” in Hebrew. The founders of this community dedicated their lives and their time to build a synagogue that would raise the voices of queer folks so sincerely and passionately that the rest of the Jewish community could not help but hear our cry.

There remains much work to do throughout the Jewish world and the world at large when it comes to full acceptance and embracing of LGBTQ+ folks for who they are. Yet these predominantly LGBTQ+ synagogues continue to shine the light of comfort, safety, and refuge for all, regardless of gender identity, gender presentation, or sexual orientation.

It seems fitting that Hanukkah, which literally means “dedication” in Hebrew, began this year the day after we commemorated World AIDS Day. We paused to remember those who died, honoring their memory, and lending our support to those who lost loved ones. And then the next night, we rededicated ourselves. As we light our hanukkiyot (Hanukkah menorahs) this week, adding one candle each night, we continue to shine the light that predominantly LGBTQ+ synagogues have shined for decades: the light of love, acceptance, equality, and the dignity of each person created in the Divine image.

May the light of queer communities grow stronger. May we continue to shine it into the darkest corners of our world. May we always remember to be grateful for those who lit the path on which we travel, and may we never forget the value that these communities can bring to our lives.