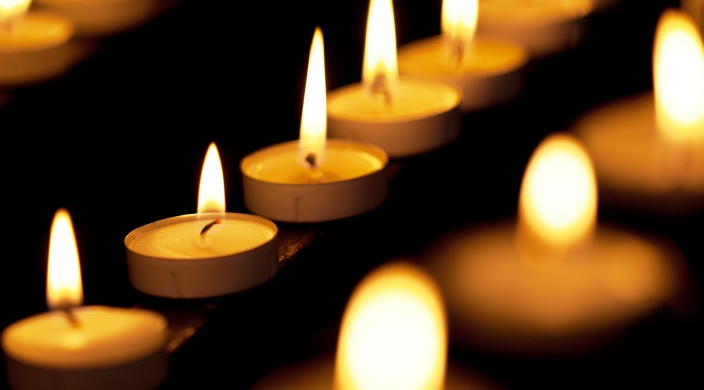 Much ink has been spilled since the release of the Pew Research Center survey on Jewish identity in the United States. Many have addressed a number of the findings of the survey, with varying degrees of concern. But as we approach Yom HaShoah, I would like to address one issue that seems to unify Jews wherever they are along the affiliation spectrum, and that is the memory of the Holocaust.

An extraordinary 73% of Pew's respondents said that remembering the Holocaust is an essential part of what it means to be Jewish. This figure closely resembles what we have seen here in Israel and in discussions and surveys with thousands of Jewish students and teachers, from America and elsewhere.

The causes for this are various, complex and worthy of separate discussion. Yet, given the prevalence of this sentiment, we have a duty to ensure that Holocaust remembrance is infused with meaning.

The Holocaust was a cataclysmic and seminal event in modern Jewish history. It cannot but be a part of our current identities -- not the sum total of Jewish (or Israeli for that matter) identity but a part.

Jewish identity is a multi-dimensional mosaic. The Holocaust is an aspect of this mosaic, and we must strive to provide it with depth. How do we ensure that the memory of the Holocaust motivates positively for our identity and heritage?

For the past two decades, the educators at Yad Vashem’s International School for Holocaust Studies have been grappling with this question. How do we meaningfully teach about the Holocaust? How do we connect a new generation with a world that was eradicated?

We start by understanding that we cannot teach about the Shoah without talking about the creative and diverse Jewish life that existed before the Second World War. We teach not only about death and destruction but also about life before and during the Holocaust and the attempts to retain human dignity. We educate about the return to life of the survivors of the Shoah and their courageous decision to rebuild. Thus, the study of the Shoah is contextualized within the study of Jewish history.

Going beyond just facts and the numbers, we need to relate the experiences of affected individuals, families and communities. We should make sure not to pass judgment on the choices people made during the Shoah. We will never fully understand the circumstances and the “choiceless choices” faced by the Jews at that time, but we can strive to find a degree of empathy. At the same time, our pedagogical approach must take into consideration the emotional and cognitive maturity of our students.

This constitutes a thoughtful and nuanced approach to the Holocaust that grasps the Shoah as a building block of our common identity, calling upon us all to grapple with its events and dilemmas and gain meaning from them.

It is imperative that we strive to nurture collective remembrance deriving from individual memories and accounts, piecing together fragments of information to create enhanced understanding. Holocaust education can also gain meaning when we apply a multidisciplinary approach that includes literary, artistic, philosophical and religious expression.

The Shoah and its aftermath continue to reverberate. The German Nazis and their collaborators attempted to annihilate the entire Jewish people. The questions emanating from this collapse of the morals and values of Western civilization must still be confronted and addressed by everyone.

As a Jew who, like the large majority of the Pew respondents, considers the memory of the Holocaust to be a part of my Jewish identity, I seek to channel that sense into learning about the diverse Jewish world that existed, about the Jews' spiritual and physical heroism during the Shoah and about the extraordinary post-Shoah activities of the survivors. Each one of us can and should commit to furthering this legacy.

The Holocaust’s implications are many, and each of us is affected and touched by it in different ways. If we all take responsibility to perpetuate Jewish life, traditions and creativity, our shared Holocaust history will have become a positive common basis for vibrant Jewish continuity.