Glimpsing the Jerusalem Above 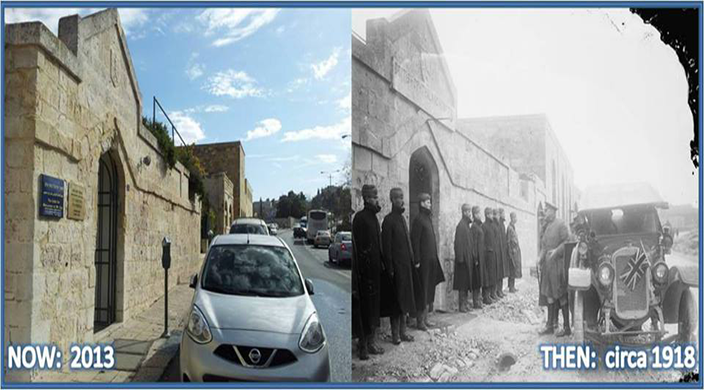 The Jerusalem below is a noisy modern metropolis, where six days a week, people rush about in pursuit of parnasah (making a living). Ancient and modern walls and fortifications attest to the competing cultures that have battled over the centuries to control this strategic city at the intersection of three continents.

The Jerusalem above embodies the values inherent in its Hebrew name Yerushalayim, which contains the words shalom (peace) and shalem (whole). What makes this city heavenly is its promise of a time when people everywhere will live in peace as one.

A legend about two brothers captures the essence of Jerusalem’s promise.

Two brothers, one single and the other married with children, farmed a plot of land and divided the yield equally. One year, after a bountiful harvest, the unmarried brother could not sleep, thinking it was selfish of him to take half the crop when he had only one mouth to feed. He got up in the middle of the night, went into his barn, filled his cart, and set out to deliver a load of grain to his brother’s storehouse. That same night, the married brother awoke thinking how wrong it was for him, so fortunate to have a wife and children, to take half a share. So he loaded a cart and set out for his brother’s barn. Halfway along the road, the two encountered one another and, realizing what was happening, they lovingly embraced.

It was on that very spot that the Holy Temple in Jerusalem was built.

Last month, as guests of the Israel Ministry of Tourism, my wife Judy and I spent several days at the Mount Zion Hotel, overlooking the Old City. On the third night, Judy’s left eyelid became seriously inflamed. It couldn’t have happened at a worse time – on the Shabbat before Tishah B’Av, the day when Jews mourn the destruction of the first and second Temples. We couldn’t wait two days for doctors’ offices and pharmacies to reopen for business.

We explained the situation to Assem Hassouneh, the man at the hotel reception desk, who told us about the St. John Eye Hospital in the Arab neighborhood of Sheikh Jarrah. We asked him to phone the hospital and, speaking in Arabic, he arranged for a doctor to meet us at the hospital entrance. At that very moment, a cab driver named Muhammed appeared in the lobby, no doubt summoned by Assem. He knew exactly where to go, and waited for us in the hospital parking lot. Inside, Dr. Islam Al-Hashash made us feel at ease as he gently performed a procedure on Judy’s eyelid. He then prescribed the necessary medicine and recommended a nearby pharmacy, which happened to be owned by Muhammed’s uncle.

Had we not needed a doctor in Jerusalem on Shabbat, we might never have known that the Mount Zion Hotel was the original location of St. John Eye Hospital!

The Order of St. John, a British charitable organization dating back to the Crusades in the 11th century, built the eye hospital in 1882. The Turks used it as an ammunition depot during World War I and blew it up when invading British forces entered the city. The hospital reopened in 1919. During Israel’s War of Independence in 1948, it provided Jewish fighters in the Old City with a lifeline – a cable car (now a museum site near the hotel) linking Mt. Zion with the hospital, ferrying vital supplies to the Jewish defenders and evacuating the wounded under the cover of night.

Severely damaged in the 1948 war, the hospital was relocated and eventually reopened in 1960 at its current location. In recent years, the hospital has participated in a program called Peace in Sight, supported by the Peres Center for Peace and the U.S. State Department, which enables Palestinian doctors to study at the Hadassah Medical Center for the Israeli Board of Ophthalmology exam.

Relations between Israeli Jews and Arabs were severely strained after last summer’s Gaza war. We could feel the reverberations in subtle ways in the interactions of Arabs and Jews in the Old City. In such a bitter atmosphere, every act of human kindness and caring matters. As the legend of the brothers teaches, the ground upon which Jerusalem stands is holy because of the kindness of two individual souls.

Having glimpsed Yerushalayim lamala, Judy and I left the city with our sense of wonder heightened and our hope for shalom/shalem restored.