"At a Good Hour": Waiting on My First Grandchild 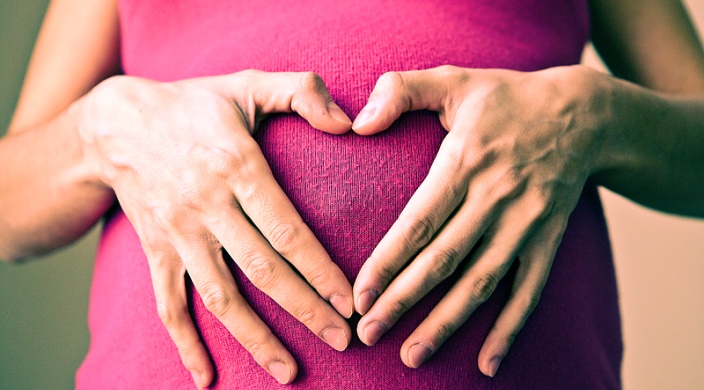 At a good hour. At the right time. B’sha’ah tovah. That is the traditional Jewish response to learning about a pregnancy. Generally, in the United States, we say “Congratulations," "mazel tov," or "wonderful,” but Judaism says, “At a good hour."

I have been thinking about that phrase recently. Why? It's not because I am pregnant. Been there, done that. However, that was before I understood the ways in which Judaism could frame life, that was before I was familiar with the phrase “B’sha’ah tovah." To be honest, I can’t quite remember the role that Judaism played in my life in my late twenties and early thirties, when I was starting a family. Like many of my peers, Judaism had been important in my teens – youth group, Israel trips, and Brandeis University connected me in a strong way. After high school, my family moved and left the synagogue I had grown up in, and although I celebrated holidays with family and friends and had a Jewish wedding, I didn’t consciously think much more about Judaism in those years.

Fast-forward many years, and cue the song “Sunrise Sunset” from Fiddler on the Roof: “Is this the little boy I carried?” My once-little boy is now married and expecting a child, and I am about to become a grandmother - a Jewish grandmother.

Over the years, I have learned many ways in which Judaism can help me frame life. I learned the most valuable lessons during times of grief. During some dark moments, Judaism provided me with a frame and a lens with which to navigate sadness and loss. The value of Shabbat is another lesson learned later in life - not Shabbat in a religiously observant way, but Shabbat in a progressive “make sure you treat the day as special and appreciate it” kind of way. During the past 30 years, I have found meaning and direction through Jewish rituals and texts that I didn’t know about when I was becoming a parent. However, I now have the opportunity and the blessing to choose the ways in which I want to integrate them into my life as a grandparent.

As my daughter-in-law passes her 38th week of pregnancy, I am acutely aware of the power and truth of the phrase “b’sha’ah tovah.” My hope and plan is to travel to be near them at that “good hour," at that "right time" and so, although I am always cognizant that we never know what tomorrow will bring and that we have to live in this moment, I am experiencing a whole new level of living hour to hour. Although I am spontaneous in some ways, I am also a serious calendar freak. I thrive on writing down my plans and fitting things together in a Tetris-like way. An hour between appointments? OK, let’s schedule coffee with a friend. Two free nights? Let’s make plans with so-and-so. Driving to New York? Let’s plan to stop and visit X. And on and on. So, how to plan now? Should I grocery shop for one days, two days, a week? Should I make an appointment for next week, or, statistically, is it more likely I should make the appointment for the following week? This is one of those times when I am so aware that life is larger than any of us, when the saying “Man plans, God laughs” feels very true. At this stage, due dates don’t matter and plans are irrelevant. This child will emerge from the womb when the time is right.

B’sh’ah Tovah. This child is already teaching his or her grandparents that they no longer can plan in the same way, and that they have entered a new phase of life. I am once again amazed that Judaism has understood this concept for centuries and am excited to be experiencing it now. It is truly one of those moments when I will be more than happy to reschedule anything that arises, to throw food into the freezer or garbage, and to delete and edit all of my Google calendar entries at a moment’s notice. In the meanwhile, I continue to intensely wonder when that “good hour” will arrive.

Margie Bogdanow is a parent educator, coach, and consultant in the Greater Boston area. She writes at HearHereParent.

END_OF_DOCUMENT_TOKEN_TO_BE_REPLACED 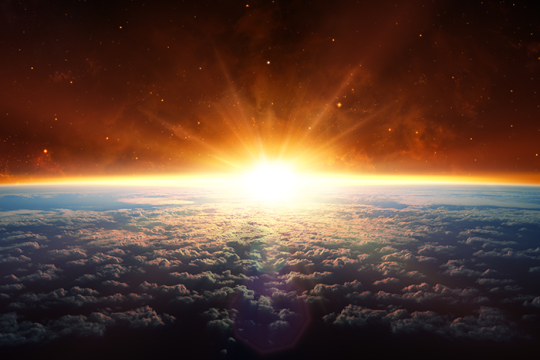 "Good Night Oppy," a documentary streaming on Amazon Prime about the two robotic rovers that NASA sent to Mars in 2003, grabbed me by the heart. What I did not expect to experience from this movie was a potent lesson in parenting from NASA engineers.
Parenting
Image

In the beginning God created the heavens and the earth. The earth was unformed and void, and darkness was upon the face of the deep; and the spirit of God hovered over the face of the waters. God said: “Let there be light.” And there was light.
Parenting
Image 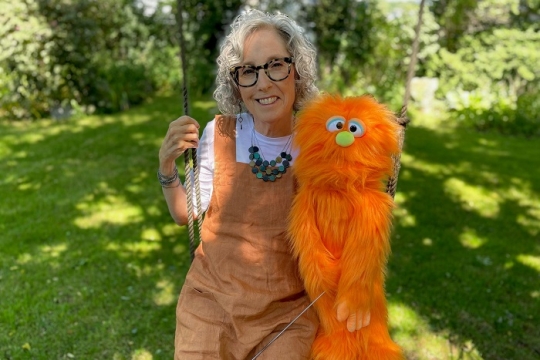