Hanukkah Reconsidered: A Split in the Jewish Soul 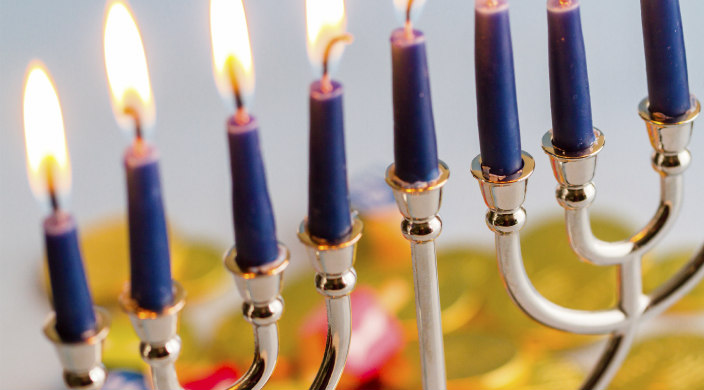 Hanukkah wasn’t complicated for me until this year.

I knew the story of the brave Maccabees, the family that fought off the Jew-hating Greeks, because Mom retold the tale when we were little and we acted it out in costumes at the annual friends-and-family Hanukkah party. The Cruel Greek King, Antiochus (usually played by my twin, Robin, in a Tudor crown), decreed that all Jews must stop practicing Judaism; he set up idols for the Jews to worship instead of their God, and led his army to seize the Jews’ holy Temple. But the Jewish warrior, Judah the Maccabee (usually played by me), and his Maccabee brothers (all played by my younger brother, David), fought back valiantly, and reclaimed the Temple.

The Hanukkah story ends with the miracle, of course: When the Maccabees reclaim the Temple, they try to rekindle the menorah. But when they look for oil to reignite it, they find only enough for a single day. Lo and behold, it lasts eight days.

I grew up loving this halcyon holiday – that is, until I learned the dark side and felt like a kid discovering that there’s no Santa Claus. It turns out, many rabbis assert, that Hanukkah is, in part, a tale of Jew vs. Jew. The Maccabees took on not just Antiochus IV, they challenged their fellow Jews for selling out, embracing Hellenistic Greek culture.

“Hanukkah grows out of a split in the Jewish soul,” writes Rabbi Irving Greenberg in his book The Jewish Way. “In most of the battles in that extended war, Jews fought among themselves as soldiers in the armies on both sides.”

I get that Jews will always disagree, but there’s something deeper dividing us: a sense of who’s authentic and who’s not. I have my own anxiety about where I fall or how I’m perceived.

Am I Hellenized? Would the Maccabees have viewed me as a threat to Jewish life?

I consult Arthur Kurzweil, a writer and speaker with a copious grey beard who never says the politically correct thing.

Sure enough, he says the Hanukkah story “is about Jewish intolerance in the best sense of the word,” when strict Jews were intolerant of lax ones.”

He believes too many of us have “blended in,” or assimilated, by opting for an “anything-goes” Judaism that he says isn’t Judaism.

Although Kurzweil doesn’t point a finger at me, I’m clearly implicated as a member of his Hellenized camp.

To sort through all this, I call my college friend Rabbi Mychal Springer, who directs the Center for Pastoral Education at the Jewish Theological Seminary.

“I think Judaism has survived because of Hellenistic impulses,” she says. “Over the generations, we’ve incorporated good things from the world around us. And sometimes we get frightened and say we’ve gone outside the bounds, but that’s part of the process of recognizing what’s sustainable.”

Judaism has always evolved, she continues, pointing out that Hanukkah isn’t mentioned anywhere in the Bible. And suddenly we say we’re ‘commanded’ to say prayers for this holiday we invented. In fact, Hanukkah is the great symbol of our evolution. The closest you get to Hanukkah in the Bible is Sukkot.”

Sukkot? What does that have to do with Hanukkah? The ancient Jews, oppressed by Antiochus, had to skip Sukkot because the king forbade all Jewish practice. So when the Jews retook the Temple, they made up for the missed Sukkot by celebrating it, belatedly. That Sukkot-redo became a new holiday, Hanukkah, which means “rededication.” I get it now. Since Sukkot lasts eight days, so does Hanukkah. “Historically, Hanukkah is simply a late Sukkot,” Springer clarifies.

Still intent on adding facts to the Hanukkah story, I go the whole nine yards and call Seth Schwartz, the hard-hitting professor of Classical Jewish Civilization at Columbia University. I want to make sure that Kurzweil’s Jew vs. Jew paradigm – Hellenist versus Traditionalist – is rooted in scholarship.

Schwartz says it isn’t. Or at least that it’s an oversimplification. The Maccabees weren’t rebelling chiefly against assimilated Jews, he says, but rather against Antiochus’s royal edict to stop Judaism. He goes on to say, “The Maccabee revolt was not a civil war between progressive Jews and reactionary Jews,” calling this an exaggerated subplot that “many liberal rabbis learned in rabbinical school.”

As to whether Jews like me can be called Hellenists, Schwartz instead suggests that we are materialists, pointing out that Hanukkah was never a major holiday until Christmas exploded. “Three generations ago, who cared about Hanukkah?” asks Schwartz. “Our ancestors in the Old Country, they lit candles on Hanukkah. That was it. There wasn’t a fuss about it. We needed a big story to compete with the Christmas story. So I think it’s specifically American.”

This article is adapted and reprinted from My Jewish Year: 18 Holidays, One Wondering Jew, with permission from Fig Tree Books LLC. 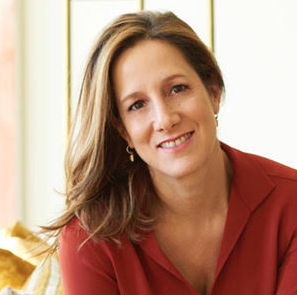 Abigail Pogrebin's new book, My Jewish Year: 18 Holidays, One Wondering Jew, chronicles her deep dive into the entire Jewish calendar.  She is also the author of Stars of David: Prominent Jews Talk about Being Jewish and moderates her own interview series at the JCC in Manhattan. She is currently the president of Central Synagogue in New York City.