High Holiday Lessons from ‘Orange Is the New Black’ 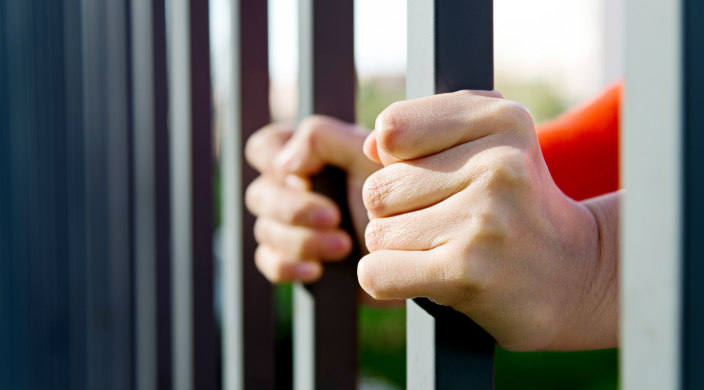 Recuperating from a broken ankle this summer, I had time to catch up on my binge streaming. One of my current favorites is the popular Netflix series Orange Is the New Black, which began streaming its seventh and final season on July 26.

The series is based on a book of the same name by Piper Kerman, a white woman who, in her early thirties, pleaded guilty to money laundering and was sentenced to 15 months in a minimum-security federal prison in Connecticut. Through Kerman’s eyes, the book gives us a first-person look at prison life for women in the United States. The show takes us inside this encapsulated world of prison life, with its written and unofficial rules reflected in the relationships and conflicts between guards and inmates, and among inmates themselves.

Both the book and the show give us a look at diversity and racial conflicts, vicious pranks, contraband schemes, solitary confinement, substandard living conditions, fraud by public officials, illegal drug rings both in and out of prison, and more. While the show has many comedic moments, violence, manipulation, coercion, deception, retribution, terrorizing on the parts of inmates and correctional officers makes for tense, sobering drama.

But in both the book and the show, we also get to see the humanity behind the real and the fictional characters in their actions and interactions. We witness many acts of kindness, of looking out for one another and being “my sister’s keeper,” of standing up for others, and of community.

As we inch closer to the High Holidays, Orange Is the New Black actually gives us a lot to think about. Here are just a few points:

1. Contrition for missing the mark

In the book, Kerman shares the statement she made to the court at sentencing:

“Your Honor, more than a decade ago I made bad decisions, on both a practical and a moral level. I acted selfishly, without regard for others, I knowingly broke the law, I lied to my loving family, and I distanced myself from my true friends. I am prepared to face the consequences of my actions, and accept whatever punishment the court decides upon. I am truly sorry for all the harm I have caused to others ... ”

The show version of Piper, too, is remorseful for causing pain and suffering to loved ones, admitting that she is responsible for the infraction that got another inmate thrown into solitary confinement. In another act of contrition, fellow inmate Galina “Red” Reznikova turns over a new leaf after being attacked by a rival black marketer, plugging up a sewer opening  to prevent contraband from coming in.

In the book, Kerman enumerates kindnesses shown her by inmates who shared their commissary toiletries and shower shoes with her on her first day, inquired about her well-being, and restored her sense of normalcy with the gift of a root beer float. She also recalls when she and others draped scarves around a 70-year-old inmate when they were tasked with shoveling snow in the dead of winter, and in both the book and the show, a prison staffer allowed Piper to call home on her first night to reassure loved ones that she was OK.

The theme continues in the show with many instances of good will – when, for example, Sophia returns from a long stay in solitary confinement and Gloria styles her hair.

Both the book and the series include many examples that make the prisoners depicted accessible, showing them as fallible but also as likable, believable as people we might know, but for a wrong turn. From Red watching out for her “family” to Tasha “Taystee” Jefferson preventing Suzanne “Crazy” Warren from injuring another inmate, we see how inmates form bonds of love and friendship and watch out for one another – and we are reminded that indeed, anyone can transgress.

Standing up to injustice is a theme that looms large in our tradition, beginning with biblical commandments like, “Do not stand idly by” (Lev. 19:16) and “Justice, justice shall you pursue (Deut. 16:20). In the show, Tasha, Poussey Washington and others stand up to the terrifying schemer and black marketer, Yvonne “Vee” Parker when Vee implicates Suzanne for her own misdeeds, and Tasha stands up to prison authorities when Poussey is killed by a prison guard. Inmate Sister Ingalls returns to activism and leads a protest for better living conditions at the prison. Correctional Officer Healy starts a therapy-style group with seemingly little success, but his efforts are rewarded when Tiffany “Pennsatucky” Doggett shares with him how much he has helped her.

In season seven of the series, the fictional Piper Chapman wins parole and contemplates readjusting to life out of prison, while the real-life Piper (Kerman) takes action by promoting the cause of prison reform. The New York Times reports that she now teaches narrative nonfiction at two correctional facilities and has testified before a House Judiciary subcommittee to inform lawmakers about the experiences of women and girls in the criminal justice system – a good example of t’shuvah (repentance/return) for us all.

Following Piper's example in this season of repentance, I ask myself: What can I do better? How can I move beyond thought and conversation to take action toward making this a better world?