Holy Atheism! The Role of Faith in Judaism 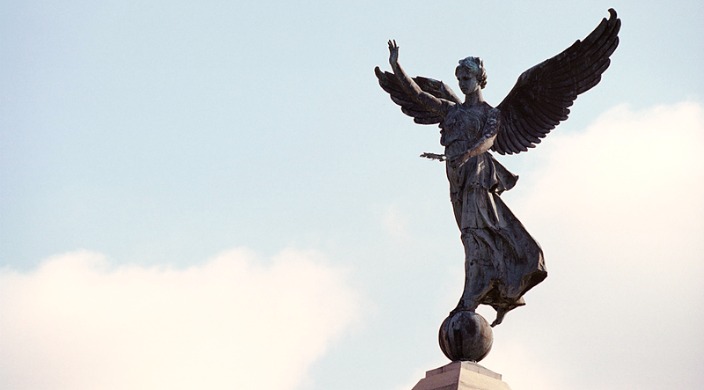 As Yom Kippur, our only holiday which focuses on our relationship with God, fades behind us, I am reminded of a 2007 article I read in Newsweek. Christopher Hitchens quoted these words Mother Teresa had spoken:

For me, the silence and the emptiness is so great, that I look and do not see, – Listen and do not hear – the tongue moves but does not speak.”   “Such deep longing for God – and…repulsed-empty –no  faith- no  love- no  zeal.

Mr. Hitchens points out that such doubt for Mother Teresa would indeed have caused crisis, not only for her, but for the catholics for whom she was such an inspiration. “Mother Teresa doubted God?!” In the height of heresy, Mr. Hitchens goes so far as to accuse her of (gasp) atheism!

I was puzzled reading Mr. Hitchens’ article. Mother Teresa doubted God. So what? As a child, I feasted on stubborn Jonah, angry Moses, poor confused Saul, and the one from whom we inherited our name, the struggling Jacob/Israel. I expected to play Divine hide-and-seek with the God of my understanding. And yet, Mother Theresa’s words reverberated deeply through my soul.

I’ve always seen faith as secondary to Judaism. Great if you feel it, irrelevant if you don’t. I can never get too excited about avowed atheist Jews. One doesn’t really need God in order to live a Jewish life.

To live a Jewish life, one need only follow mitzvot; doing so with a little compassion is even better. It wasn’t Mother Teresa’s struggle or doubt which pulled at me.  It was her pain. It was her pure human pain.

When he was hosted in the U.S. during WWII, my father was raised by Morris Bagno, one of the leaders of the International Ladies Garment Workers’ Union. Uncle Morris’s entire life was dedicated to bringing dignity and justice to the laborer. Except for family s’machot (joyful events), he refused to enter a shul or synagogue, and, believing that religion drove a wedge between class unities, declined to send my father to cheder (Jewish day school). He never even mentioned God. But, this man’s influence on my father and on my family is one of the reasons I became a rabbi. Uncle Morris’s sense of social justice was the epitome of “Tzedek, tzedek, tirdof” (Justice, justice, shall you pursue). He lived Torah so absolutely that he was, in most aspects of his life, the walking personification of Torat Chayim, the living, breathing Torah.

In fact, Uncle Morris was such an atheist, he would not have understood why Mother Teresa was so worked up. If Uncle Morris heard her lament, he would have heard the cry of human suffering – and the silence surrounding it. This - not divine longing, but a human being hearing silence - would have moved him, just as it should move us. Around us at every moment, near and far, are those who hear only silence and emptiness, those who wish to cry out, but cannot speak.  As a Jew, I know this silence is not God’s; it is ours.

We have neighbors and friends struggling with physical and mental illness, parents who cannot feed their children, and politicians so warped and distracted by their own job security that they cannot hear the weeping all around them. We have masses of citizens gassed and killed by their government’s own hand. “The silence and the emptiness is so great.” Is it ever.

And because it is, we do not have the luxury of struggling long with faith.  As Jews, we are commanded not to believe, but to do. While most religions also command us to action, to response, to feeling and hearing, and then helping – we are commanded with no expectation of belief.  We are commanded with prophetic urgency not to tolerate anguish in this world.

Can we lift the emptiness and silence? Read anew Mother Teresa’s words, hearing them as an echo of the suffering in this world:

For me, the silence and the emptiness is so great, that I look and do not see, – Listen and do not hear – the tongue moves but does not speak.

I ask you now: What are we going to do about it?

Rabbi Andrea Berlin is Director Congregational Networks – West District with the Union for Reform Judaism and is the co-director of the National Commission on Rabbinic-Congregational Relations.