Honoring the Matriarchs and Our Vibrant Jewish Tradition 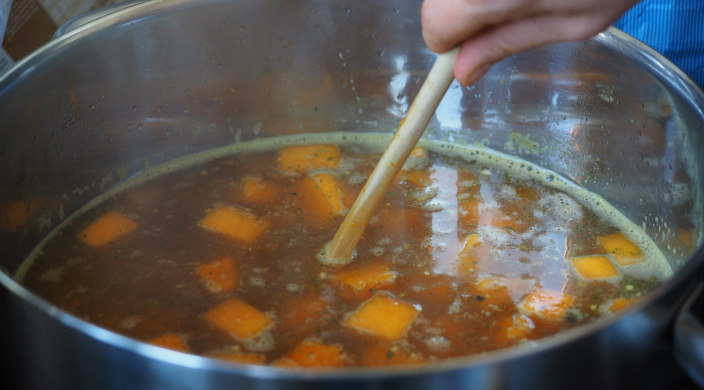 With the High Holidays approaching, Jewish websites and blogs are filled with festive recipes: pomegranate glazed chicken, sweet apple kugel, sticky honey cake. I salivate over the beautiful pictures while mentally preparing a shopping list that I already know I will edit a dozen times over. It is tempting for many of my colleagues and study partners to treat these recipes as fluff pieces, “clickbait” that crowds out more serious Torah learning and cheapens the central ikar, or meaning, of the holidays. Though perhaps unintended, this view undermines the experience of those of us new to Jewish community and belittles the historic work of women.

Although my parents are Jewish, my deep involvement with Judaism did not begin until college. Eager to make up for what I perceived as lost time, I jumped into both formal study and religious observance with zeal. Still, I envied my fellow students when they waxed poetic about Shabbat dinners from their childhoods, and even longed to feel their sense of exasperation planning for Rosh HaShanah and Yom Kippur visits home at the start of the fall semester. To compensate, I decided to engage in Jewish culture in my own kitchen. Cooking became the most accessible path into a vibrant world of Jewish tradition.

I walked through the aisles of the local supermarket with a printout of kosher symbols, filling my basket with fresh produce and dry goods stamped with Hebrew letters that may as well have been hieroglyphics. I started with “just add eggs” matzoh ball soup mix and worked my way up to braised brisket and Yerushalmi kugel. As I gained confidence in the kitchen, I also learned to read those Hebrew letters and became a proficient speaker, I studied the laws of kashrut in Aramaic and began keeping kosher. This past year, I marveled at the crowd of 20 people assembled around my own table in Jerusalem, enjoying a meal I cooked from scratch for Simchat Torah, knowing I finally built the type of community I had envied years before.

As an ardent feminist, it is satisfying to realize that the way I found ownership over Jewish tradition and identity honors the underappreciated work of women. For centuries, women provided both sustenance and celebration through food. They invented new dishes in times of hardship, and passed down tips and secrets to the next generation. Today, women enjoy an unprecedented level of inclusion and equality in Jewish spaces, beyond the wildest and most hopeful dreams of our ancestors. As we revel in this progress and push for full egalitarianism in traditionally male spaces, it is incumbent on both men and women to remember and value the work and wisdom of our matriarchs, too.

Sometimes a honey cake is just a honey cake and clickbait is just clickbait, but for those of us who chose the Jewish community, who must work actively to gain ownership of Jewish tradition, or who simply want to ensure the work of our foremothers is properly valued, these recipes have a deeper meaning. As I preheat my oven and chop apples, I feel thankful for it all.

END_OF_DOCUMENT_TOKEN_TO_BE_REPLACED

I'm a self-proclaimed book worm. Since I could read, my default setting has been to research anything new at the library before implementing it. However, adulthood has taught me that some of the best lessons are learned after acting and truly living, which is why Rabbi Yanklowitz's perspective so resonates with me. Even so, I always start new adventures by studying.
Health and Wellness
Image