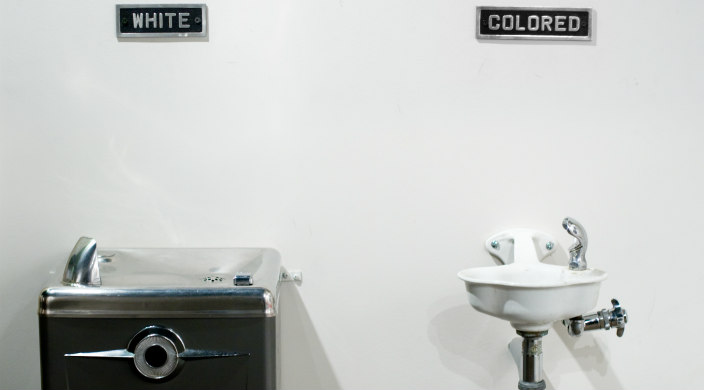 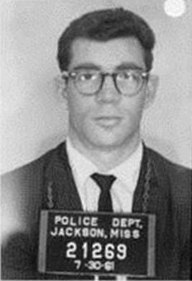 I was 23 in the summer of 1961 and President Kennedy had been in office six months, when I asked my rabbi, Albert Lewis, z”l, of Temple Isaiah in Los Angeles, CA, if he thought I should join the Freedom Riders, the civil rights activists who rode interstate buses in mixed racial groups to challenge the unlawful practice of segregated seating in Southern states.

Rabbi Lewis, whom I admired for his belief that God, justice, and right behavior are inseparable, replied, “Phil, if I were in your shoes, I would go.”

The  product of a liberal upbringing in white suburbia, I'd had minimal social contact with people of color. I had not read any of the Reverend Martin Luther  King Jr.’s writings on non-violent resistance, nor was I aware of his saying, “…Freedom Riders must develop the quiet courage of dying for a cause.”

So, when I signed on, I was only remotely aware that I might get my head beaten in.

In 1961, black churches in Alabama had not yet been torched. Mississippi wasn’t burning, just smoldering. Michael Schwerner, Andrew Goodman, and James Chaney had not yet been murdered by the Ku Klux Klan.

Soon I was on a train from New Orleans, LA, to Jackson, MS, accompanied by 14 other UCLA student civil rights activists and several FBI agents.

“Jackson!” the porter yelled. We didn’t have to be told. When you’re about to do something that will have a profound effect on you and others – you know where and when to disembark, even if you’re not quite ready.

In the station waiting room, I naively thought to myself, “Thank God, there are police here” – until I saw their unfriendly faces, batons in hand, and realized they were no honor guard.

The police stood before us in stony silence, like a wall, while the FBI agents melted away into the afternoon heat.

The voice of a police officer bellowed, “Are y’all going to move on?!”

We remained seated, singing “Black and White Together.” Nobody moved. “Just like a tree that’s planted by the water side, we shall not be moved.”

We proudly filed into the paddy wagons, heads held high. Then, looking out through the barred windows, as strange towns flew by, we sang "We Shall Overcome."

Before the sun had set, I was fingerprinted and photographed for my mug shot. The Mississippi State legislature had graciously voted to “up” our misdemeanor “crime” to a felony sentence of six months (or four months and $200.00) in the Mississippi State Penitentiary.

I was incarcerated for 39 days and can still pace a nine by six space, the size of our prison cell, with my eyes closed.

What was my crime? Sitting with friends – some black, some white – on a bench in the Jackson train terminal.

As political prisoners, we were not allowed visitors, except for a Catholic priest and Rabbi Perry Nussbaum, z”l, of Beth Israel Congregation in Jackson. The rabbi made a weekly round trip of 260 miles to visit any Freedom Rider who requested a visit.

He supplied us with a prayer book and an Army Bible, which the guards let us keep, and would send a form letter to our relatives after each visit.

Some years ago, The Jacob Rader Marcus Center of the American Jewish Archives in Cincinnati, OH, surprised me with a letter that my mother had sent to Rabbi Nussbaum on August 6, 1961. It read, in part:

…I admire men who practice what they preach; that they do so under difficulty makes it even more impressive.... That you are willing to drive those long miles every Thursday is to me the living reality of what our prophets preached and you are practicing....

The rabbi and his wife would pay a price for their moral courage. On September 20, 1967, the temple he served in Jackson was bombed, and after that, his house. “I have always been subjected to harassment in Mississippi,” he told the media, “but I have always preached prophetic Judaism and social justice during my 13 years here, and I hope there will be no curtailment of my activity now.”

Our ethics derive from those who personify those values and lovingly guide us. In my case, it was Rabbi Lewis, who encouraged me to become a Freedom Rider, and my parents, who supported my decision.

I attribute my social activism in large part to a simple parental expectation: Our family ate dinner together every night, when we not only enjoyed my mother's good cooking, but were nourished ethically by vigorous debates about the social issues of the day. At the table, before the advent of smart phones, our parents shared their passion and concerns about right and wrong, justice and liberty.

Mom and Dad, thank you for helping us develop into spiritual and moral beings and for imbuing us with a love and passion for the character virtues that led to the ethical actions that have made all the difference in our personal and communal lives.

Without character, empathy and compassion have no residence from which to go forth and make a difference for the good.

Rabbi Philip M. Posner, retired, holds a doctorate in ethics. He is the author of The Rabbi and His Famous Friends – Food for Thought, Character and Soul – Recipes and Blessings Included. He is available as a guest speaker, sharing talks about his book and also his Freedom Rider experiences. Visit his website.