How Connecticut's Jewish Farmers Exemplify the Power of Philanthropy 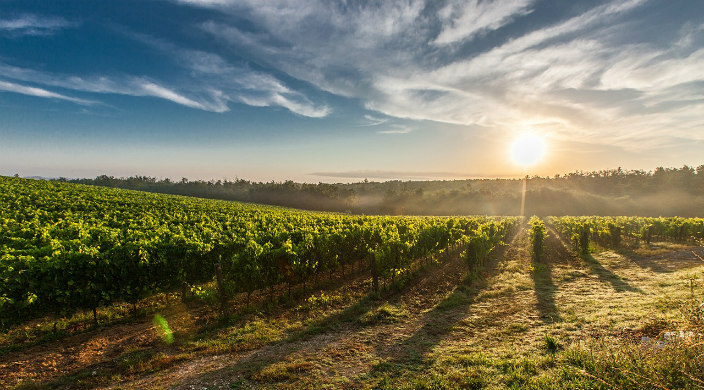 I had been living in the hills above Sharon, CT, for some time when I heard that a Russian Jewish family had once lived about a mile away. Then a neighbor mentioned that his father had bought their several-hundred-acre farm from “a Jew” in 1926. The mention of a third Russian Jewish farmer, in his nineties and still living on his farm outside of Sharon, sent me to my town’s land records, where I found references to “JAIAS” – the Jewish Agricultural and Industrial Aid Society – under the mortgage details of these three farm purchases.

At the Center for Jewish History in Manhattan, I learned that JAIAS was founded in 1900 on the Lower East Side with funds from the Belgian Jewish financier and philanthropist Baron Moritz de Hirsch. It turned out that JAIAS had provided mortgage assistance to 15 Jews between 1907 and 1925 for the purchase of farmland in the hills above Sharon.

One of the wealthiest men of his day, Baron Maurice de Hirsch (1831-1896) was moved by the relentless poverty and persecution of Russian Jews, who were forbidden to own land and confined to an area known as the Pale of Settlement. After Jews were blamed for the assassination of the czar in 1881, triggering a series of devastating pogroms, Hirsch appointed himself their savior.

Failing in his attempt to influence the Russian government to ameliorate its policies toward Jews, Hirsch began financing their mass emigration. He provided emergency funds for Russian Jewish refugees making their way through Europe and sponsored projects to help these refugees become self-sufficient farmers and craftsmen in their new countries.

Calling it “the object of my life,” Hirsch described his goal as giving “my companions in faith the possibility of finding a new existence, particularly as farmers…in those lands where the laws and religious tolerance permit them to carry on the struggle for existence as noble and responsible subjects of a humane government.”

Hirsch’s first initiative was to create the Jewish Colonization Association (ICA) to resettle Russian Jews in large farming colonies in Argentina. Although the ICA would ultimately settle 35,000-40,000 in Argentine farm colonies, the project suffered from poor leadership in Buenos Aires and difficult farming conditions. In time the number of colonists diminished, leaving their land for city life.

In 1882, when the Jewish Hovevei Zion (Lovers of Zion) Movement began creating agricultural settlements in Palestine, Hirsch considered contributing, but backed away when he learned that the French Jewish philanthropist, Baron Edmund de Rothschild (1845-1934), was supporting these colonies by establishing wineries to help them become self sufficient. In a kind of gentleman’s agreement, the yishuv (Jewish community in pre-state Israel) would become Rothschild’s turf, and the diaspora Hirsch’s.

In 1891, Hirsch donated $4 million to establish a fund in New York City that would lead to the creation of JAIAS. Over the next three decades, JAIAS would loan more than $7 million (of which $6 million was repaid) to some 10,000 Jews for the purchase of farms, equipment, and seed. While most of the farmers receiving aid purchased farms in New York, New Jersey, and Connecticut, some were drawn to places as far away as Wyoming, Texas and, Saskatchewan, Canada.

JAIAS agents assessed farmland before purchase and paid visits to new farmers. Its Yiddish monthly, The Jewish Farmer, provided information on what seeds to plant and when, how to judge dairy and beef catle, what machinery to purchase, and how to build chicken coops and silos. In addition, JAIAS provided scholarships to the sons of Jewish farmers to attend agricultural colleges.

Through the vision of Baron de Hirsch and the operations of JAIAS, which regarded a farm deed as both returning Jews to a “glorious Biblical past” and the “equivalent to a ‘Bill of Rights,” a substantial number of Jews became part of America’s population of farmers in the first decades of the 20th century.

Though rural life has changed and the challenges facing the Jewish people today are different, Jewish philanthropists continue to play a leading role both internationally and in the U.S. Their impact on Jewish life, like that of Baron de Hirsch, cannot be underestimated. 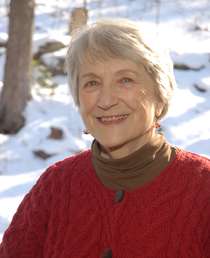 Carol Ascher has published six books of fiction and nonfiction. Her new novel, A Call from Spooner Street, depicts the reconciliation between an octogenarian Jewish refugee who spent the war years in Camp Sherbrooke and his estranged daughter. She is working on an exhibit for the Sharon Historical Society, “A Chance for Land and Fresh Air,” which depicts this hidden history of Jewish farm families in northwest Connecticut, to open October 22nd. Visit carolascher.net.