How I Helped Lead the Way for Jewish Girls With Guitars 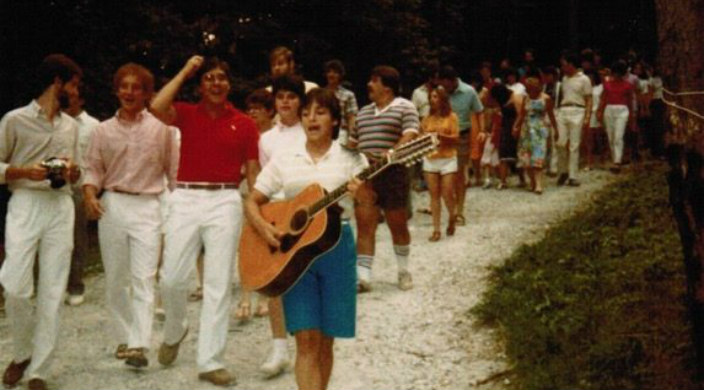 I learned to play guitar on my Dad's $20 bargain purchase from Eaton's.

It was collecting dust in his closet, and I thought I would give it a go. I really just wanted to play some of the old Peter, Paul, and Mary songs that he was so fond of so that we could sing together. I never thought of the possibilities or where that old six-string might take me.

When I was growing up, Jewish music was the sole purview of men. Even in my Reform synagogue, I had never seen a woman sing on the bimah (pulpit), with the exception of a choir solo or two on Yom Kippur. Men were the cantors, and young men were the song leaders.

And then one day, my parents gifted me with the album Songs NFTY Sings, and I heard her voice. Debbie Friedman, z"l, opened up the world to me. Here was a woman unapologetically singing, writing, and song leading in a way that moved people to think about Jewish music in a whole different way. Through that album, she told me that I could do it, too.

When I first attended Jewish summer camp in 1975, I was enthralled by the music and the young men who were leading it. I heard Debbie's songs but I couldn't see Debbie in their faces and I couldn't hear her voice. I loved each and every one of them who became my guides and my teachers but I had to ask: "Where are the women?" "Where are the girls?" "Can I do that, too?"

It was Ron who encouraged that simmering Jewish musician in me. He mentored me, pushed me, and set me up with a line of teachers whom I will carry with me forever. I admit that he had some initial reservations about my small stature and whether or not I could be seen during a Shabbat song-session in the chadar ochel (dining hall) or if my voice could carry, but together we proved that girls with guitars could rock Jewish summer camp. In 1983, I became the first female head song leader in history at my camp, URJ Goldman-Union Camp Institute, and the pride and joy that I feel when I see young women today lead in the chadar or the beit t'filah (chapel) is overwhelming.

When we sing as a camp community, we open ourselves up to the depths of our Jewishness. We find common ground in our spirituality, our language, and our love of the Divine Spirit. I never set out to be a trailblazer, but watching and hearing all of those girls with guitars who lifted up their voices after me and found inclusion in the music - that's something I will always cherish.

Shiru l'Adonai shir chadash, may we sing unto God a new song.

Dawn Bernstein was the first female songleader in the history of URJ Goldman-Union Camp Institute, a Reform Jewish summer camp in Zionsville, IN.

Rabbi Max Chaiken, our Ten Minutes of Torah commentator for the Book of Deuteronomy, is the associate rabbi of Congregation Kol Ami in Los Angeles, CA. We talk to him about his Jewish journey and the ideas behind his commentaries.
Social Justice
Image 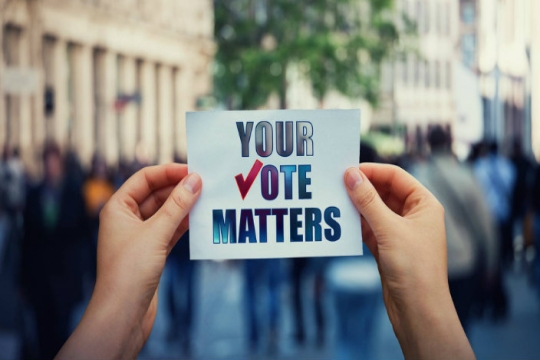 This work is our calling, and it doesn’t pause for a pandemic. Instead, we find creative ways to engage and mobilize our communities at a distance.
Jewish Values
Image 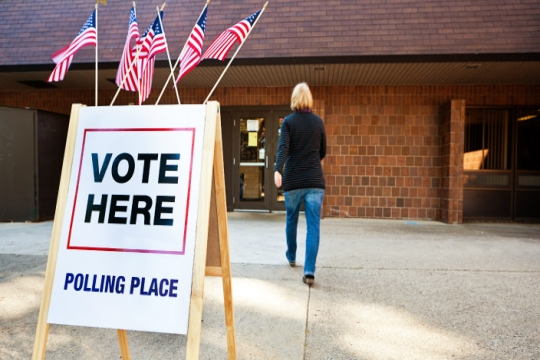 I'm Working to Combat Voter Suppression, Even Though I Can't Yet Vote

Every voice matters, and every vote should, too – but in many places across the U.S., restrictive laws and practices disproportionately keep People of Color from voting. As someone who is too young to vote, I am motivated to ensure that everyone who is eligible to exercise this right does so.
View More