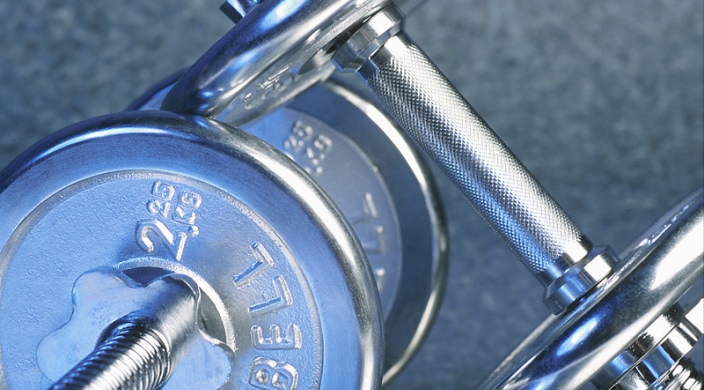 I meet regularly with a trainer at a local gym. Several months ago, he handed me two 40-pound weights to lift, one in each hand. I struggled and could not accomplish the task – but then he connected the two weights with a 10-pound bar. Magically, I was able to lift the entire barbell. But I needed the bar to hold the weights together. When disconnected, I could not lift them.

Both are connected by two million Jews who live spread over 50 other countries. This picture of k’lal Yisrael is radically changed from the portrait of 60 or 100 years ago. Either one of the large communities can become (and often is) an isolated Jewish world unto itself – but without the bar of k’lal Yisrael that holds us together, we would forget that there are not two Jewish realities, but dozens of Jewish realities.

The bar binds our communities together, and magnifies the force needed to lift up the entire system. And we are all impacted by events in other parts of the Jewish eco-system: Think about last summer’s Gaza war or the Hyper Kasher attack in January. Turmoil in any one part of the system pushes the entire system off balance.

In parashah B’har, which we read earlier this month, God reminds Moses that the land is not our personal property – we hold it as a sacred trust. We are reminded that like human beings, the capacity of the land is not unlimited. It needs a natural cycle of productivity, rest, relinquishment, and then productivity again.

Each new beginning requires adapting to new realities. If we continue to always do things the same way, our impact will slowly diminish – but change requires the careful release of patterns and practices that have developed in earlier cycles. Think about how our worship styles, our policies, our dress codes, our musical styles, have changed over the past decades. And while our principles remain timeless, our programs and structures needed to be regularly re-focused lest they atrophy and lose their effectiveness.

Still in 2015, too many Progressive Jews are denied their rightful role in the larger Jewish community. In Poland and Hungary, we are fighting for recognition from both the official bodies of the Jewish community and the state government. In Israel, we worry about how this new ruling coalition might roll back much of the progress made on religious rights in the past few years. We resent being represented in public by Orthodox chief rabbis and gemeines and consistories. We want our rightful place at the table.

And within our own Progressive and Reform communities, we are too slow to implement our vision of egalitarianism, ritual experimentation, and full integration of interfaith families. Our magic potion for dynamic growth is the implementation of our stated values, especially when those values do not seem to be supported by decades-old congregational traditions. But in this sabbatical year, it is time to proclaim freedom – to allow our congregations to grow and evolve in new ways.

The leadership required to implement change is both lay and professional. In my travels to congregations worldwide, I have seen that no one factor differentiates more the dynamic congregations from the anemic ones than the quality of that community’s rabbinic leadership.

And yet, only six Russian-speaking rabbis serve our entire population in the Former Soviet Union. To address this challenge, the World Union for Progressive Judaism (WUPJ) is pleased to announce the opening of our new Machon Rabbinic Training Institute in Moscow this September. This new program will award a BA in Jewish studies from the Moscow State University, and the best students will be invited to continue their rabbinic training at Geiger College in Potsdam.

Think about it: The Russian government university offering – and supporting – a degree in Jewish studies to train Jewish leaders, and the German government funding the training and ordination of rabbis for Europe! We hope this initiative will allow us to begin ordaining up to three or four Russian-speaking rabbis each and every year, and thus grow the professional leadership of congregations in Ukraine, Belarus, and Russia.

In Latin American, three significant Progressive congregations sought new rabbis this year. Because of the lack of Spanish- and Portuguese-speaking Reform rabbinic graduates, several of those congregations are considering engaging Masorti (Conservative) rabbis to lead them – but the Masorti Movement requires dropping affiliation with the WUPJ in order to interview or hire a Masorti rabbi. This is blackmail!

That’s why the Latin American WUPJ leadership and Hebrew Union College-Jewish Institute of Religion are discussing the formation of a pre-rabbinic leadership program in Sao Paolo and Buenos Aires. Hopefully, these programs will launch in 2016, and two years later, several homegrown students will enter rabbinic study programs, and then return to serve our growing Latin American community.

A similar challenge exists in France, with some congregations limping along until they can find a French-speaking rabbi. Other Progressive congregations have even hired Modern Orthodox rabbis because of this shortage.

It’s a systemic challenge: We can only be as good as our rabbinic leadership. Supporting and creating new rabbis in an endeavor that will require new investment from the Progressive/Reform community, but without this focus, we deny ourselves the most crucial element in ensuring congregational growth and success.

We are committed to building a strong Progressive Jewish future – in France, in Israel, in North America and South America, in Asia and Australia, in Poland and Ukraine – in every part of this globe where Jews live. History teaches us that economics and war and changing social conditions often lead to Jewish migrations from one part of the world to another. But the Jewish Diaspora is not our weakness. It is precisely our strength.

This piece is excerpted from a longer sermon Rabbi Freelander presented at the World Union for Progressive Judaism’s Connections 2015 Conference at Associascao Religiosa Israelita (ARI) Congregation in Rio de Janeiro, Brazil, on May 16, 2015. Read the entire sermon here. 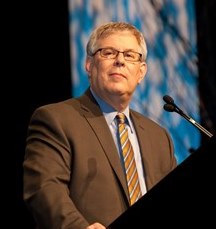 Rabbi Daniel H. Freelander is the past president of the World Union for Progressive Judaism (WUPJ), the international umbrella organization of the Reform, Liberal, Progressive, and Reconstructionist movements. The WUPJ represents two million Jews and 1,200 synagogues in 40 countries around the globe. Rabbi Freelander is also the past senior vice president of the Union for Reform Judaism.

END_OF_DOCUMENT_TOKEN_TO_BE_REPLACED 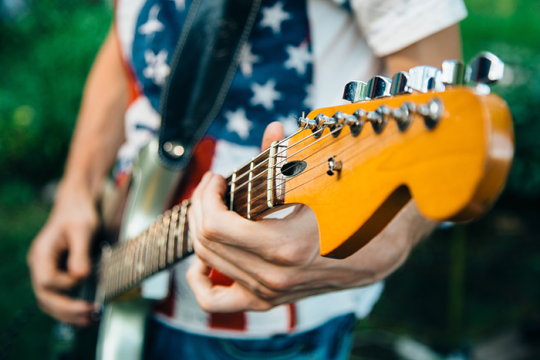 As we reflect on the United States' Independence Day, I am mindful that democracy also takes commitment and practice. Democracy takes practice because it still is not accessible to all.
Lifecycle Rituals
Image 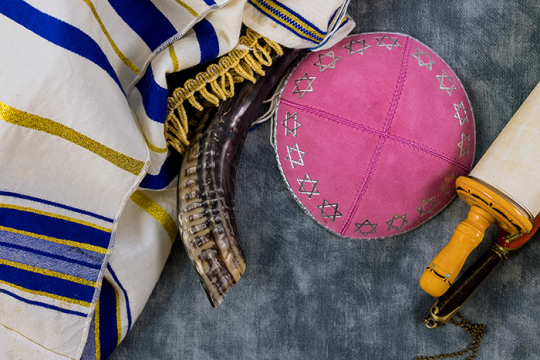 I love seeing how our students at Temple Shalom of Newton transform throughout the process of becoming BMitzvah. It's the end of my first year coordinating the BMitzvah program and my colleague Allison Lobron, an experienced leader in inclusion and social emotional learning, and I are hosting an end of year celebration for our BMitzvah students.
Racial Equity, Diversity, & Inclusion
Image