How Living in Switzerland Taught Me About Anti-Jewish Bias 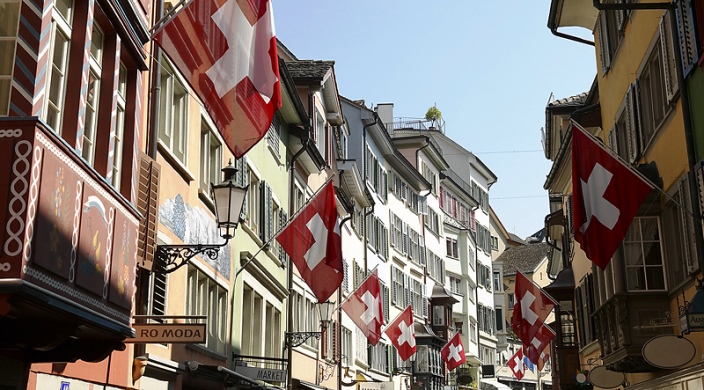 During the height of the recession, I moved to Switzerland. I had already lived in France, Japan, India and Israel, and traveled much of the rest of the world.

I’d gone global for work, love, spirituality, and cultural infatuation, but this last time was for cash: As a teacher in the recession during a hiring freeze, like thousands of other Americans, I became an economic expat.

In the land of chocolate, cheese, bankers and income, my fellow New York native teachers and I were able to afford taxi rides, apartments on our own and meals out, living the American Dream - only abroad. We were paid a six-figure salary to teach Muslim princes, Hindu billionaires, and Jewish corporate kids at an international middle school of students aged 11 to 14 in Zug, where the infamously pardoned Marc Rich brought Glencore, making the small former farm town fabulously wealthy.

The students were “third culture kids,” gone global from living in one oil-rich nation to another. They reminded me a lot of myself - not in financial terms but cultural: I am a half-Jewish, half-Ukrainian pan-spiritual writer, teacher, and yoga instructor who identifies as Jewish. Having lived around the world, I felt for them.

At one of our first staff meetings, one of the British teachers was discussing a problem student.

“He has Russian boy syndrome,” she said. My mouth dropped. “They’re obsessed with weapons and violence!” she said to a room full of nods.

Then my Indian-English co-teacher joked: “I thought this was a global school!”

Everyone in the room laughed. My Park Slope liberal skin chafed.

I was the only teacher in a school of thousands that celebrated Rosh HaShanah. I had to ask for special permission to take off two days. When I returned, my co-teacher asked if I had enjoyed my day off at the “Jewish celebration.” Noting a snippiness, I responded that I’d rather not discuss my religion. She retorted that “I was making things difficult” and she was “just making conversation.”

Near Christmastime, I saw for the first time blackface Santa’s helpers; St. Nicholas’ helpers were “Moors.” At the same time was a British-only celebration at school that I satirized in an article for The Huffington Post. Although I went to the Orthodox church in Geneva to volunteer, I was still called anti-Christian by my supervisor. As a half-Jew who had lived previously as a “nothing” (read to most: Christian), I never had experienced actual exclusion or discrimination. I was shocked.

The article and my other “outbursts” landed me in the principal’s office, where I was informed there were other complaints about me.

Separation of church and state is just an American thing, I soon learned. By Christmas I already was afraid of what would happen when I saw the baby Jesus manger set up in the parking lot.

When I was in the fifth grade, I had asked a teacher where were the other decorations besides the “Christian” ones?  She asked, “Are you Jewish?” I said, “My dad is and my friends are,” and she immediately put up Kwanzaa and Hanukkah decorations. But in Switzerland, this attitude only attracted sneers and mocking remarks. I felt like I should resign.

I put my mezuzah inside my door. At a wedding in Israel - only a four-hour flight - I felt at home among my people, the Jews. My suspicions about Switzerland were valid: I was being discriminated against. By living in Japan, New York, Paris and India, all American and pro-Israel or Jewish-friendly (I lived in the Marais district in Paris), I had not realized that anti-Semitism actually existed, and had never heard a discriminatory word spoken.

An Irishwoman who referred to me as “the Jewish girl” said, “Switzerland is a Christian country, it has tradition, and Israel might be the same.” I told her maybe, but we were in an international school and that in India, an extremely diverse country, they would never celebrate the wrong holiday or wish a Happy Ramadan to a Hindu. Majority rules, she said, simply.

“Christians are the majority in the U.S., too,” I said. I realized what a very special place America is.

My comments resulted in the silent treatment in the staff room. I wasn’t invited to showers and parties. My New York friend said I was behaving like a college freshman. In fact, in college I had been a radical feminist activist - but then it was a good thing, not something to be penalized for.

My boss, a Scot, went out of his way to buy me a Hanukkah present and encouraged me to resign to preserve my teaching record and, more importantly, my belief that global citizenry, not nationalism, would help bridge the international world.

So I gave up the job. My rights in Switzerland were not those of an American. I’ve been all over the world, but only back home was I able to be a dissident, doing my patriotic duty by speaking up.

Now, back in Brooklyn, controversial artists are a dime a dozen, and I’m probably the least neurotic person in the room. I lost a nice income, but at least I know I’m free to be who I am.

It’s good to be home.

A. Pinsker is working on a memoir called Girl Gone Global, on living on three continents in a search for love and a spiritual home. She has been published in New York Magazine, the Fix, New York Press, Time Out New York, New York Post, BUST Magazine, the Forward, The Jerusalem Post, Interfaith Magazine and more.