How Midrash and Commentary Help Us Read Between the Lines 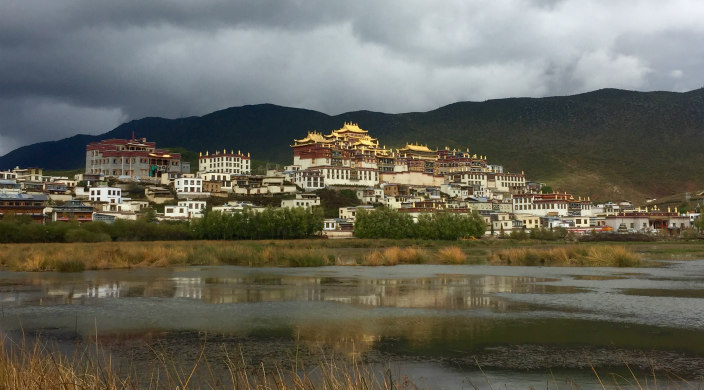 This week’s Torah portion, Vayigash, is often read in terms of reconciliation and reunification: Joseph forgives his brothers for selling him into slavery, Jacob learns his favorite son is alive, a family comes together. All in all, a nice, clean happy ending.

It turns out, however, that there is much more action happening in the background and, through some research, I happened upon the intriguing story of Serah.

Step-daughter of Asher, one of Jacob’s 12 sons, Serah is mentioned only twice in the Torah: among the 70-person party traveling from Canaan to Egypt later in this portion and, about 400 years later, as one of the Israelites escaping Egypt.

Commentators offer an anecdote to explain Serah’s remarkable lifetime. As the midrash goes, upon learning Joseph’s identity, his brothers wonder how best to break this shocking news to their aging father. They settle on directing Serah, described as a beautiful young woman with a captivating voice, to deliver the message in their place. While not recorded in midrash, placing the responsibility also conveniently allows the brothers to escape the guilt of owning up directly to their betrayal and deceit.

Accordingly, Serah sits by her grandfather’s side and sings the good news to him. Overjoyed, Jacob grants her eternal life. With this gift, Serah goes on to lead a truly incredible life behind the scenes. Despite being mentioned only twice, she weaves quietly in and out of the Jewish narrative through midrash and commentary. Her long life means that she is present for many of Jewish history’s most significant moments, and she passes on these memories to new generations that are born and grow up around her, as she moves agelessly through time.

Serah identifies Moses as the true redeemer, leads the Israelites to Joseph’s burial site, and confirms the experience of walking through the parted Red Sea. With these all but invisible actions, Serah silently ensures the safe and steadfast movement of the Jews through the Torah.

For much of my life, it’s been easy to see and experience Judaism primarily through its biggest rituals and celebrations: b’not mitzvah, Passover seders, lighting the menorah. Recently, though, I’ve found that spiritual moments are often quieter, behind the scenes, and – like Serah – only visible with a little searching.

As Rosh HaShanah approached last year, I was across the world, living in southwestern China. On a whim, I translated “synagogue” into Mandarin and searched on Baidu Ditu (the Chinese Google Maps). I got an error message. Undaunted, I celebrated instead by eating apples and explaining the Jewish New Year to my Chinese roommate.

Ten days later, as my friends and I spent a drizzly Friday afternoon wandering around a nearby Buddhist temple, the solemn atmosphere mixed with the sound of melodic chanting reminded me of Kol Nidrei services. It dawned on me that it was erev Yom Kippur. I was the only Jew there, and though I didn’t share this thought with anyone, the spirituality I felt at that moment was incredibly special.

Later that night, as my friends and I sat in the airport, I downloaded a recording of Kol Nidrei on my phone and listened as I watched the planes land and take off.

I didn’t fast or recite prayers, and I’m not sure anyone else even noticed I was observing. It certainly didn’t look – or feel – like any Yom Kippur I’d experienced before.

Regardless, it was one of the most meaningful Jewish moments I’ve ever had.

On the surface, Vayigash is a classic Torah story. It’s inspiring, heartwarming, and powerful, but not quite relatable. Dig a bit deeper, though, and the midrash of Serah’s fascinating story emerges. She is not your typical biblical hero, just as a Buddhist temple in China is not your typical Yom Kippur setting. Midrash and commentary provide a foundation for continually reading between the lines, literally, of Jewish teaching. I think that adapting this kind of thinking to real life can be equally valuable.

Taking the extra effort to celebrate these unappreciated moments can enhance a weekly Torah portion, transform a holiday, and open a new window onto a faith I’ve known my whole life.