How One Family Reclaimed its Jewish Heritage 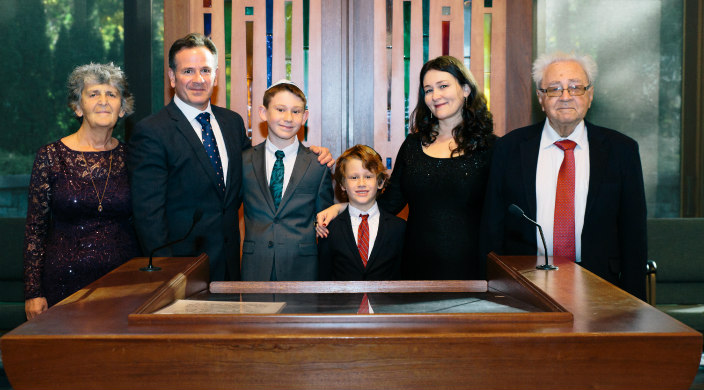 Makom shelibi oheyv – sham raglai molikhot otee, a passage from the Mishnah, can be translated as, “The place that my heart holds dear, there my feet will bring me near.” It’s a beloved text at Woodlands Community Temple near White Plains, NY, where a powerful feeling persists. You may recognize it from your own synagogue, a place that’s so warm, welcoming, and loving, you find yourself drawn there. It’s a place you simply want to be. Sometimes, however, you receive more than you could ever have imagined.

Let me tell you a story, from my makom (place) to your makom.

On a recent Shabbat, Gabe Fuschillo, a kind young man who makes you smile when you’re with him, became a bar mitzvah. Throughout the service, he was surrounded by love as his family and guests, his clergy and teachers all reveled in simply watching him do his thing.

But there was so much more.

Gabe read from Lech L’cha in Genesis, not the famed narrative of chapter 12 in which God calls Abraham and Sarah to their legendary journey, but rather the verses of chapter 17 in which God initiates the Covenant with the Jewish people. As Gabe introduced his Torah reading, he stammered only a tiny bit as he mentioned the required circumcision of every male baby. This remark elicited a soft, sympathetic chuckle from the congregation.

They had no idea what was coming.

Olga Tenenbaum, Gabe’s mom, emigrated from Ukraine in 1996. Reflecting on her family’s earlier life, she presented a d’var Torah to Gabe in which she told him:

Many years ago, when your grandfather Arkady was born, he was circumcised according to Jewish law on the eighth day after his birth. For carrying out religious rituals, his father was expelled from the Communist Party and was harassed so greatly at work, the family had to move hundreds of miles away to a different part of the country.

Ultimately, Olga moved to America, followed by her sister and her parents. Knowing little about her Jewish heritage, which the Soviet Union had virtually erased, Olga began to educate herself. And now, many years later, with Olga’s parents sitting by her side, they watched together as Gabe became the family’s first bar mitzvah in a hundred years.

I looked on with awe and delight, imagining a hundred generations of Gabe’s family, the Jewish lives they had lived, had loved, had lost, and had now reclaimed. I was privileged and moved to witness this young family’s reentry into Jewish history. I thought about the cherished dreams of Gabe’s ancestors and here, unfolding before me, was the very “chain of tradition” that had been quite nearly demolished in Gabe’s family. On that morning, we saw those links repaired, reassembled, and reconnecting this family to its spiritual past and future.

There was a second, profoundly moving dimension to the celebration. Gabe’s dad, Michael Fuschillo, grew up here as a Christian. Upon marrying Olga, Michael supported her exploration of her Jewish roots, lovingly and selflessly participating in raising Jewish children. On many occasions, I have seen such a heroic gift received by a Jewish family from a parent from anohter faith background, and I shivered with astonished humility as I came to understand more fully the role this Italian-Catholic has played in rekindling the long-lost light of Judaism in his family’s life.

When Michael presented his own d’var Torah to Gabe, he said, “Abraham followed God’s Covenant and became the father of a nation. It’s not so important that you set the world on fire but rather that you kindle love in people’s hearts and become a force for good.” I am awe-struck by the generous tenderness proffered by this amazing father, who holds open a door for his children to re-enter the timeline of Jewish history.

We are fortunate to be part of a Reform Movement that has made it possible for us to embrace all – regardless of background or religious identity – who wish to embark on their own Jewish spiritual journey. Our movement embraces all who step into Jewish life and endeavor to create sacred space for those they love.

Judaism is an incredibly beautiful and meaningful way of life. It offers a makom, a holy place in which we gather to affirm something that is exquisite and precious, a place where we treasure one another for the goodness we bring to our community. Olga’s journey may have begun with her own curiosity, but others had to notice her, acknowledge the importance of her journey, and offer her companionship and guidance along the way. Michael may have been willing to hold open the door for his family’s journey into Jewish living, but thank God others were there to hold open that very same door for him, so that he would feel welcomed and sustained in joining his family along the way.

Because people supported and encouraged Olga and Michael at every turn, Gabe and his younger brother, Max, will share a love for Jewish life that, having once been present in their family’s earlier generations, is once again present in theirs. May we always hold open those doors. May we open them wide. And may we forever be privileged to witness the blessings that come through, as we welcome new feet to a place that our hearts hold dear. 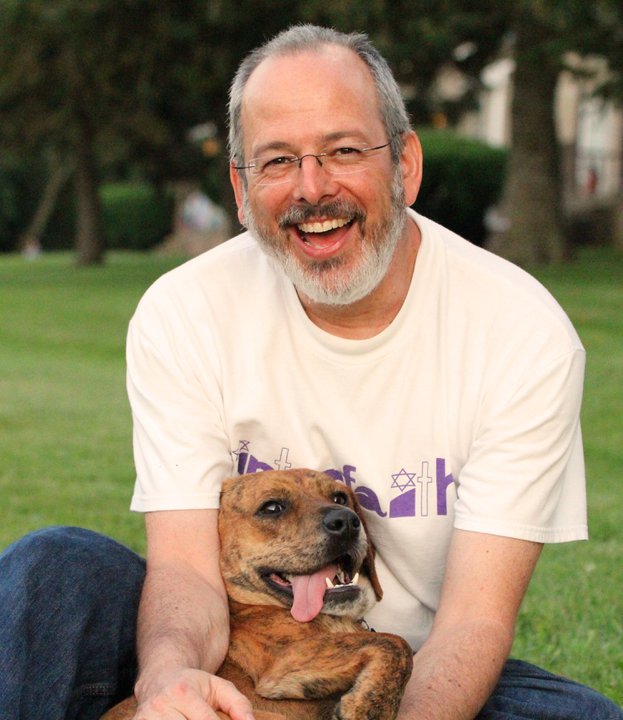 Rabbi Billy Dreskin is a rabbi at Woodlands Community Temple near White Plains, New York. His writings are online at his personal website and at The Jonah Maccabee Foundation.