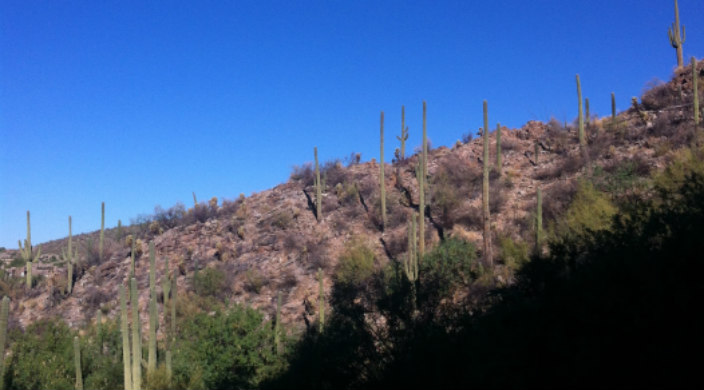 We journey through the Torah discovering truths. Sometimes we need to look hard in the Torah and in ourselves to discover the necessary truths to properly guide our actions. Sometimes the truth appears in the most unsuspected places. Leviticus is often thought to be the most boring and uninteresting book of the Torah. But, among the descriptions of the cubits of the tabernacle and the arrangements of the priestly garments are important lessons about how we deal with the inevitable sins of being human. Each year on Yom Kippur we read Leviticus Chapter 16 about sin and the scapegoat.

Why do we read about the scapegoat on Yom Kippur? In modern parlance we refer to the scapegoat as one upon whom we unfairly place the blame, which rightly belongs to the broader community. However, this is not what is described in Leviticus Chapter 16.

The animal sacrifices are described in the Torah many times in some vivid detail. We all know that we have long since abandoned animal sacrifice and our religion has thrived. After the destruction of the Second Temple, Judaism was saved by the discovery of using sincere prayer rather than animal sacrifice to commune with God. So we pray; we pray a lot, especially on Yom Kippur, when we pray in the sanctuary to God for forgiveness of our sins against God.

But, we are told that this is not enough. For sins against our fellow people, we must go out ourselves and make peace with them. This is where the second goat comes in. Rather than being sent up to God like the first goat, this goat was sent out into the wilderness laden with the sins of the community.

It was sent out to Azazel, an obscure term, which some rabbis say refers to a fierce and difficult land, an inaccessible region. Because we no longer sacrifice animals upon the altar, we no longer send animals out into the wilderness.

Instead we pray to God – and hopefully make peace with our fellow people.

We are quite devout and sincere in our prayers here in the sanctuary. We need to be equally devout in our journey into the wilderness. On Yom Kippur, as we send up prayers to God, we also need to send out our sincere quest for forgiveness from other people in the wilderness whom we have offended. Although this may be a difficult task – both fearsome and inaccessible – it is one that is necessary for the survival of our community. As Children of Israel, we are all in the wilderness ourselves. Let us not be in the wilderness by ourselves.

Edward D. Levin is a member of Judea Reform Congregation in Durham, NC.