How Torah Brought Comfort to a 91-Year-Old Widow 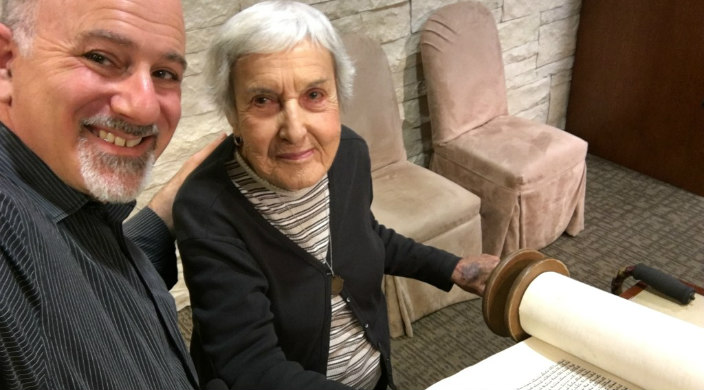 When 91-year-old Deana came to visit me, she came to find comfort and solace a year and a half after her beloved husband Alvin died – but it turned out that she spent more time teaching me Torat Chayim (the Torah of Life). In the process, she lifted both of us a little higher on the ladder of holiness.

Deana’s and Alvin’s love was the kind people yearn for. He was handsome; she fell for him quickly. He served his country, provided for his family, and became her everything. Two sons and two grandsons later, they were still each other’s everything.

And then, after 67 years together, he was gone.

Deana and I agreed: Better that our beloveds should go before us so they don’t have to live with the pain of being alone. Though she made this wish while Alvin was ailing, she confessed to me, “It is so much more difficult to be without him than I ever imagined.”

As we talked, she alternated between encompassing broken-heartedness and dismissing any expectation that consolation was possible – two realities held in tension. I wondered: Could there be any wisdom that might alleviate even 1/60th of her pain (Talmud Nedarim 39a)?

I asked Deana to help me roll Torah for an upcoming service. Cane in one hand, the other hooked in the crook of my arm, she hobbled into the sanctuary. When she stopped at the foot of the bimah (pulpit), I guided her up the steps.

We opened the ark doors and, following my instructions, Deana tentatively undressed the Torah. Together we placed the scroll on the podium, and I placed her between the atzei chayim (wooden rollers holding the parchment). She held tightly to each roller.

I marveled at what I was witnessing: Was Deana holding up the scroll to make sure it didn’t roll off the table? Or was Torah holding her up, giving her an aliyah (spiritual ascent) from the depths of her physical and emotional shakiness? For Deana, who never became a bat mitzvah, the experience seemed to be unique.

The Torah opened to parashat T’rumah (Exodus 25:1ff), calling out “Darsheini,” interpret me! I asked Deanna to help me prepare for an upcoming sermon and, with the yad (pointer) in hand, she followed my lead and pointing to each word, repeating aloud it after me. I translated.

I asked, “Beyond the gold and silver, what is the t’rumah (gift) we bring to God?”

Deana responded, “Our love, our caring.” These are as precious as fine metals and beautiful linen, we agreed.

“Because what else would God want from us if not to care for God’s creations?”

Her answer reminded me of rabbinic commentary explaining that the way to love God “with all our heart, soul, and might” (from the V’ahavta prayer, Deuteronomy 6:5) is to love and care for God’s creations.

We read that the Israelites should use zahav tahur (pure gold) to overlay the table. After contemplating what might be especially pure about our gifts, Deana proposed, “When love and caring is offered with sincerity, it is especially pure.”

We talked about overlaying the table in pure gold, set before God and our people. Surely  the love and caring Deana shared with Alvin and their family have been on display before the Holy One, strengthening our people and satisfying God.

We stood in silence. Then Deana gave me her terumah – a smile, the first I’d seen from her. We dressed the Torah together and, sitting her on the bimah chair, I placed the Torah in her arms.

When we put the Torah back in the ark, I explained that such a special experience is called a “Shehecheyanu moment,” one that calls out for a blessing.

Deane repeated each Hebrew word after me: “Baruch Atah Adonai… shehecheyanu v’keeimanu v’higeeanu…” We recited the translation: “Blessed are You, Eternal our God … who gives us life, who keeps us in life and…” When I spoke “lazman hazeh,” “this special moment,” Deana leaned over and gave me a kiss. She was beaming.

Deana originally came in to kvetch, cry, and find consolation, but she left smiling, with a shehecheyanu.

In our new book on Jewish parenting, my wife/co-author Michelle and I reflect on how grandparents and other older adults can pass Jewish values on l’dor vador, from generation to generation. For her part, Deana showed me the intersection of life’s tribulations and Torah’s ability to bring wholeness and healing, about Torah’s unique power to bring comfort and wholeness.

There is a blessing we say whenever we meet a revered scholar. After my time with Deana, I recited it to myself:

Praise to You, Adonai our God, Sovereign of the universe: You share Your wisdom with those who revere You.

Rabbi Paul Kipnes is the spiritual leader of Congregation Or Ami in Calabasas, CA. He serves as rabbinic dean at URJ Camp Newman in Santa Rosa, CA, and as vice president of the Central Conference of American Rabbis. Rabbi Kipnes and his wife Michelle November co-wrote Jewish Spiritual Parenting: Wisdom, Activities, Rituals and Prayers for Raising Children with Spiritual Balance and Emotional Wholeness (Jewish Lights). He also co-edited a national CCAR Journal issue on New Visions for Jewish Community.

Under his leadership, Congregation Or Ami has won national awards for social justice programming, for innovative worship programming, for outreach to interfaith families, and for engaging family education, and for best overall use of technology in a synagogue. Or Ami also wins the hearts of its families for its Henaynu caring community, which reaches out during times of need. He serves on the Rhea Hirsch School of Jewish Education clinical faculty at Hebrew Union College-Jewish Institute of Religion in Los Angeles. His writings can be viewed on his blog, Or Am I? and he tweets at @RabbiKip.

END_OF_DOCUMENT_TOKEN_TO_BE_REPLACED 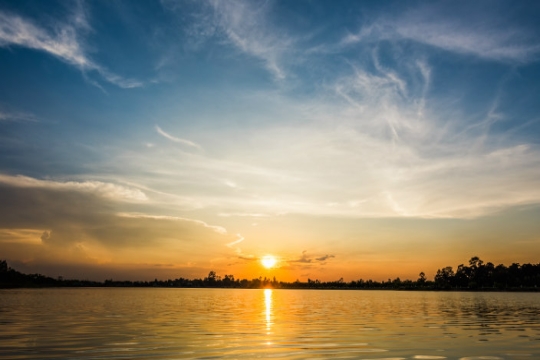 "A New Day": A Poem for the Gift of Living

"The light of day / Crept beneath my eyelids / And pushed sleep away..."
Jewish Values
Image 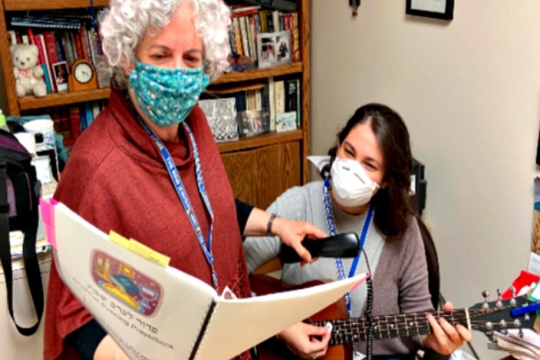 Even as structure and routine begin to crumble, ritual observances don’t stop for the virus. As did many generations of Jews before us, we must adapt ritual to this unprecedented way of life, and Shabbat services, a mainstay for nursing home residents, necessitated creative adaptation.
Aging
Image 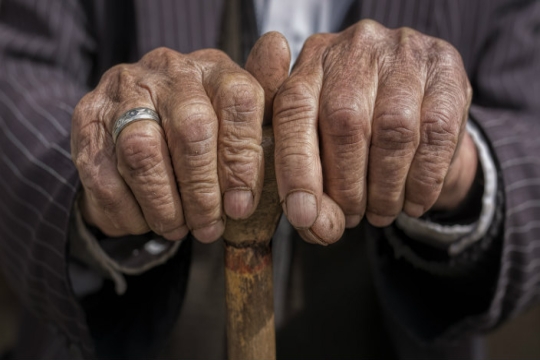 "Cherishing the Life of the Mind": Poetry, Humor, and Stories about Aging

The following poem, from Al Vorspan's posthumously published "Scrapbook Memoir," offers insight into aging with humor and grace – plus an important, biblical life lesson at the every end.
View More